If you were about during the 1980s and 1990s, you will most likely remember the introduction of home gaming.

Whether you had fun playing Space Invaders on a PlayStation 1, wound up with Tetris on a Gameboy, or were just attempting to ignore the beeping noises coming from the room next door, gaming was everywhere.

As soon as computers made it into our living rooms, both children and adults alike were equally hooked. Despite fans having their favourites – the thrill of Street Fighter, the levels of Super Mario or the entertainment of Pac-man, all individuals helped to build a huge community, which many have revisited this present day.

The gaming market has continued to rise year-on-year and was worth nearly a staggering £4.2bn in consumer spend in 2015. Although, it’s not only the new games and consoles that people are interested in. In spite of huge developments in the technology for video-games, passionate players are looking back in time to find their fix, with the likes of gaming giant’s, Nintendo and Sony, recently releasing retro mini-gaming consoles.

But why has retro gaming become so popular? Carry on reading to take a look at some of the factors influencing the retro craze.

The Feeling of Nostalgia:

In a world dominated by innovation and technology, we tend to find ourselves looking back at the past. So much so, that people are blowing off the dust to play their old favourites. As humans, we have a desire to look back on earlier ‘carefree’ times – soaking in the light of nostalgia. Now early gamers in the ’80s and ’90s want to be able to unwind and look back on what they loved as kids. Gaming journalist, Brendan Sinclair told CBC news:

“Games used to be aimed entirely at kids and those kids grew up.”

Alongside recreating childhood sessions of being slouched in front of a TV playing the classics, a major factor is the simplicity of earlier gaming consoles. Thanks to basic control pads and easy-to-understand systems, anyone could have a go at playing the games.

The joy that comes with playing earlier systems, is maintained in a way that is easily shareable with other players, whether that be friends or family. 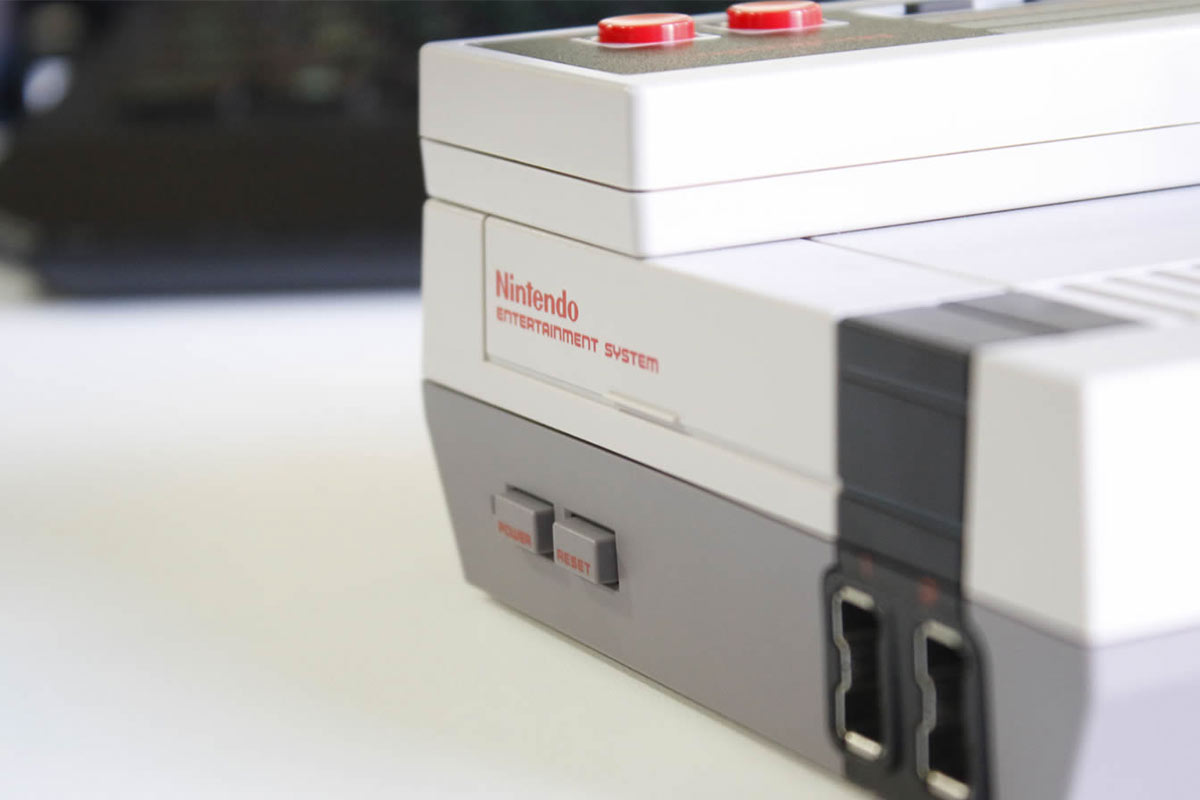 As the number of people climbing into their attics to dig out their old gaming consoles is increasing, naturally, this hasn’t been overlooked by the manufacturers.

In 2016, the gaming giant Nintendo endeavoured to capitalize on the nostalgic element by releasing a Nintendo Classic Mini NES. The console sold out immediately upon its release and the company were not prepared for the high demand that came with it. At the time, the imminent sell out overtook most modern gamic consoles like the PlayStation 4 and Nintendo Switch.

However, fans were saddened when the huge demand left supply outstripped and the console was discontinued for the following months, which led to resellers charging hundreds of pounds for the consoles. This meant Nintendo re-released the product again last June, promising that they would ramp-up production and ensure supplies never ran low.

Following in Nintendo’s footsteps, last year Sony decided to bring back it’s original PlayStation console in a miniature version, named the PlayStation Classic. Subsequently nearly 25 years after it’s initial release, the console proved a hit with fans of the mini-console trend and is an instant show-stealer of a collectable.

Both of the consoles come with pre-loaded ‘fan favourite’ games and original style controllers. Very similar to Nintendo’s mini-gaming model, Sony’s PlayStation Classic is approximately half the size of the original device and is actually small enough to be held in only one hand.

French arcade gaming company, Atari, also have plans to bring out a new retro console, following a staggering 40 years after it’s original Video Computer System. The console, named Atari VCS, was available to pre-order back in May 2018, with fans not receiving supply until spring of this year. CEO of Atari, Fred Chesnais, told VentureBeat that the console will be “based on PC technology”.

Fans of retro gaming have embraced the new, smaller devices very well, nevertheless, it will undoubtedly not stop them from collecting the original devices. 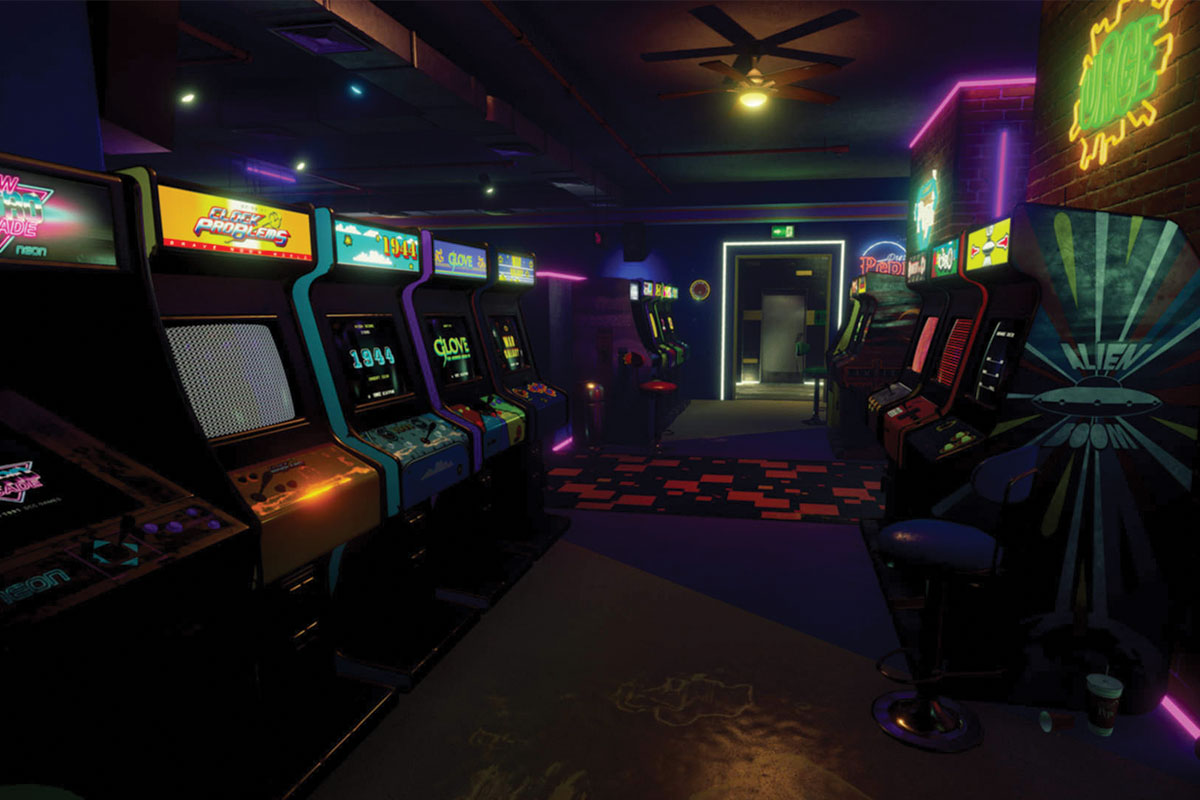 Whatever your purpose is for playing on an old controller, you are not on your own. All around the world, there is an extensive community of retro gamers who likewise, enjoy sharing their love for this field.

If you want to put vintage gaming to the test before purchasing your own nostalgic model, you can do so by visiting a gaming arcade or cafe. Over the past few years, there has also been a revival in arcades or cafes featuring vintage devices. Although these are something more commonly found in places like the US or Japan, the UK is slowly getting in on the action.

In 2015, The National Videogame Arcade was opened in Nottingham. As a centre for all things gaming, it’s doors welcome a great number of visitors each year and runs huge exhibits and includes vintage arcade machines. After costing a whopping £2.5m to build, the centre is celebratory of the gaming industry and proves that gaming can be for everyone. Games entrepreneur, Ian Livingstone, states:

“It’s not just guys making games for guys, there’s cultural and diverse content and also diversity in creation, which is more important.”

With centres like this only opening just recently, it proves that retro gaming is an element that is only getting bigger and more significant as the years go by.

It’s not Game Over.

You may be an individual dedicated to playing Red Dead Redemption or Fortnite on your modern PlayStation, Xbox or Nintendo Switch. But in 2019, there is no questioning that Retro gaming is indeed, far from Game Over. Have you dug out your old console yet?

If you are looking for the best retro gaming gadgets that will take you back in time, then be sure to head to our website now to view our full range of products.

Wireless Charging: What Is It?