The Witcher 3 Game of the Year Edition (Sony PS4) 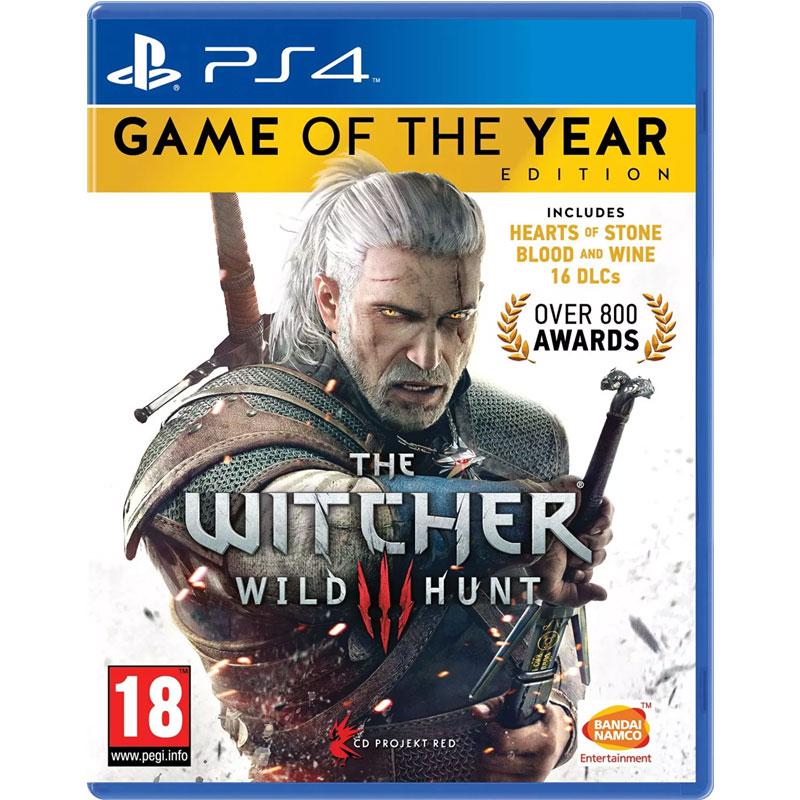 The Witcher 3: Wild Hunt Game of the Year edition brings together the base game and all the additional content released to date.

The Witcher 3: Wild Hunt Game of the Year edition brings together the base game and all the additional content released to date.
Includes the Hearts of Stone and Blood & Wine expansions, which offer a massive 50 hours of additional storytelling as well as new features and new areas that expand the explorable world by over a third.

Affords access to all additional content released so far, including weapons, armor, side quests, game modes and new GWENT cards.

Features all technical and visual updates as well as a new user interface completely redesigned on the basis of feedback from members of the Witcher Community.

- Play as a Highly Trained Monster Slayer for Hire.
- Trained from early childhood and mutated to have superhuman skills, strength, and reflexes, witchers are a socially ostracized counterbalance to the monster-infested world in which they live.
- Gruesomely destroy foes as a professional monster hunter armed with a range of upgradeable weapons, mutating potions, and combat magic.
- Hunt down a wide variety of exotic monsters, from savage beasts prowling mountain passes to cunning supernatural predators lurking in the shadowy back alleys of densely populated cities.
- Invest your rewards to upgrade your weaponry and buy custom armor, or spend them on horse races, card games, fist fighting and other pleasures life brings.
- Track Down the Child of Prophecy in a Morally Ambiguous Fantasy Open World.
- Built for endless adventure, the massive open world of The Witcher sets new standards in terms of size, depth and complexity.