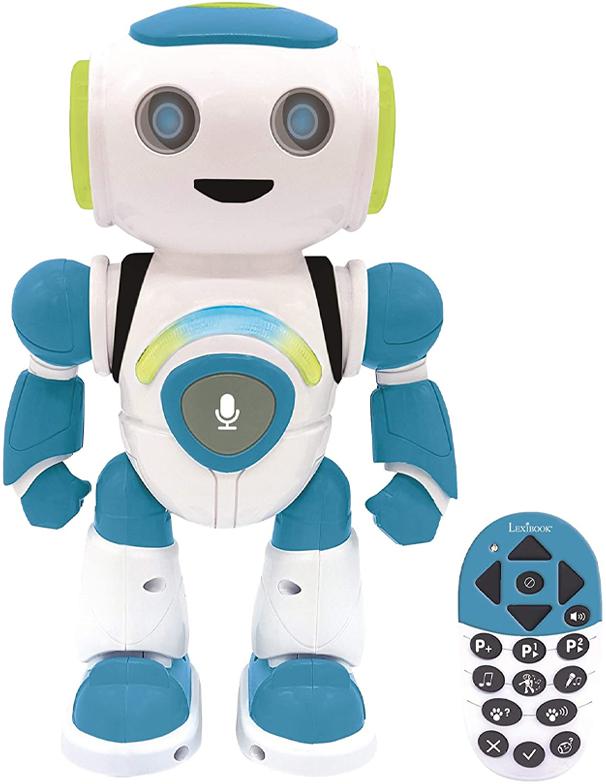 Your new friend - A speaking Explorer robot that dances, plays music, reproduce animal sounds and more! With tons of surprises, sounds and light effects, its a great and lovable gift for kids aged 3+.

Your new friend - A speaking Explorer robot that dances, plays music, reproduce animal sounds and more! With tons of surprises, sounds and light effects, its a great and lovable gift for kids aged 3+.

A speaking explorer robot that dances, plays music, reproduce animal sounds and more! With tons of surprises, sounds and light effects, its a great and lovable gift for kids aged 3+.

Contains an incredible animal guessing mode: The kid thinks of an animal, the robot toy will ask a few questions to be answered with Yes/No/I don't know, and he will try to guess it! Unicorn, llama, cat, dog, sloth....a real challenge to find an animal he doesn't know yet!

Program up to 40 actions with the ability to add music to create your own dances and choreographies he will memorise! He repeats after you - With the playback and recording function, he can repeat what you say with its funny robot voice. Includes a karaoke feature, where he will repeat in music! He will also reuse later what is taught to him.

Control the robot toy forward, backward, to the right and left, he can go in any directions!

It’s a marvel of technology, with his tactile sensor. Touch the top of his head, and he will react!

Learn animal sounds with him

The robot toy also includes a quiz mode. It will reproduce an animal sound, and you'll have to guess which one it is! The otter, the panda, the walrus, the wildebeest, a learning game both educational and very funny!

He repeats after you…

Press the record & playback button and he will repeat after you with his hilarious robot voice! He will even remember the sentences you teach him, and will reuse them later!

He plays music and dance! And within the programming function, you can even add music to record your own choreographies! 9 melodies available with different styles (techno, pop, groove, country ..)!

11/06/2019
In days gone by, there has been a very strict sense that toys are for playtime and books and station... Read more