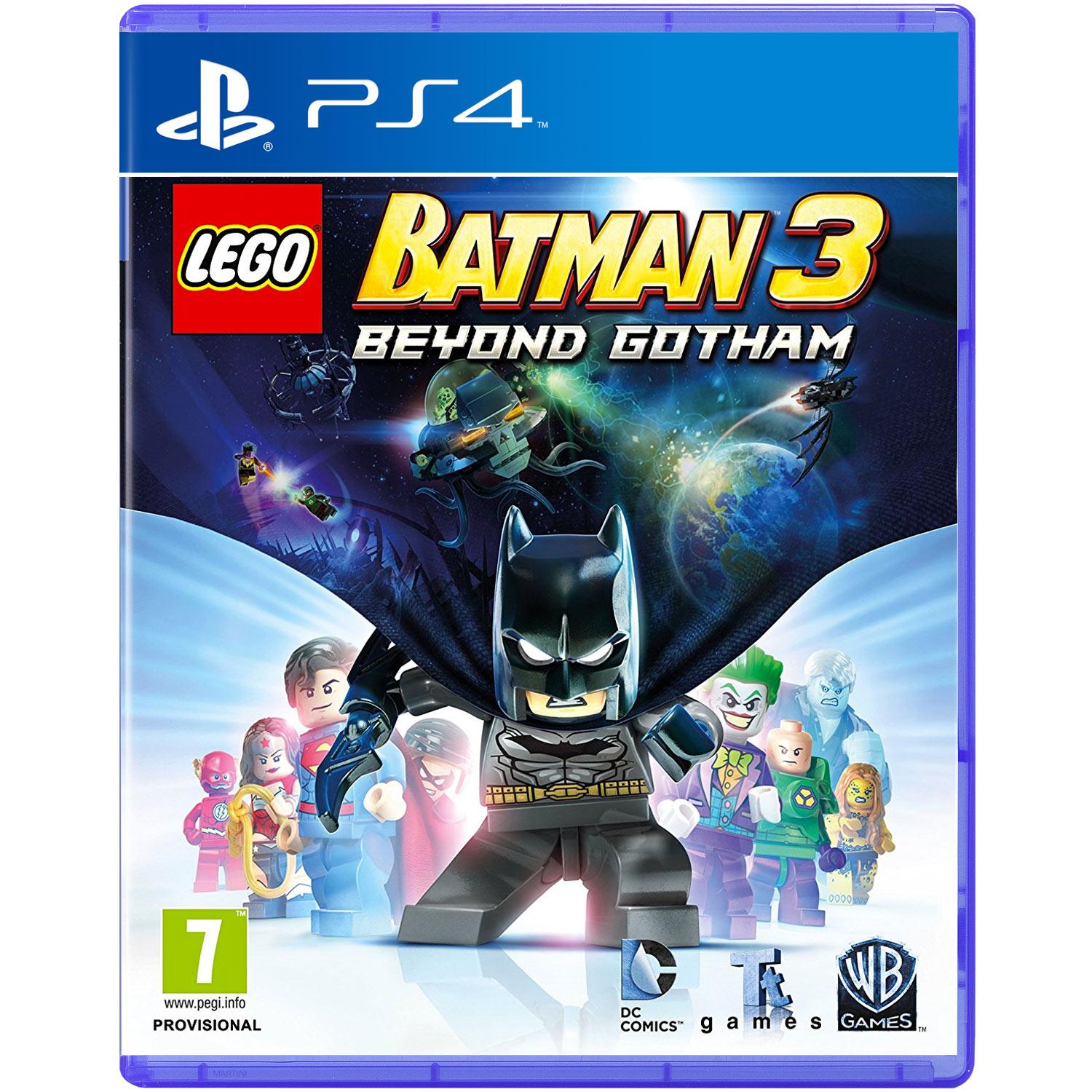 The best-selling LEGO Batman video game franchise returns in an out-of-this-world action-packed adventure!
LEGO Batman 3: Beyond Gotham
In LEGO Batman 3: Beyond Gotham, the Caped Crusader joins forces with the superheroes of the DC Comics universe and blasts off to outer space to stop the evil Brainiac from destroying Earth. Using the power of the Lantern Rings, Brainiac shrinks worlds to add to his twisted collection of miniature cities from across the universe. Now the greatest superheroes and the most cunning villains must unite and journey to different Lantern Worlds to collect the Lantern Rings and stop Brainiac before it’s too late.

Exciting space combat
For the first time ever, battle with Batman and his allies in outer space and the various Lantern worlds, including Zamaron and Odym.

Robust roster of DC Comics heroes and villains
Play and unlock more than 150 characters with amazing powers and abilities, including members of the Justice League, and BIG LEGO Figures such as Cyborg and Solomon Grundy.

Unique storyline with new plots and twists
Surprising disguises, Brainiac’s mind control ability, and the power of the Lantern Rings bring a whole new twist to characters you thought you knew.

Hack computer terminals
Enter a virtual world to escape mazes, battle in arenas, and race to find the code.

Bat-tastic Gadget Wheel
With a simple press of a button, choose and upgrade select character’s suits and abilities.

Variety of iconic locales
Visit the Hall of Justice, the Batcave, and the Justice League Watchtower to access shops, trophy rooms, and hero and vehicle customisers.