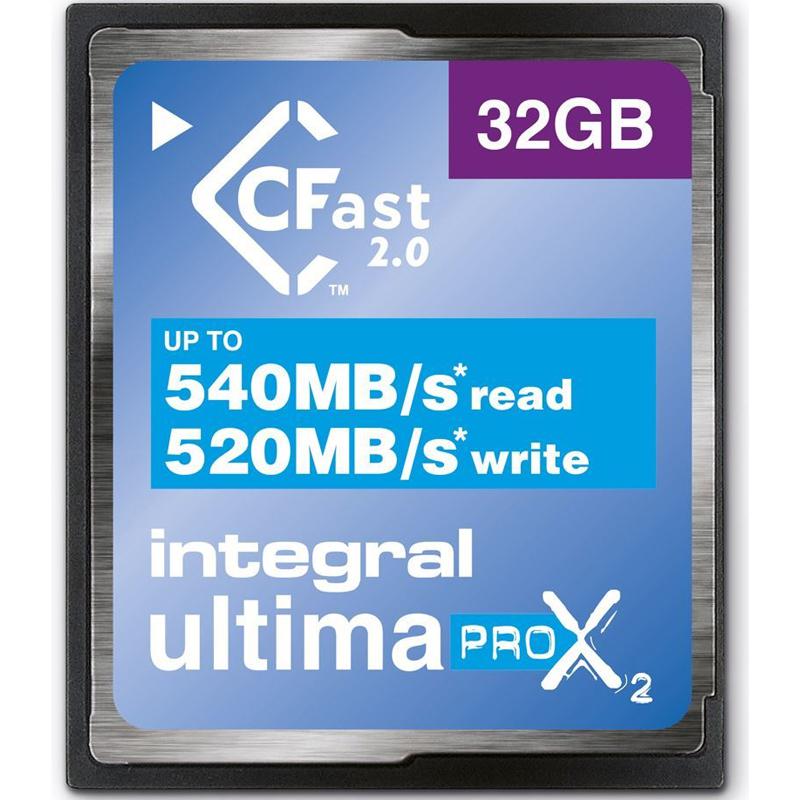 Is My Device Compatible?

Your device is compatible with:

Your device is not compatible with:

Integral UltimaPro X2 CFast 2.0 memory cards are ideal for the latest high performance DSLRs and video cameras, allowing the user to capture high-quality RAW images and 4K video and with the high transfer speed; effectively improve workflow in production.
Integral CFast 2.0 cards have the performance for a new generation of high performance DSLRs and video cameras - featuring write speeds of up to 540MB/s (3600X) and datatransfer (read) speeds of up to 550MB/s. Save time when moving large image or video files from your camera to your computer.

Capture the highest quality 4K video in DSLRs and camcorders. Integral CFast 2.0 memory cards can keep up with the burstmode shooting of professional-grade.

Integral CFast 2.0 cards have high reliability, low power consumption and high shock resistance, all delivered in a small form factor and SATA interface. CFast 2.0 leverages the SATA-3 interface for higher performance based on a computing industry storage interface and protocol. DEVSLP - Provides a low power sleep mode that helps preserve battery life when the card is not in use.

27/12/2017
The final instalment of our LED part series wraps up by pitting the two main types of bulbs against ... Read more

21/12/2017
Carrying on from our previous blog post on the benefits of LED, we dive further in to the difference... Read more