During Apple’s annual September event, the company announced the new iPhone 11 lineup, alongside a range of new products.

On Tuesday 10th September, Apple unveiled a slew of new hardware products at an event held at the company’s Apple Park headquarters in Cupertino, California. The centre of attention was very much focused on the much-anticipated iPhone 11, with the reveal of three new iPhone models.

Expecting the event to mainly focus on the new lineup of iPhones, Apple also took the opportunity to introduce the Apple Watch Series 5 and entry-level iPad, which is compatible with a full-sized Smart Keyboard and Apple Pencil. The tech-giant also gave more details on its upcoming gaming subscription service and AppleTV+.

Missed the event? Carry on reading for our roundup of everything that was announced at Apple’s ‘By Innovation Only’ keynote. 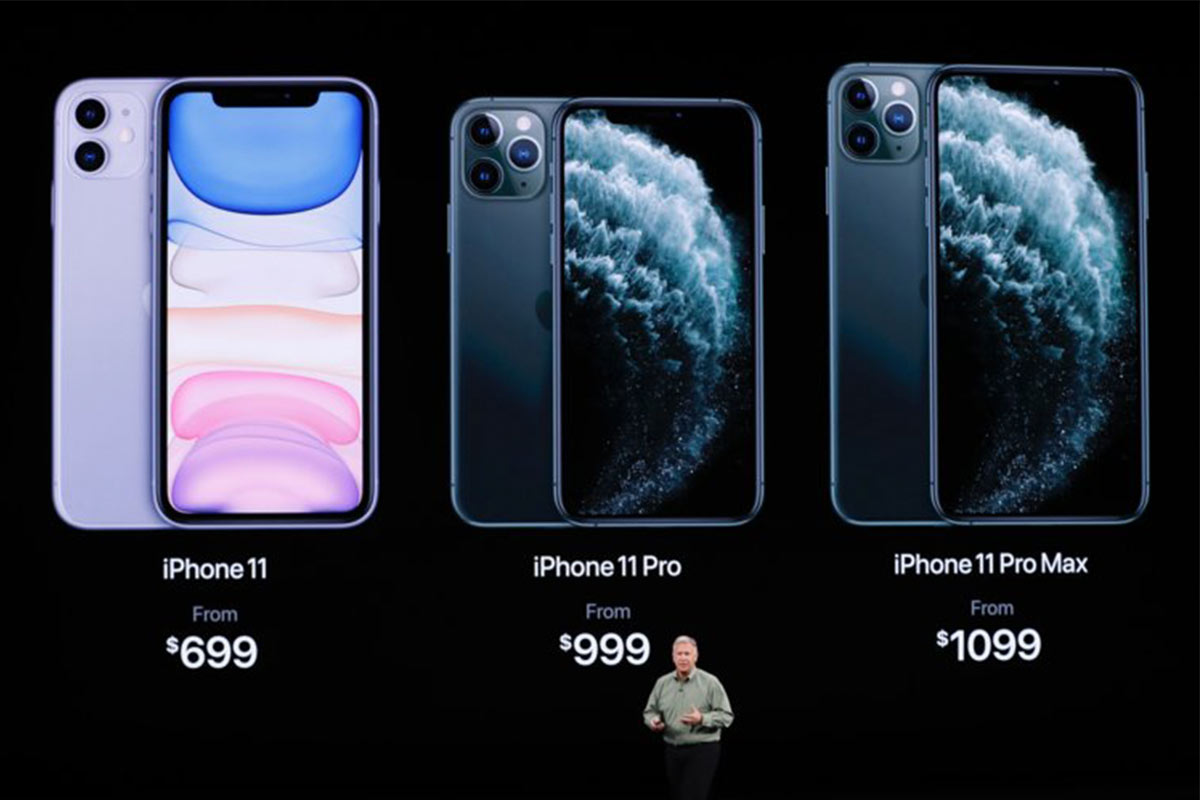 During the event, Apple officially unveiled the ‘cheaper’ iPhone 11 as the follow up to the iPhone XR.  With a 6.1-inch Liquid Retina display, the aluminium-framed iPhone 11 is available in six colours including; purple, green, yellow, white, black and red. Aside from a fresh colour palette, the biggest change of all is the addition of another camera lens. The dual-sensor camera arrangement on the rear of the device has a 12-megapixel wide camera lens, paired with a 12-megapixel ultra-wide camera lens with a 120-degree view.

The iPhone 11 Pro and it’s a larger sibling, the Pro Max, both have Super Retina XDR displays measuring at 5.8-inches and 6.5-inches, and are both framed by a new matte stainless steel design.

In regards to battery and performance, the iPhone 11 range packs a powerful punch. The devices carry larger batteries than its predecessors, with the company stating that the battery lasts up to 1 hour longer on the iPhone 11, up to 4 hours on the iPhone 11 Pro, and up to 5 hours more on the Pro Max. The 11 lineup runs on the A13 Bionic chipset, which Apple is claiming as the fastest mobile processor available today, and will operate the new iOS 13 straight out of the box – which includes the much-anticipated Dark Mode feature, a swipe keyboard and faster performance. 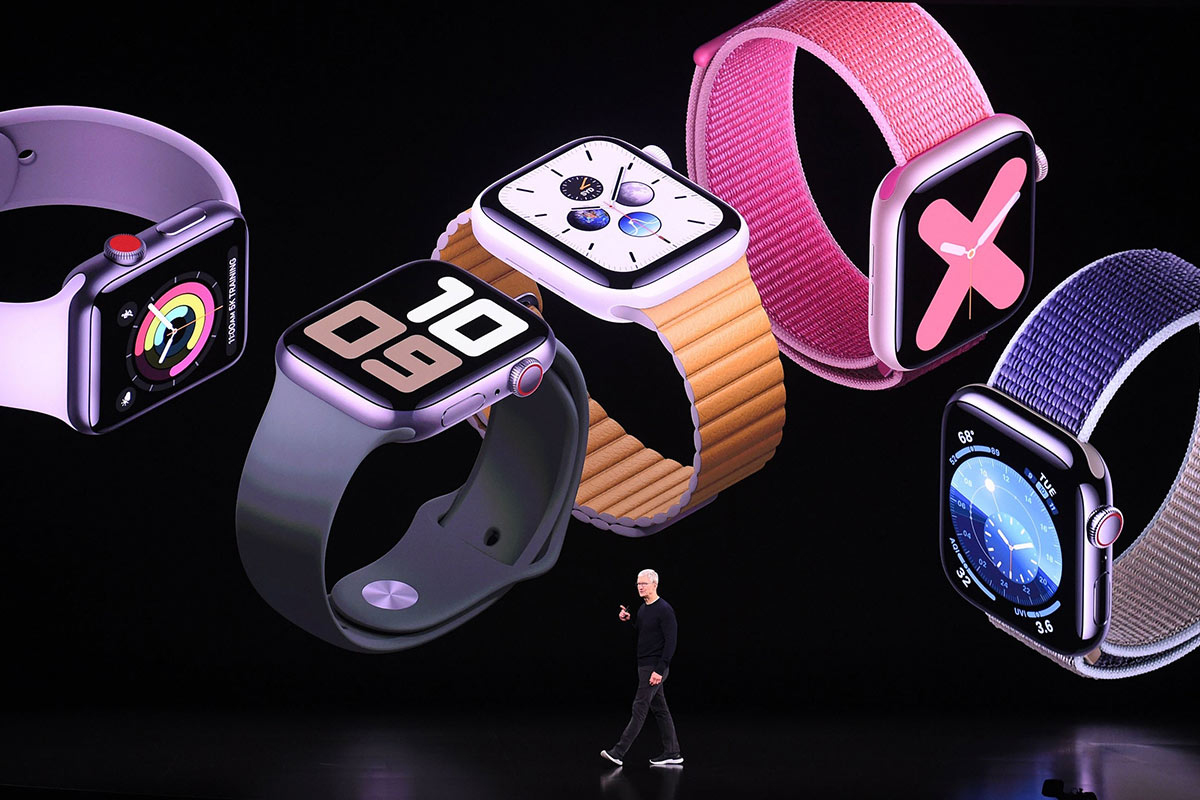 However, one big change that has been made, is that that display on the Apple Watch 5 doesn’t switch off. The always-on display feature allows you to look down at your watch and see what’s on the screen. Apple has said that the new feature still allows the Watch 5 to have the same 18-hour battery life as previous models by being able to drop as low as 1Hz refresh to save power.

The Watch also comes with a compass, optimised faces, and international emergency calling, allowing you to easily call for help when you are away from home. Combined with the power of watch OS 6, Series 5 can monitor your heart rate, track your menstrual cycle and even watch out for your hearing.

The Series 5 sports a variety of new bands and faces, whilst being made from 100% recycled aluminium.

Orders for the device have already opened on Apple’s website and will go on sale on Friday, September 20th. Prices start from £399 for the GPS model and £499 for the cellular version. 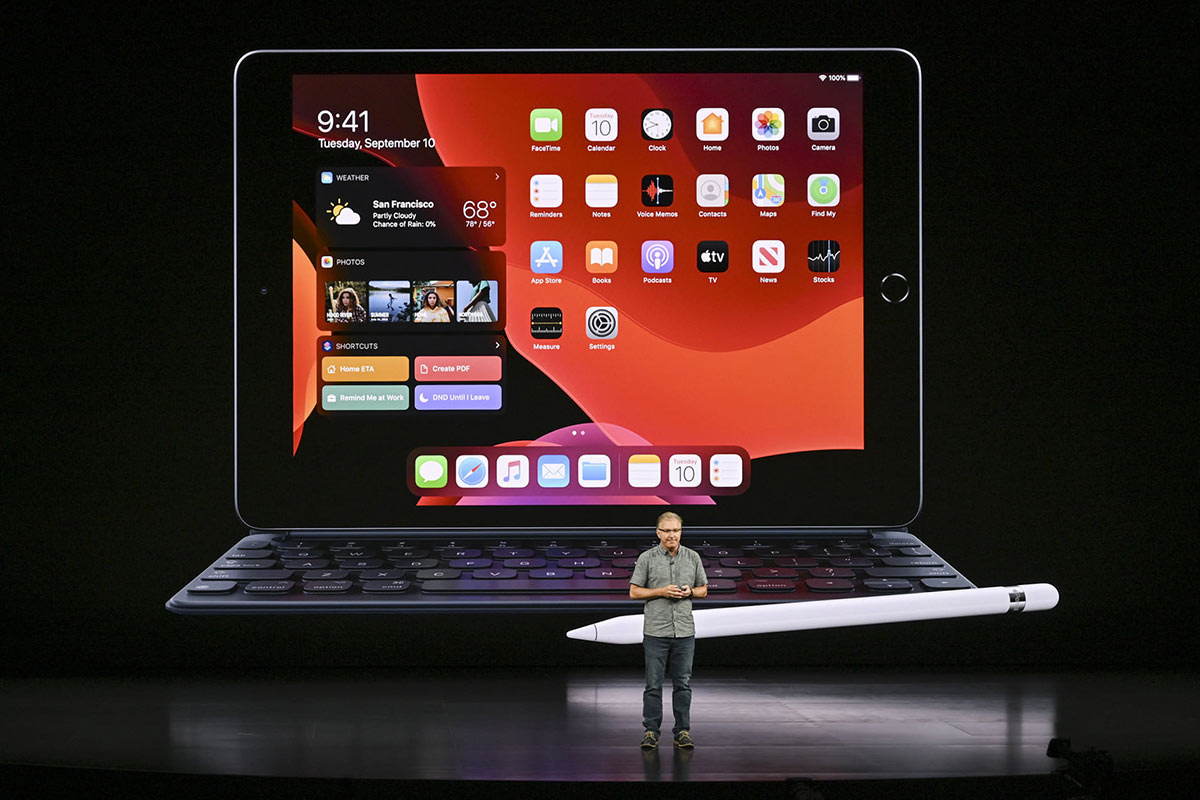 Alongside the iPhone 11 range at this year’s launch event, Apple has confirmed the launch of a new 10.2-inch seventh-generation iPad. Replacing the company’s sixth-generation iPad, the device has been optimised for the new iPad OS.

iPadOS was announced during WWDC 2019 and now recognises the iPad as its own platform. The operating system encompasses a range of improvements for tablet users, by making better use of the screen and including new gesture controls. The grid app icons on the home screen are much tighter, allowing more to be fitted on the screen. Additionally, the new system lets users utilise split-screen mode to view two app windows at one time, whilst Slide Over lets you swiftly pull over an app over another window.

Perhaps the best bit is that iPadOS now supports the plug-in of a USB drive or memory card reader.

The new iPad from Apple houses a more powerful A10 processor and just like the Apple Watch Series 5, is made from 100% recycled aluminium.

Designed to be the cheapest iPad that customers will purchase at £349, the new iPad is compatible with a full-sized Smart Keyboard and first-generation Apple Pencil. The option to add these new features position the Apple tablet closer to that of a laptop.

The device is available to order now and will be shipped on Monday 30th September.

Apple Arcade and Apple TV Plus 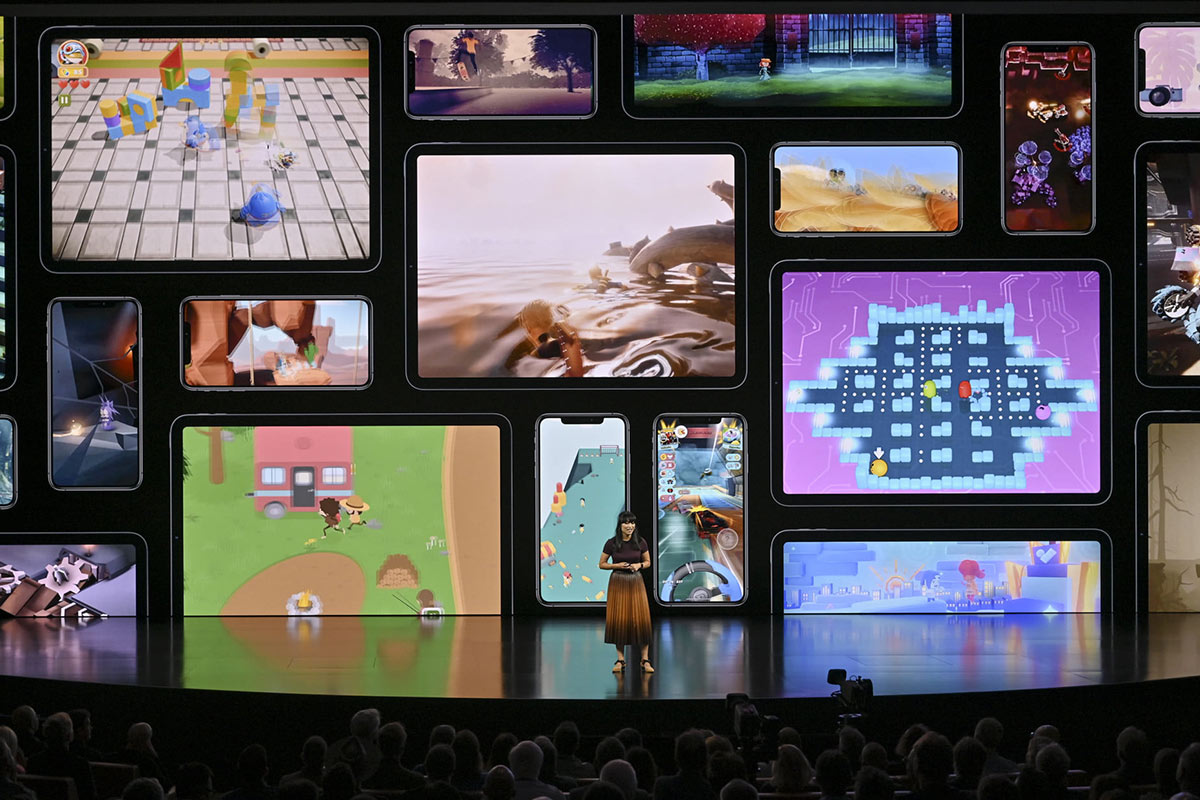 Last but not least, is the introduction of Apple Arcade and Apple TV Plus updates.

Apple also took the opportunity to shed more light on its gaming subscription service, which will be released for iOS, iPadOS and macOS on September 19th. The video game service will allow users to access more than 100 new games at just £4.99 a month. Games will include; Where Cards Fall, The Pathless, LEGO Brawls, and Oceanhorn 2: Knights of the Lost Realm.

Like what you see? Head to our website now to find the best accessories for the iPhone 11.

How to Wear Headphones Properly

10 Things to Consider Before Building a Gaming PC