One of the most common projects you can find online for Raspberry Pi boards is a retro-gaming set-up. Some people are still very passionate about retro handhelds, and with some engineering tricks, they add extra functionality to these devices. Thus, the nostalgic feeling they get from playing retro games is enhanced with the excitement from the new added features. The following project, though, takes this gaming setup to a new level.

A dedicated retro gamer made a Game Boy Zero device using a Raspberry Pi Zero and an original DMG-01 Game Boy. From the outside, the device looks like one of Nintendo’s 27-year-old handhelds, but its plastic shell hides a rechargeable 2,000mAh battery instead of the four triple-A’s, a Bluetooth receiver, and a Raspberry Pi.

Because the original Game Boy could only manage monochrome games, Game Boy Zero uses a 3.5-inch composite colour display that makes it capable of playing more modern games. The tiny Raspberry Pi inside runs Emulation Station, a software that lets you play games from not only the Game Boy’s back catalog, but from the NES, SNES, and even Sega’s Genesis and Master System consoles. The device creator says the tiny machine is powerful enough to run anything up to Game Boy Advance games. 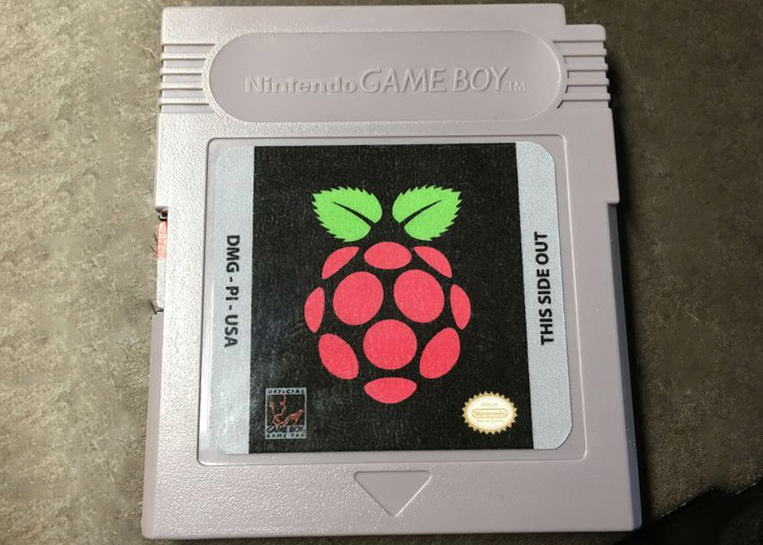 Even more impressive is the fact that the gamer was also able to turn an old Game Boy cartridge into an SD card reader. The Game Boy’s cartridge connector was adjusted accordingly, and it’s able to read the files contained on the SD card just as Nintendo’s original handheld would boot inserted games. The creator said he did this to “have the same satisfaction of putting a cartridge in and powering it on like you would on a regular Game Boy.”

Other changes involve adding two more buttons to the original handheld and some very small shoulder buttons on the back of it for extra functionality. The Game Boy Zero also has a mini-HDMI out (where the contrast scroller used to be), micro-USB for charging and regular USB for an external peripheral like a keyboard.

On our website, you can shop for memory cards, USB flash drives and hard drives compatible with your Raspberry Pi model.

How to boost your Wi-Fi signal