Triggered on by Apple’s release of it’s iPhone 8 and X lines, over the past year or so wireless charging pads have become ever more commonplace.

Despite this, and although wireless charging has been around for years, it has struggled with mass adoption. On the whole, users believe that using a traditional charger will benefit them more, but this isn’t the case. Most of us are happy with just using cables, but as advancements in wireless charging progress, they will start to take over.

How does wireless charging work?

Wireless charging operates by using an electromagnetic field which transfers energy between two different objects. Energy is then passed through to an electrical device by an inductive coupling. This device then utilises this energy to charge the battery.

Why should I use a wireless charger?

There are many advantages to using a wireless charger for your device, inclusive of:

Increased convenience: Perhaps the biggest advantage of using wireless charging is convenience. There is only one cable needed, which is for supplying power to the wireless charger. Gone are the days of trying to untangle your charging cable in time before it drops below 1%. Just ensure the charger is plugged into a power supply, simply place your phone on the pad and watch your smartphone gain juice. No cables and no delay. Additionally, only one wireless charger is needed for multiple devices. So there is no requirement to unplug your partner’s phone to charge your own.

Protected connections:  Due to enclosed electronics, you will not have to touch the charging port or charging port covers at all when using wireless charging. As well as stopping the unnecessary fiddle to plug your phone into the charging cable, there is less erosion. Additionally, wireless charging creates a smaller risk for electrical faults (i.e short circuits), which may occur more frequently when plugging and unplugging your device into a charging cable.

Enhanced durability: As there is no need to continually plug and unplug your device using a cable, there is inevitably less hard wear collectively on the cables and socket of the device.  In addition to this, plugging your device into an unknown cable may not necessarily be all that safe. Whilst, on the other hand, placing your handset on a charging mat should present a more secure and safer method of charging. 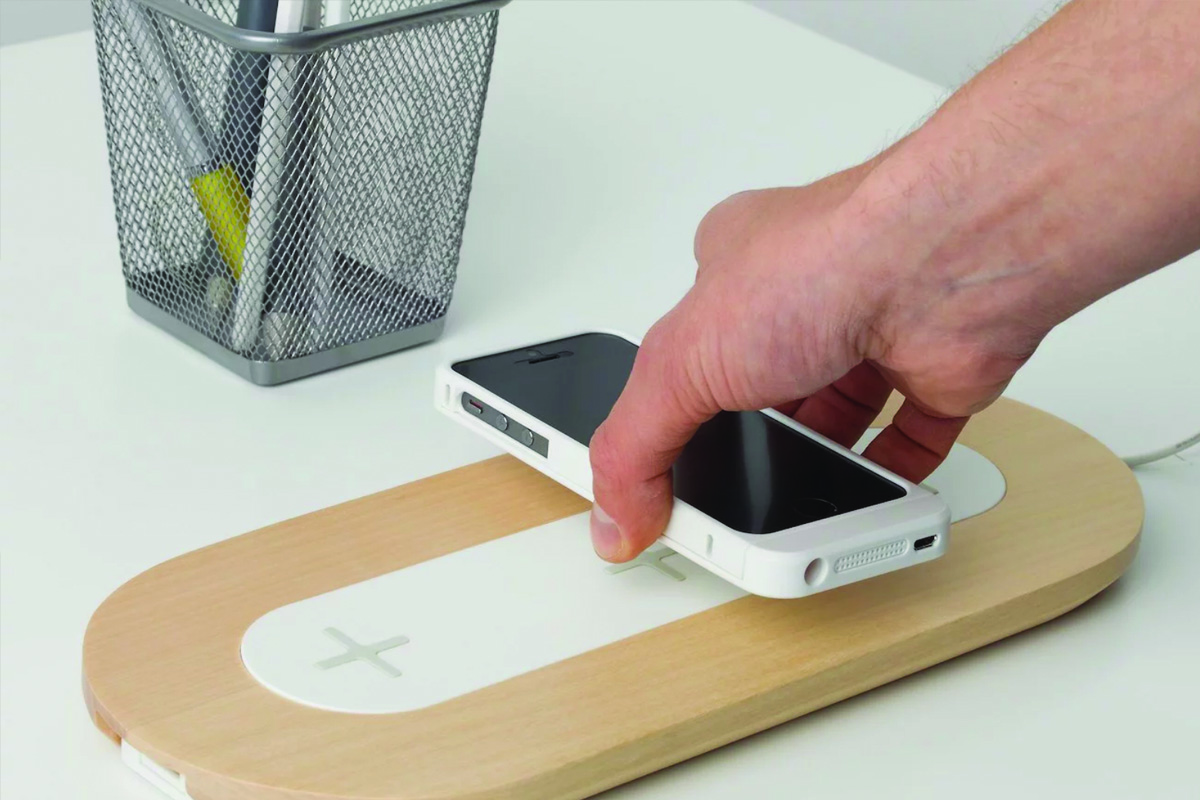 Although wireless charging prevents the need to plug a cable into the charging port of your phone, it still requires the wireless charger to be plugged into a power source.

But as of present, advances in technology mean that we are closer to a cord-free charging life than we have ever been previously. “But how?” I hear you say. By doubling the speed of today’s wireless charging standards and charging phones over the air, respectively.

Currently, wireless charging pads can reach a maximum of a 15-watt output. However, in the near future, we will be able to charge phones at a maximum of 40 watts. That’s 2.5 times faster than the current speed (the latest iPhone models charge at 7.5-watts, whilst Samsung and LG handsets charge at 15-watts). This is all thanks to developer of wireless power solutions, Powermat. The company is presently working on a new wireless charging standard to maximise charging speeds.

This form of traditional wireless charging has had a push in the right direction by reason of Apple’s adoption of the Qi inductive power standard. Apple’s embracement of traditional wireless charging – also referred to as contactless or inductive power, joins the likes of Samsung and LG. Beforehand, Powermat was Qi’s biggest competition. However, since Apple has chosen to adopt the charging standard, Powermat have concluded to support Qi rather than fight to beat it.

The unification of one charging standard means that the industry is working in agreement rather than against one another. Thus, this means that going forward, Powermat’s attempt to double charging speeds will work for all smartphones that support this technology.

“We’re talking about 30 watts [of power]”. Not 40. Still, that’s good enough to take your phone from a completely drained battery to 100 percent charge in 25 minutes.”

Although, this new advancement won’t happen overnight. Devices will need to become compatible with the technology before we will be able to power phones and perhaps even laptops at a 40-watt output.  This process may take a few years to occur. Yet, you will start to notice speeds of charging slowly increasing during that time.

Advancement 2 – Charging at a distance:

Picture this. You’re sat the sofa captivated by the tense ending of your Netflix programme.. and your phone drops below 5%, but you are nowhere near a plug socket to charge your phone. Wouldn’t it be great to charge up your device without having to get up from the sofa? Well, this could be a reality in the near future. Companies are beginning to bring over-the-air wireless charging to a number of devices. Meaning you could lounge anywhere and still see your battery fill up.

Soon, a much more flexible and robust solution will take place to ensure the technology is completely wireless. Over-the-air charging will give users the flexibility to use their device while charging, but at a distance. This means that your phone, fitness watch, tablet and even laptop could possibly get a boost just by simply relaxing on your shelf. This is on the assumption that it is paired with the wireless charger, in the correct range and actually needs to be topped up. Wattup, a product created by Energous, has been making an impact in the tech industry with their wireless charger transmitter. This over-the-air transmitter works the same as a Wi-Fi network and uses radio frequencies to power up numerous devices up to 15-feet away.

This advancement will eliminate the disadvantage of not being able to use your phone to its full potential whilst it is on charge. For now, you can eliminate the problem of having to plug into a socket by using a portable solar charger. 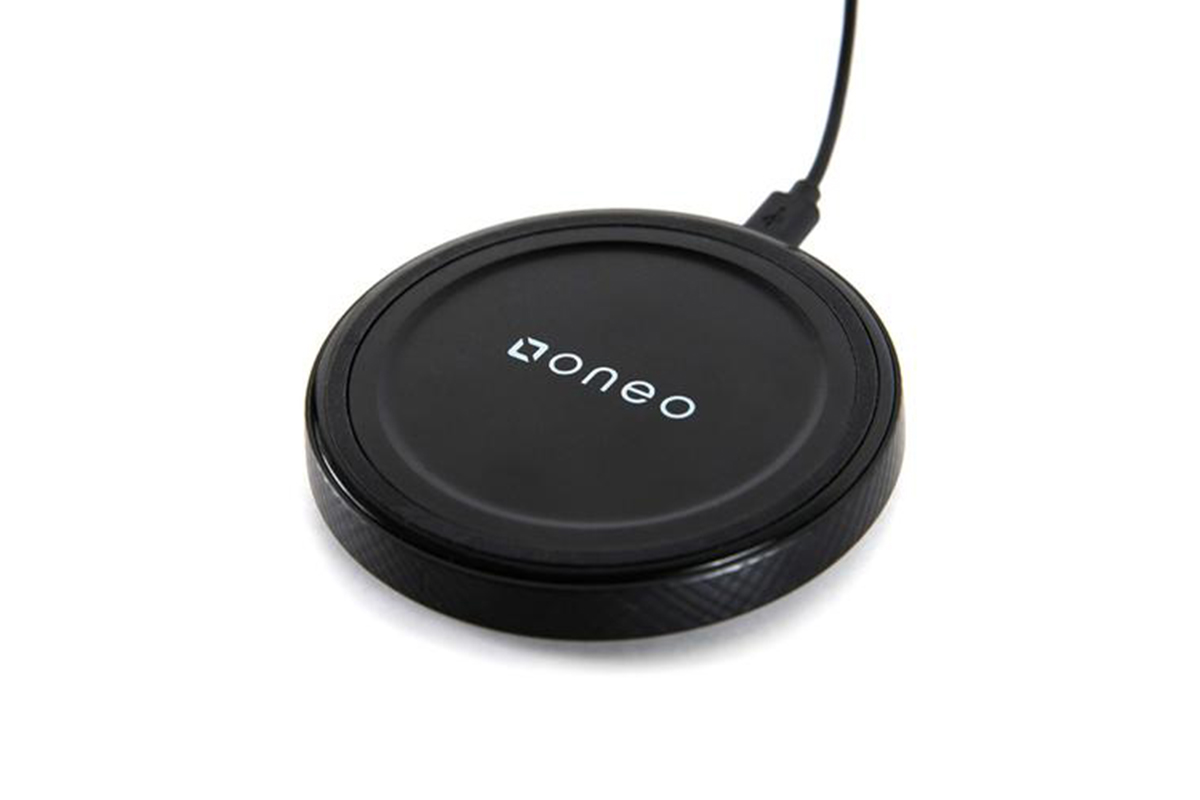 As smartphones get updated and new models are released, the wattage for charging will also increase. As this hardware is updated, you will not need to replace your oneo wireless charger any time soon due to its 15-watt charging output. This Qi-Certified charger is compatible with any Qi-enabled device and has the ability to charge through phone cases under 3mm thick.

The oneo 15W Qi Fast Wireless Charger is always at the ready and is simple and easy to use, providing wireless power whenever you set your device on the pad. 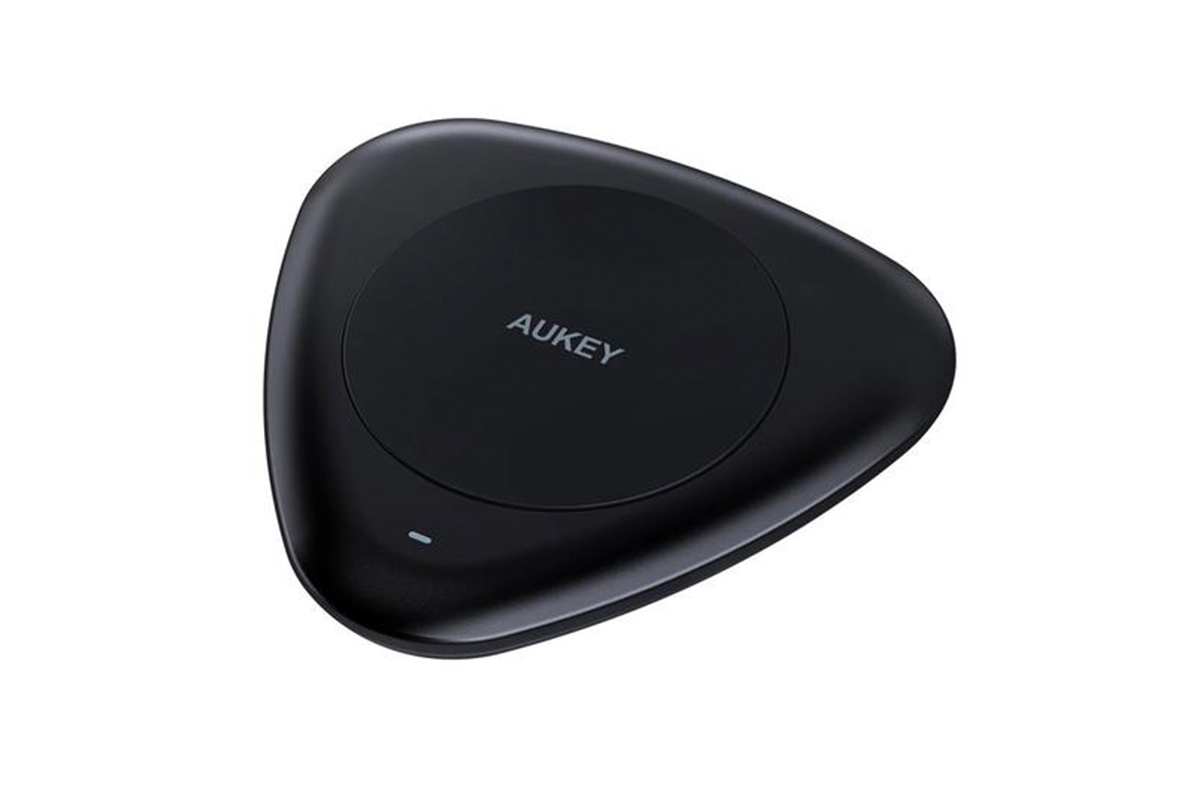 The contemporary design and effective wireless charging area mean there is no need to struggle aligning your phone to find the sweet spot. This pad feature an anti-slip rubber charging area to keep your phone in place and an LED indicator which will let you know the charging status of your device.

This wireless charger supports any Qi-compatible device and charges well through cases and skins. 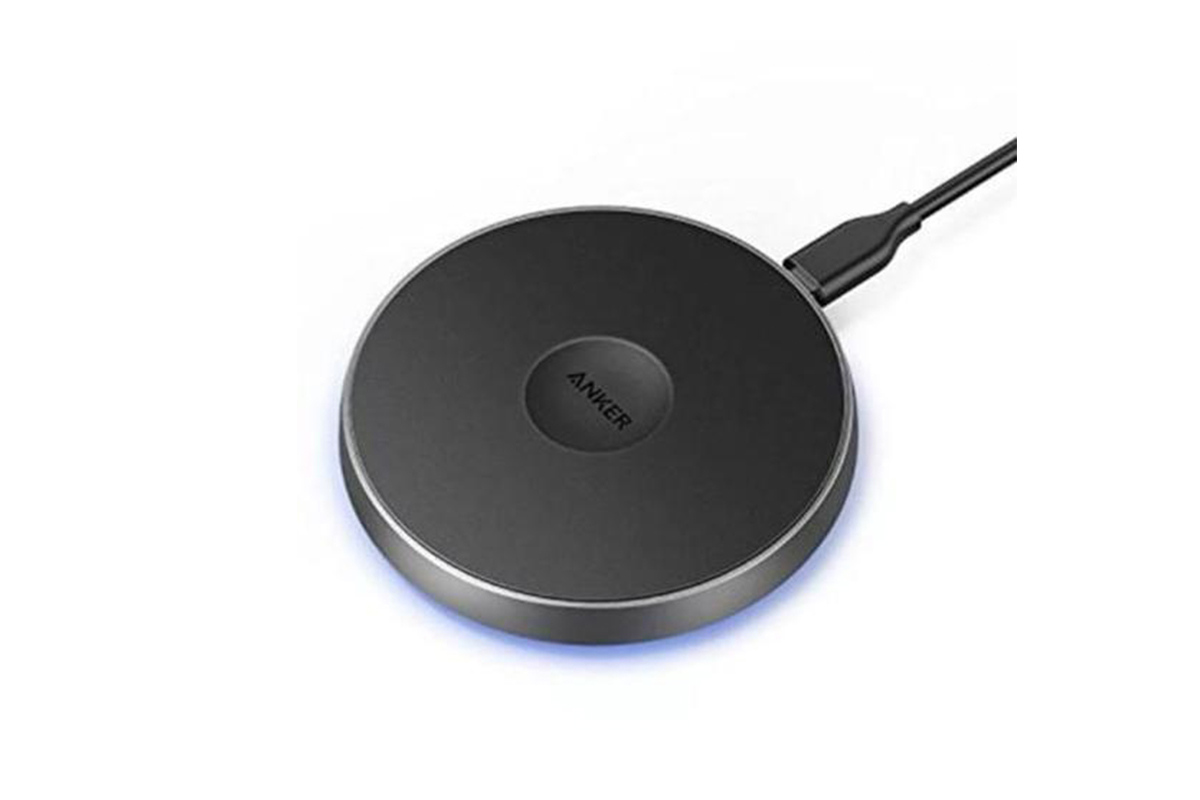 The stylish aluminium alloy frame provides additional protection, whilst the surface is made of anti-slip material to keep your device in place. This wireless charger from Anker features a slimline design that fits into any environment and with most interiors.

The charger features a cool LED ring light, with an on/off switch, that indicates the charging status of your device.

Wireless charging may not have caught up to traditional as of yet, but the three recommended wireless charging pads outlined above, provide a great alternative to a cable. Perhaps advancements in future technology (charging at a distance at double the speed), will bring about mass adoption of wireless charging sooner than we think.

Do you currently use a wireless charger? Or are you doing it old school with charging cables? Let us know in the comments below!

How Much Mobile Data Do I Need?