Did you miss what was announced at Apple’s Worldwide Developers Conference? We round up everything unveiled at the feature-packed event.

During Apple’s WWDC keynote held at the San Jose Convention Centre in San Francisco, California, the tech giant unveiled a host of exciting announcements and big upgrades. Over the course of the two and a half hours, the company continued to announce new updates and features for all of the operating systems run on Apple devices.

Additionally, the announcement of the new Mac Pro captivated the audience, with an incredible new redesign.

A lot was packed into the company’s annual event, so to make it a little easier for those who didn’t have a chance to watch the keynote, we have rounded up everything important that was announced at Apple WWDC 2019. 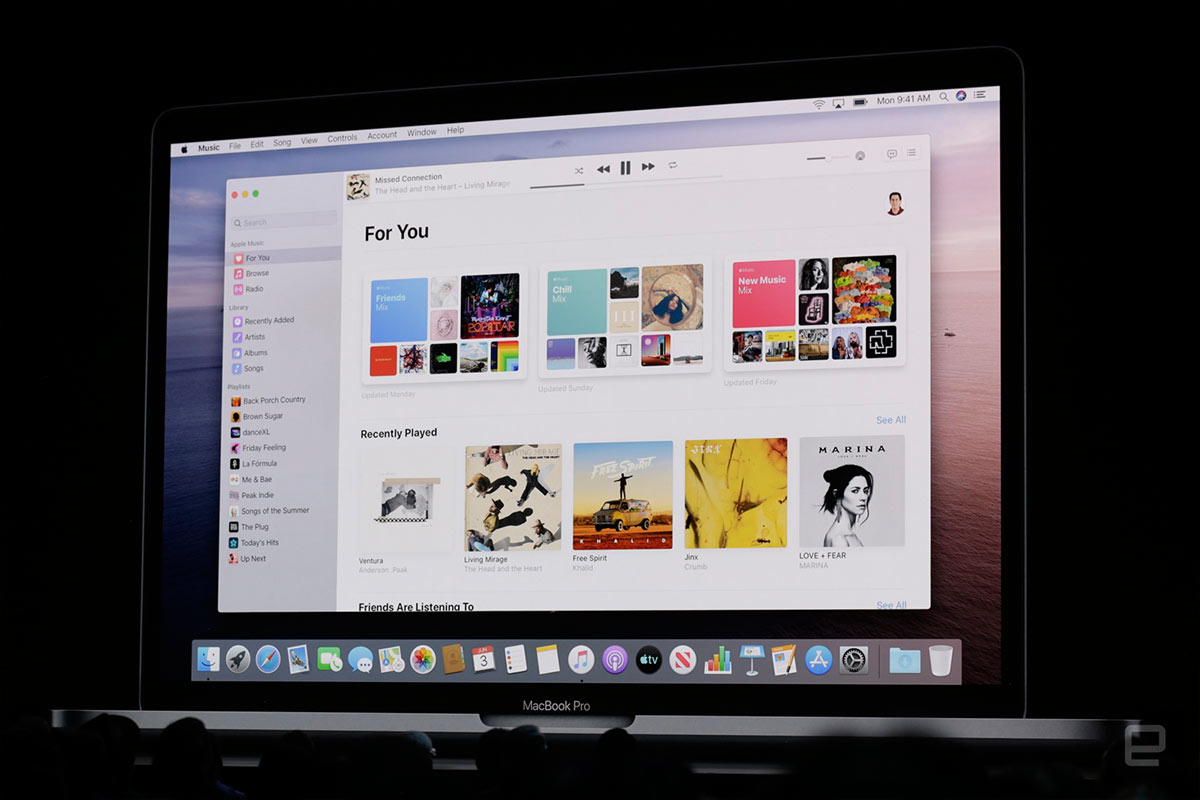 Apple revealed the new desktop operating system for MacOS, known as ‘Catalina’. The new 10.15 version features a replacement for iTunes, as users will now be able to access content under three separate apps labelled as Apple Music, Podcasts and TV – perhaps you could say iTunes is officially dead.

Catalina also gives users the ability to use an iPad as a second display. SideCar is an app available with the new MacOS that lets an iPad work as an external screen for any Macs running Catalina. The iPad can be connected either wirelessly or through a cable.

Also coming to Catalina is a brand new Apple app designed to help users find lost Apple devices and friends all under one tab. The app called Find My, can locate your devices even when they are offline all via a low-power Bluetooth signal.

Voice Control will soon be available for both iOS and MacOS, giving users the ability to control everything on their devices by using just their voices. From opening apps to selecting an image, Voice Control will give users full control from using just vocal commands entirely. 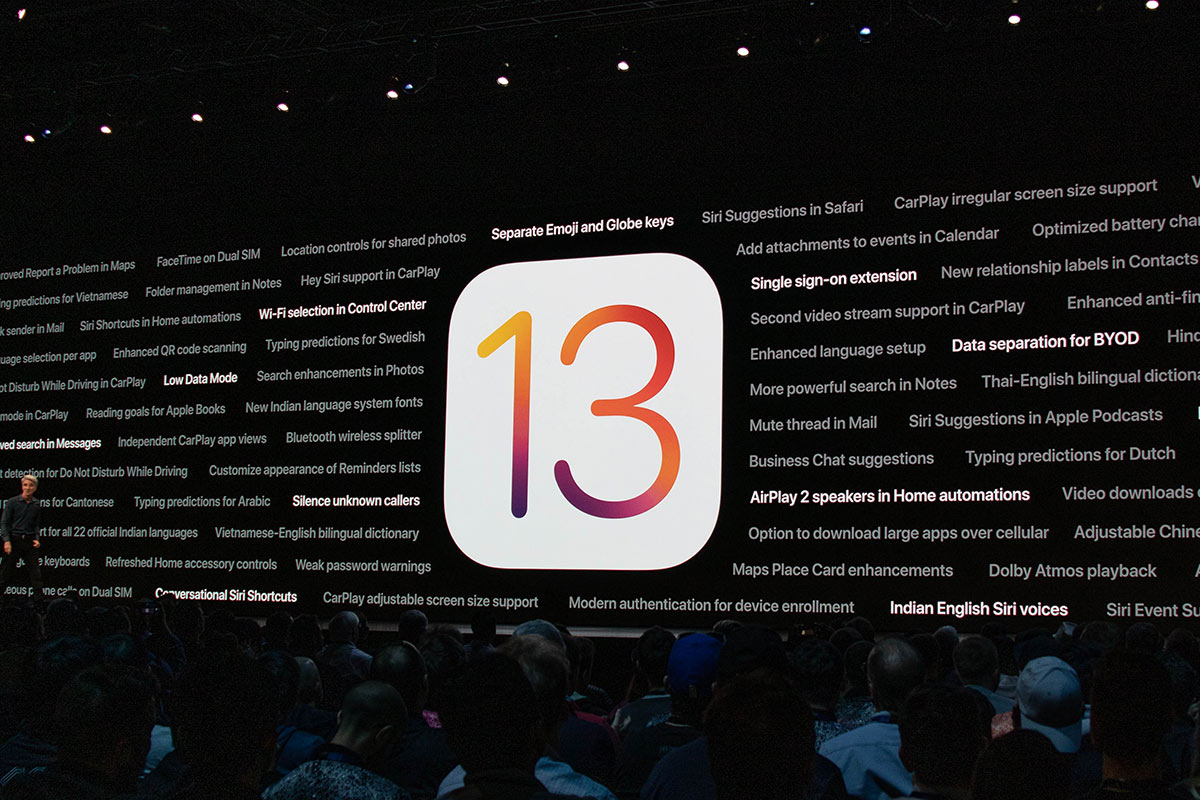 As predicted, iOS 13 was announced, and with its announcement came some serious upgrades with a focus on improved performance. Perhaps the most anticipated, and most exciting piece of news is that Dark Mode is coming to the iPhone.

Alongside the inclusion of a swipe keyboard, Apple has stated that iOS 13 comes with faster performance too, claiming that Face ID is 30% faster, apps are 50% smaller and updates are 60% smaller, meaning the launch rate of apps is now 2x faster than before.

As well as various small updates, iOS 13 marks the introduction of a bigger upgrade for the likes of Reminders, Photos, and more. The new Reminders app has been completely re-designed to be more intelligent, by automatically being able to recognise days and times, tag people, and add subtasks.

The Photos app is getting new browsing choices to make users photos and content more organised. Using machine learning, the app will now be able to sort through clutter and duplicates, to organise photos and albums on your phone. Additionally, it includes new editing choices and the ability to rotate videos. 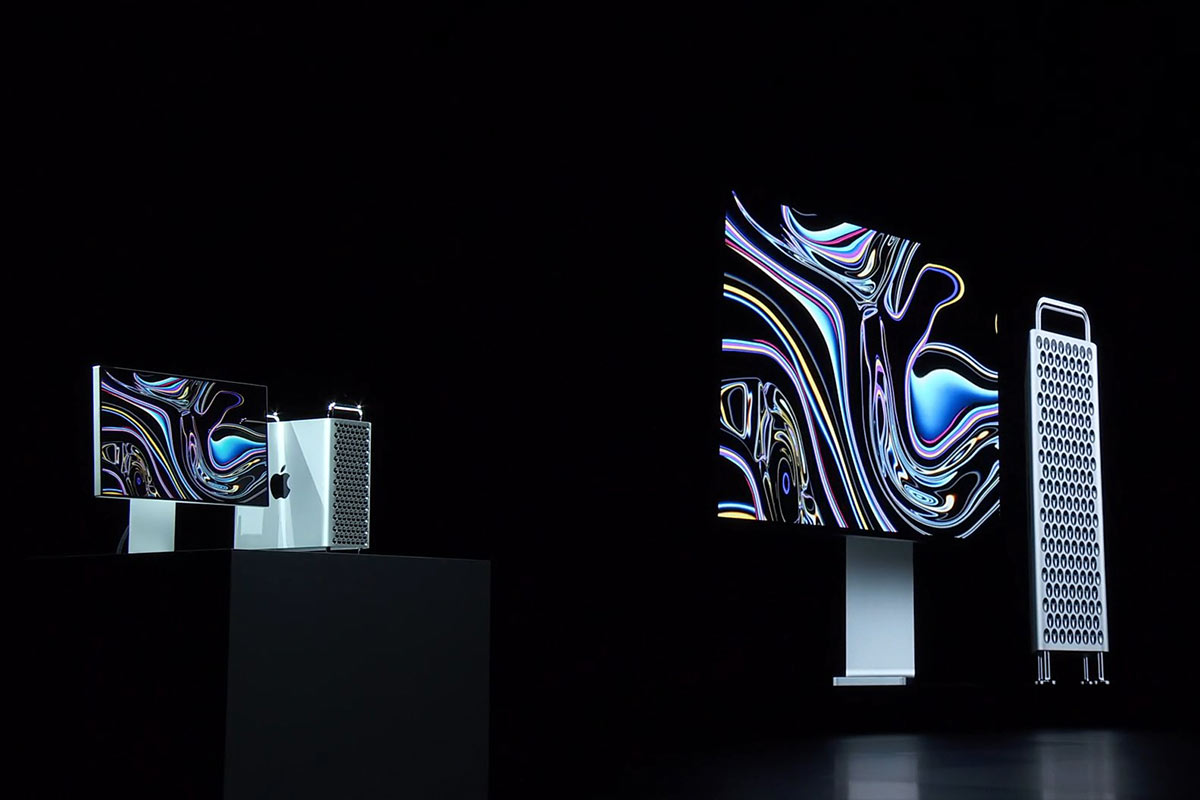 Although WWDC was predominately focussed on software upgrades, Apple used the keynote as an opportunity to unveil the newly redesigned Mac Pro. Having had a serious revamp, the showstopper desktop features a new stainless and aluminium design with a ‘cheese grater’ front and back plate intended to maximise airflow.

Fitted with the latest 28-core Intel Xeon processor, 1.5TB of RAM, 4TB of SSD storage and a 1.5W power supply, makes the new Mac Pro nothing short of a powerhouse. It features six slots for memory expansion and a new processing card, called Afterburner, which has the ability to support up to three streams of 8K at the same time. 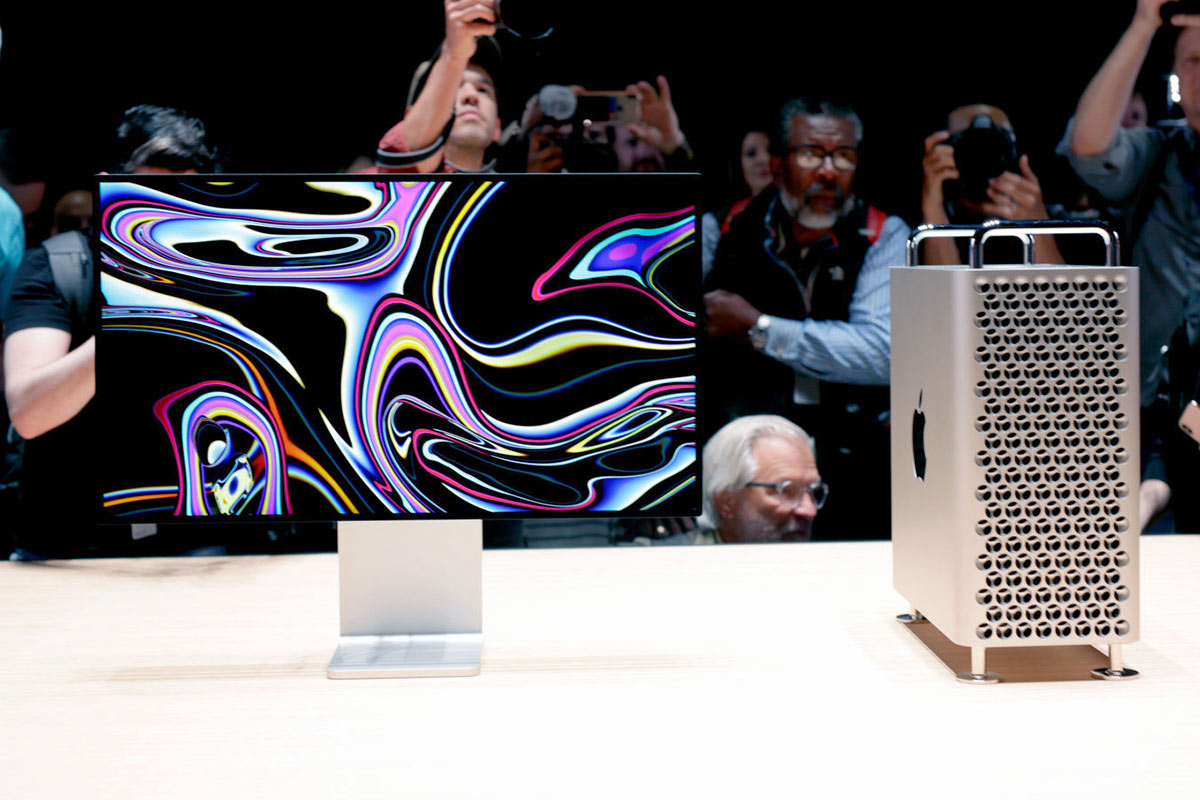 Apple has made sure that there is an equally-stunning screen to go alongside such a powerful computer. If the newly-designed Mac Pro didn’t take your breath away, then the screen it’s paired with definitely will.

The Pro Display XDR features a 32-inch LCD Retina 6K screen with a 1,000,000:1 contrast ratio. Other features include P3 wide colour, a wide viewing angle and support for Apple’s ‘Extreme Dynamic Range’ which can connect six displays and offers performance well beyond HDR.

Similar to the Mac Pro, the back of the Pro Display screen features a grated hole design to help regulate heat coming from the LED backlighting system. The extremely bright screen with 1,000 nits is seriously impressive. 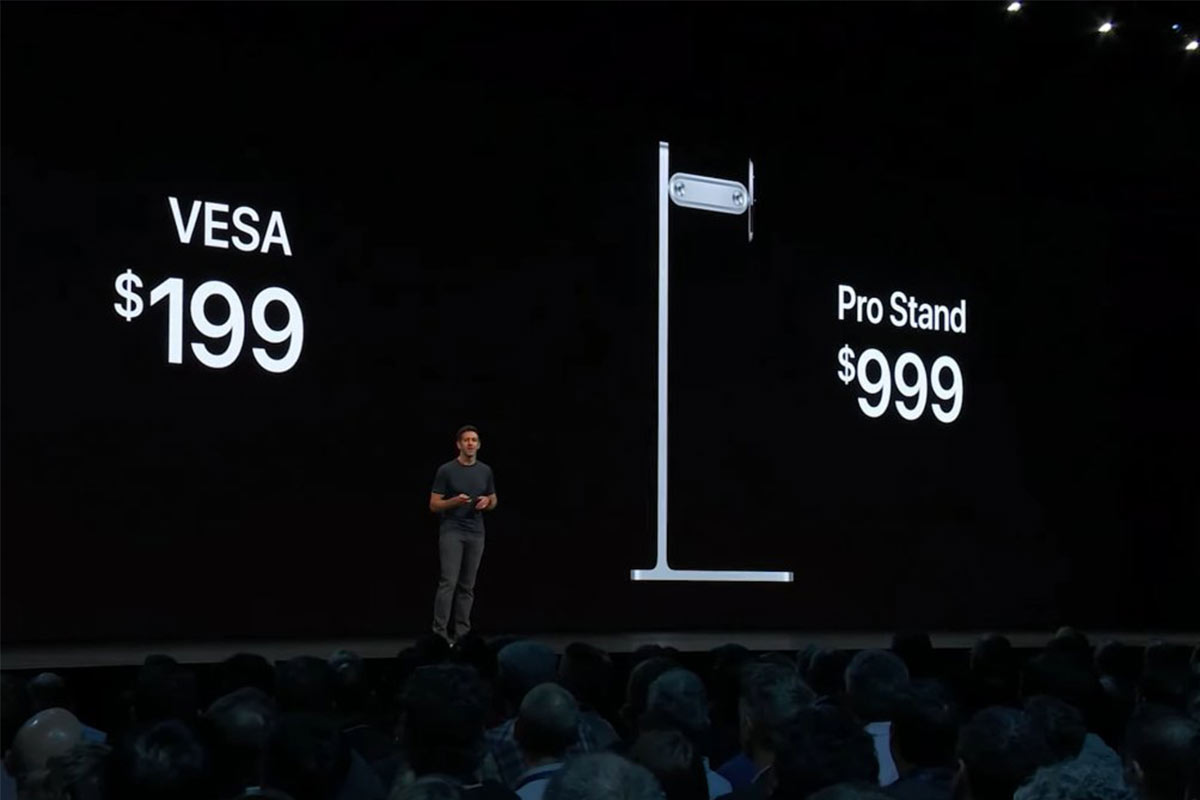 It’s worth mentioning at this point, that the computer screen doesn’t actually come with a stand. Instead, the tech giant also unveiled the computer monitored stand during WWDC, which will set you back an additional $999 (£787).

The staggeringly high-priced stand does allow the Pro Display XDR to rotate into portrait mode. This functionality will be great for jobs like retouching photos, creating a web page or coding.

Apple’s official press release about the new product illustrates how the Pro Stand will complement the Pro Display XDR:

“The Pro Stand has an intricately engineered arm that perfectly counterbalances the display so it feels virtually weightless, allowing users to easily place it into position.” 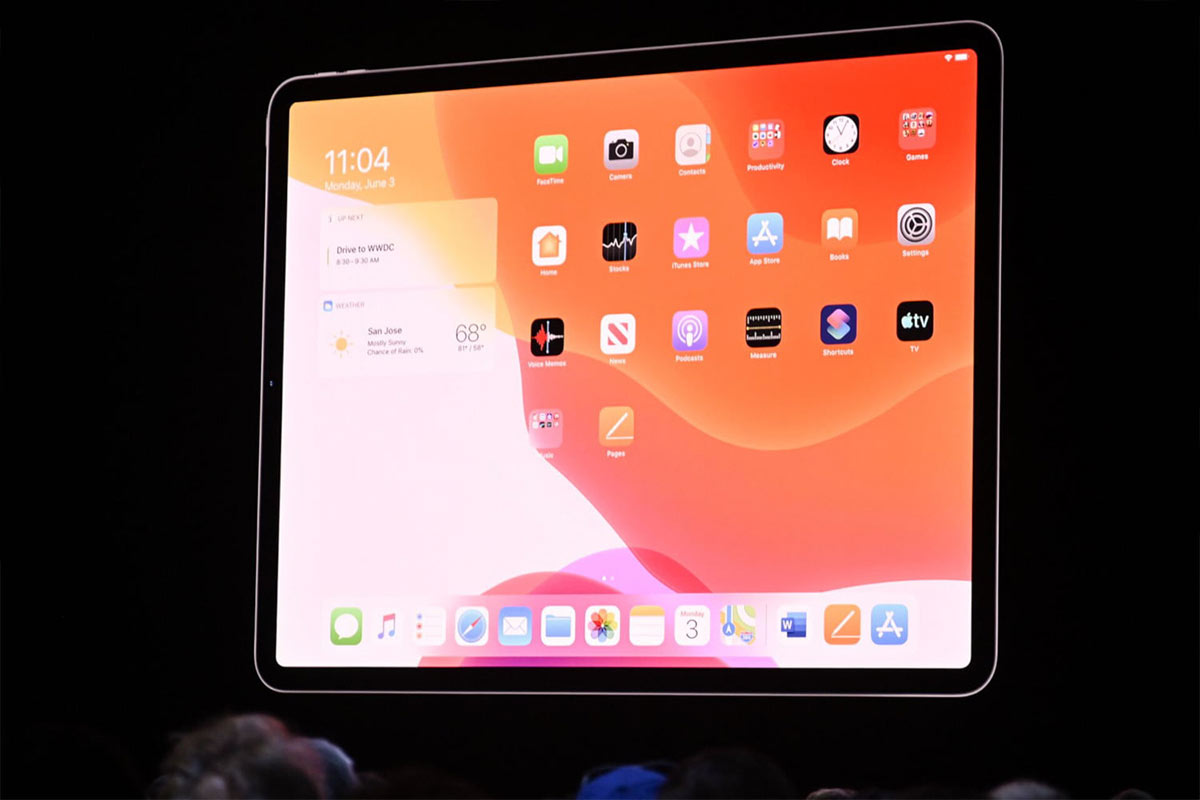 iPad OS encompasses a range of improvements for tablet users, by making better use of the screen and including new gesture controls. The grid app icons on the home screen are much tighter, allowing more to be fitted on the screen. Additionally, the new system lets users utilise split-screen mode to view two app windows at one time, whilst Slide Over lets you swiftly pull over an app over another window. Safari is also being updated to fit with iPadOS. The internet browser will now be able to request desktop webpages and comes equipped with keyboard shortcuts.

Hurrah! At last. External storage fans this one’s for you. It was unveiled that iPadOS will allow users to plug in a USB drive or memory card reader into your device. From this, the Files app on your iPad will have the ability to read and manage data between the internal storage on the iPad and external drive. 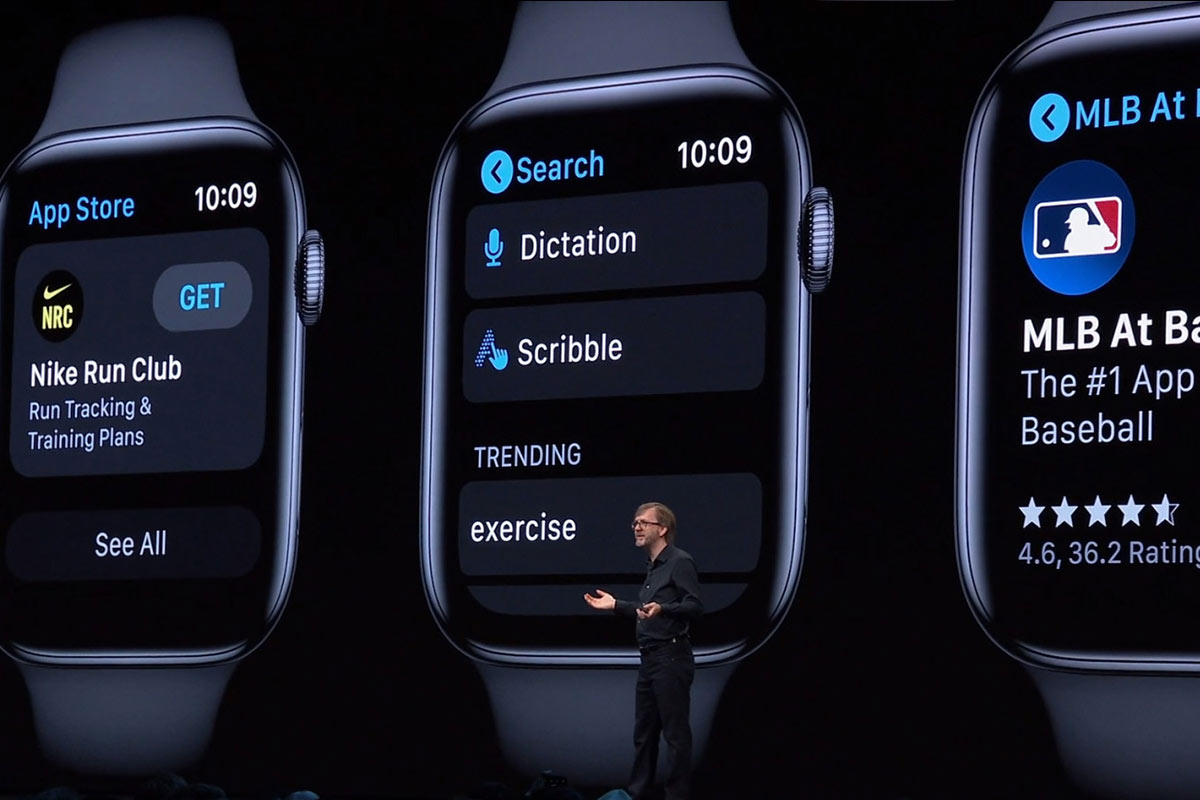 Previewing the new watchOS update at the San Jose Convention Centre in California, Apple demonstrated how alongside various new improvements, the Apple Watch will include its own App store which can be accessed via Siri, scribble and voice dictation. Additionally, new apps will be introduced with the arrival of WatchOS 6, including a calculator app which allows users to quickly split the check and a voice memo app.

There a few new Health and Fitness updates, too. WatchOS 6 features Activity Trends – a new metric that tracks how your exercise trends are developing, Noise App – a feature that can notify you if noises in the area surrounding you are too loud that they might damage your hearing, and Cycle Tracking – an app which gives women the ability to log important information related to their menstrual cycles. 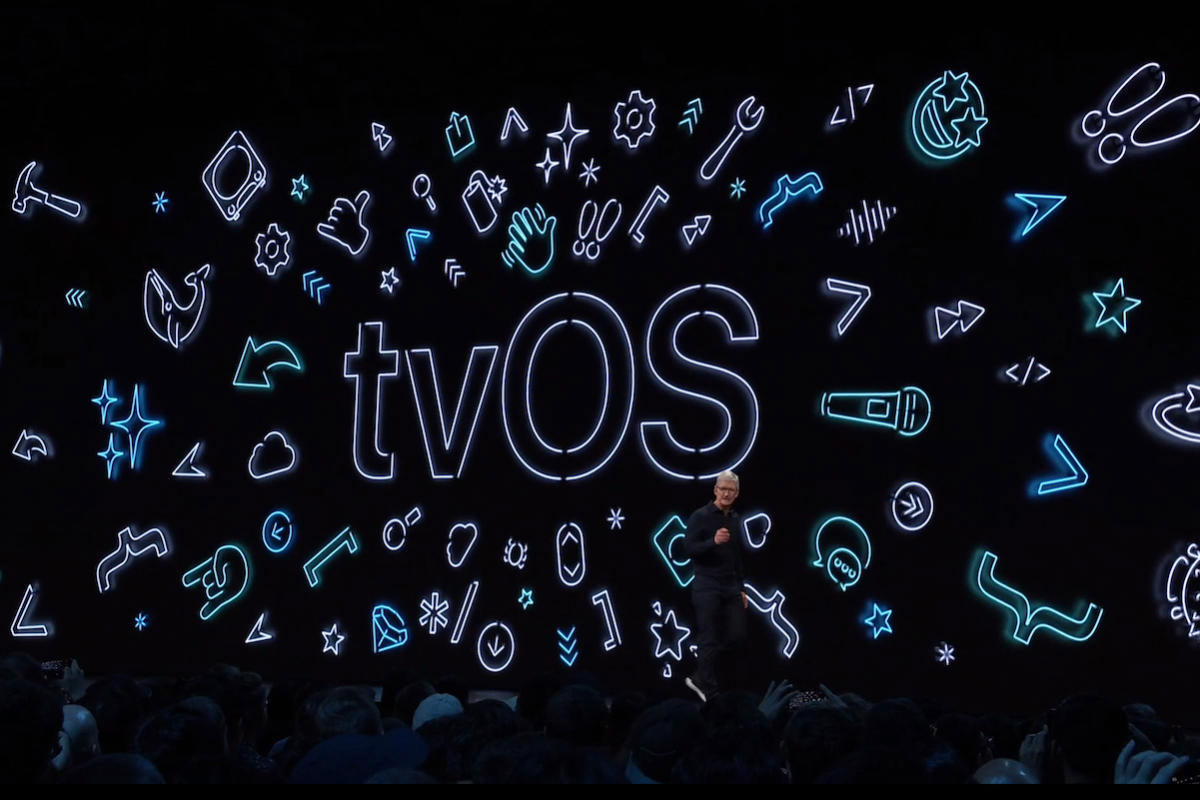 Tim Cook, Apple’s CEO, took to the stage to announce the company’s new smart TV platform – tvOS 13. The biggest announcement regarding the new TV operating system is that it will finally be able to allow multi-user support.

The new home screen will offer better recommendations for everyone in the family, with each user needing to have their own profile. The redesigned home screen will show previews of TV shows and movies, comparable to Amazon’s UX. In addition to this, the company unveiled that the Apple TV will now be compatible with the Xbox One and PS4 DualShock 4 controller.

Check out The Verge’s video showcasing everything that was announced at WWDC 2019 in just 13 minutes:

Looking for the best gadgets to complement your Apple devices? Then head to our website now to view our full range of compatible accessories.

How Photoshop Has Shaped the World of Graphic Design