Earlier this year, during the Vanity Fair New Establishment Summit in San Francisco, SpaceX and Tesla CEO Elon Musk and Y Combinator president Sam Altman were invited to an open discussion about future tech innovations. At some point during the conversation, they both expressed their shared interest and concerns about Artificial Intelligence.

Now it seems they have taken that interest further. A few months on, and they are helping to launch a nonprofit artificial intelligence research company, called OpenAI. The company’s goal is to advance digital intelligence in a way that is most likely to benefit humanity as a whole, unconstrained by a need to generate financial return.

There are quite a few companies that are already exploring the field of AI. Google, Apple, Facebook, Microsoft and even car companies like Toyota. In contrast to them, OpenAI plans to make its result public and its patents royalty-free. The organisation is being funded by Sam Altman, Reid Hoffman, Elon Musk, Jessica Livingston, Peter Thiel, Amazon Web Services, Infosys and YC Research among others. So far they have collectively contributed more than $1 billion to the project. 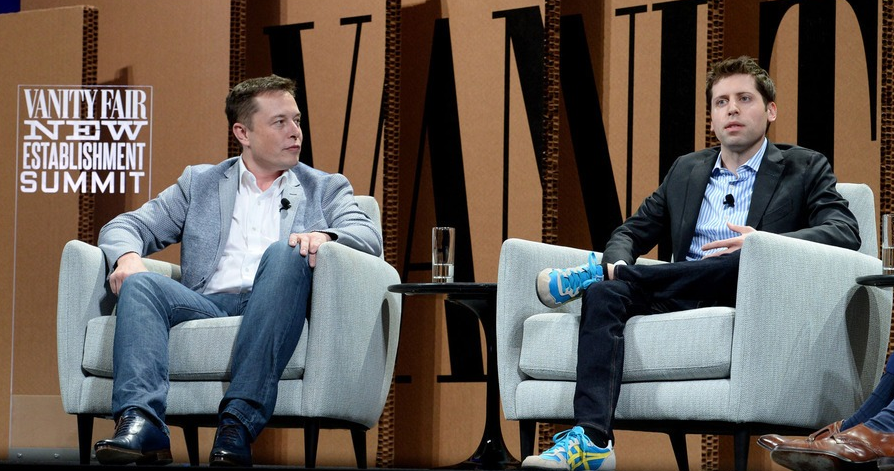 Both Musk and Altman are concerned about the unlimited potential of Artificial Intelligence. A dangerous scenario for them is just a select few people or organisations having access to it. “I think the best defence against the misuse of AI is to empower as many people as possible to have AI. If everyone has AI powers, then there’s not any one person or a small set of individuals who can have AI superpower”, declared Elon Musk.

On the other hand, the reverse situation is possible. Sharing Artificial Intelligence and making it available to everyone has its own problems. But for them the benefits outweigh the risks. “There are lots of bad humans in the world and yet humanity has continued to thrive. However, what would happen if one of those humans were a billion times more powerful than another human?”.

Find out more about OpenAI in this interview: