On Tuesday 10th September, Apple refreshed its lineup of iPhones during their annual event, announcing the iPhone 11, iPhone 11 Pro and Pro Max.

The event, which took place at the company’s Apple Park headquarters in Cupertino, California, also included announcements for the Apple Watch Series 5, an entry-level iPad and details on future services.

Following months of rumours and speculations about the new lineup, it was confirmed that the iPhone 11 range of handsets feature more cameras than ever before, a bigger battery life, and run iOS 13. However, various rumoured features were lacking and the company did not launch a 5G model.

Read on as we recap features announced by Apple for the iPhone 11, iPhone 11 Pro, and iPhone 11 Max. 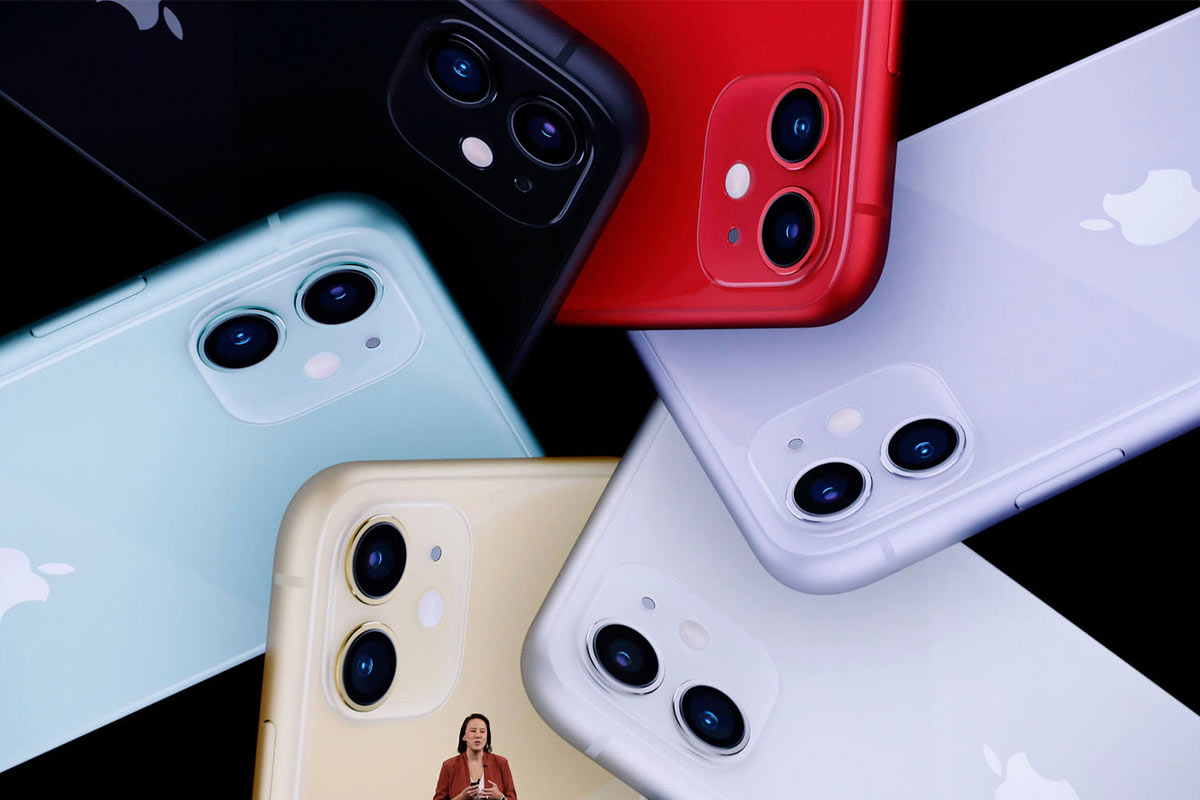 Apple has confirmed that the iPhone 11 will be available for pre-order on Friday 13th September and released on Friday 20th September, with prices starting at £729 for 64GB of storage. The 11 is available in storage capacities of 64GB, 128GB and 256GB.

The company is also offering customers the option to trade in their current iPhone model for money off the new flagship. Customers with an iPhone XS Max, for example, could receive a total of up to £470 off the iPhone 11.

During the keynote, Apple officially unveiled the iPhone 11 as the follow up to the iPhone XR. As the ‘cheaper’ iPhone out of the new lineup, the iPhone 11 is lacking some specs available on the iPhone 11 Pro and Pro Max. However, it does include a collection of new features and physical upgrades.

With a fresh pallet, there are six colours to choose from, including; purple, green, yellow, white, black and red.

It comes with a 6.1-inch LED Liquid Retina display which, just like last years models, houses a notch at the top of the screen. The phone exhibits an anodized 100% recycled aluminium frame and is water-resistant up to 2-meter depths for up to 30 minutes. So if do you happen to drop your phone in the bath or sink, it will survive.

On the rear of the device, there is a large module to house the new dual-camera system. This stuck out module has divided opinions, with some stating that it looks like an ‘ugly camera bump’. Although, it is there for very good reasons. 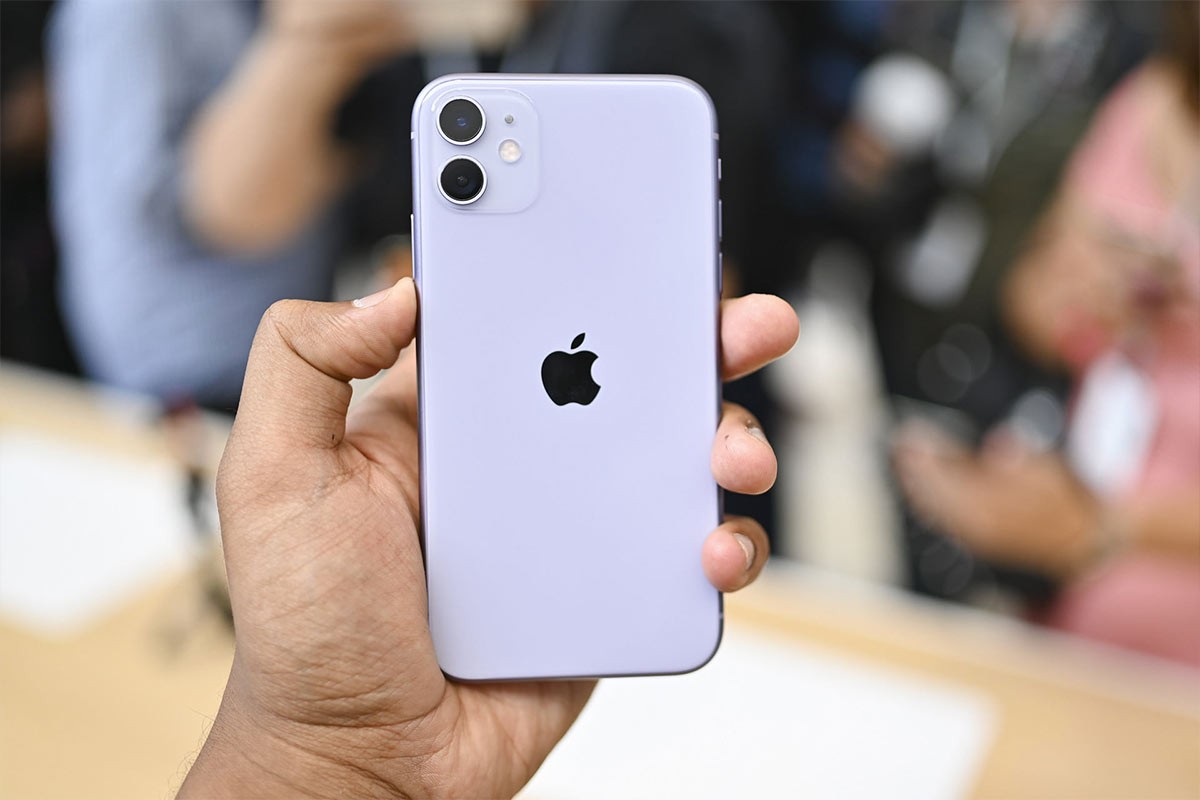 Unsurprisingly, most of the attention was directed towards the camera on the iPhone lineup during Apple’s ‘By Innovation Only’ event. 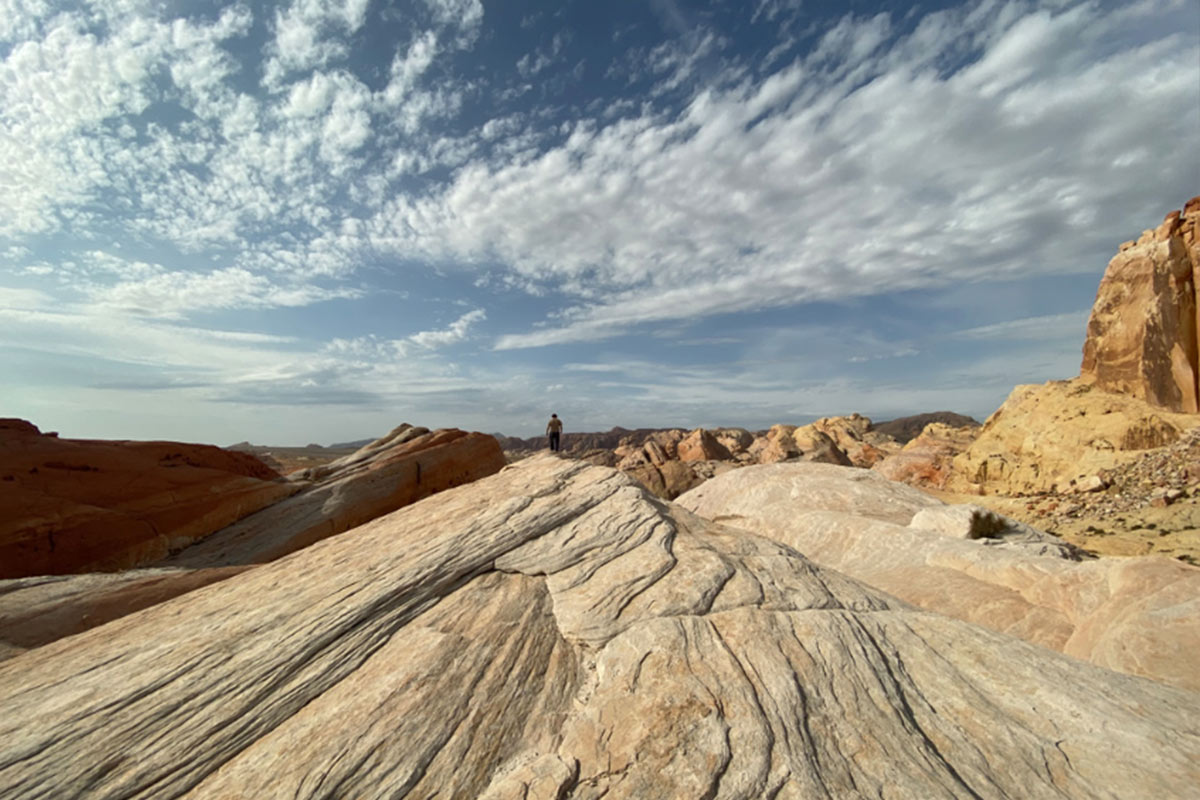 Photo was taken with Ultra-wide camera on iPhone 11 | Photo: Apple

A new Night mode photography feature allows customers to shoot in low-light conditions without the need for flash. Night mode automatically turns on in low-light to improve and reduce noise in images by using shorter and longer exposures. 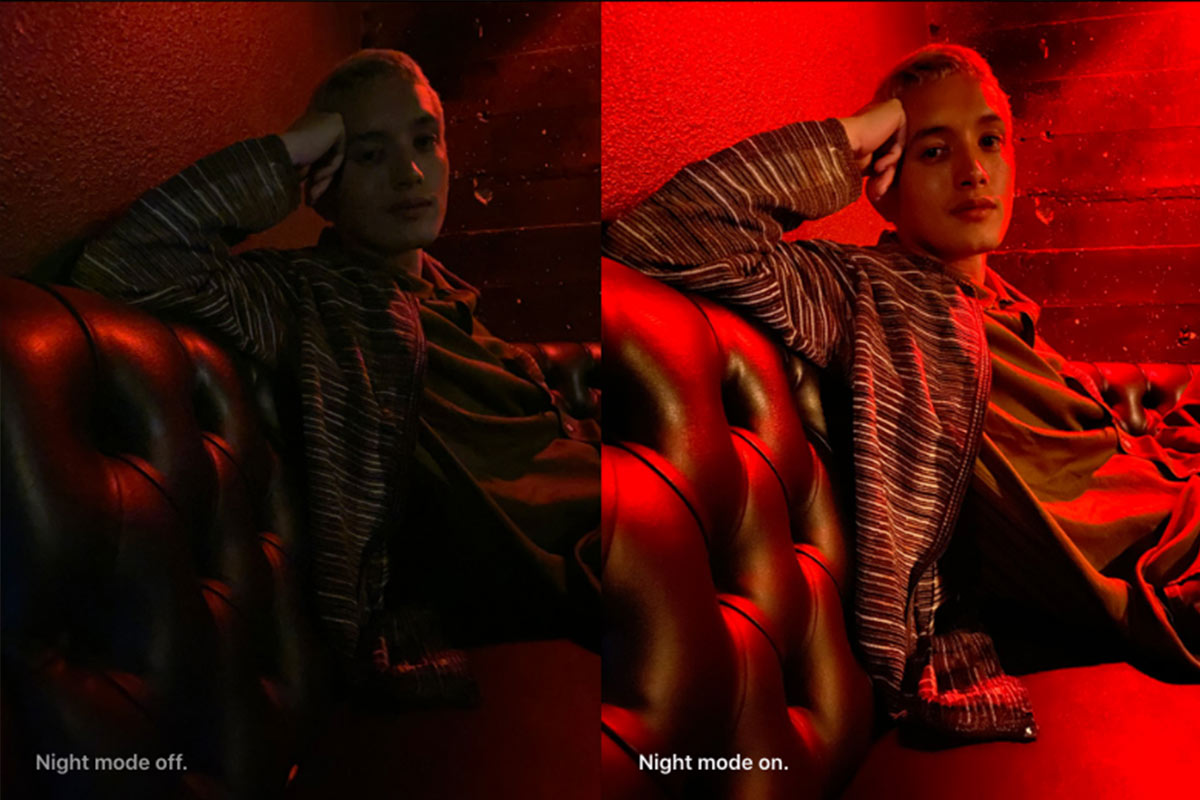 The front-facing selfie camera is a 12-megapixel TrueDepth camera which has the ability to take wider portrait images. In addition to this, the front-facing camera on the 11 can record 4K video and take slow-motion selfies, shot at 120 frames per second at 1080p – called ‘Slofies’.

The device packs a larger battery than its predecessor, with the company stating that it lasts up to 1 hour longer than the iPhone XR. However, the device does not include reverse-wireless charging – a feature heavily rumoured for the new flagship.

The phone also runs on the A13 Bionic chipset, which Apple is claiming as the fastest mobile processor available today.

The iPhone 11 will operate the new iOS 13 software straight out of the box – which includes the much-anticipated Dark Mode feature, a swipe keyboard, and faster performance. 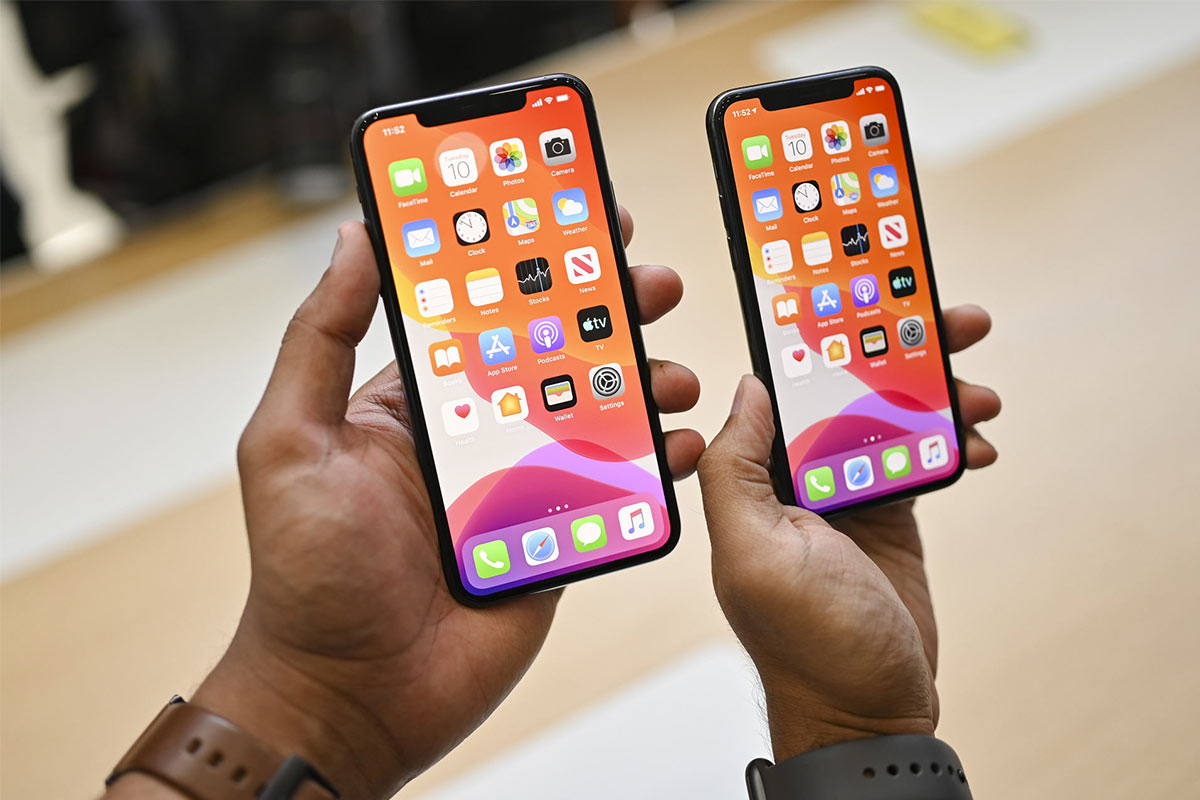 Again, the company is offering customers the opportunity to trade in their old Apple phones for money off the new iPhones. With a 64GB iPhone XS, customers may be able to get up to £320 off the iPhone 11 Pro.

It has been confirmed that the two phones will be available for pre-order on Friday 13th September and released on Friday 20th September.

Like previous years, not much has changed in regards to the physical design of the iPhone 11 Pro and Pro Max. With sources stating that other than the camera bump on the rear, the phones look very similar to the iPhone XS. However, the finishes have had a fresh upgrade with the two phones being available in shades of space grey, silver, gold, and midnight green.

The two smartphones are splash, dust and water-resistant to a depth of 4 meters for up to 30 minutes.

Featuring one more camera than the iPhone 11, the Pro and Pro Max both house a large camera bump on the rear on the device and include a notch at the top of the screen. The bottom of the phones has two perforated grilles, one of which packs a speaker and no 3.5mm headphone jack. A highly-speculated USB-C port doesn’t feature on the device, but instead, Apple has continued to utilise the Apple-only Lightning port. 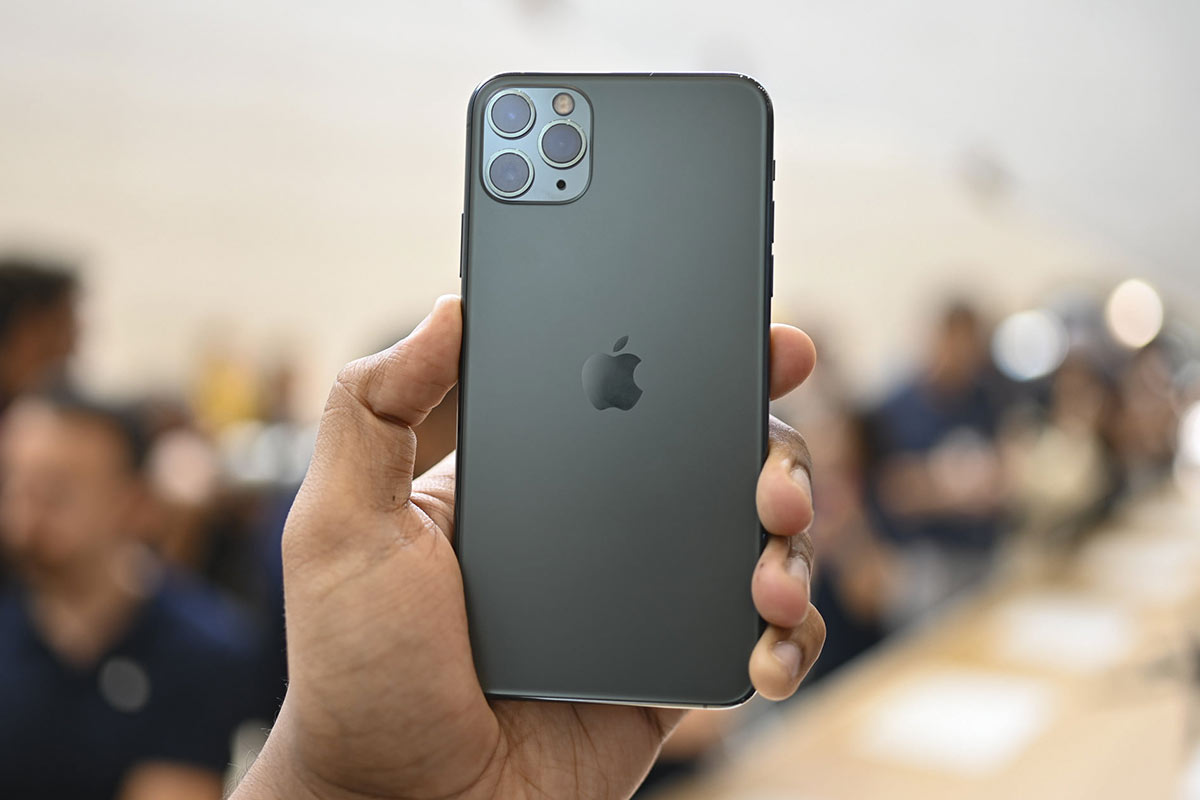 The heavily-rumoured camera on the run-up to its launch is one of the most powerful elements on the unveiled devices. The iPhone 11 Pro and iPhone 11 Pro Max both feature a triple-camera arrangement on the rear which is housed in a noticeable camera bump. The three cameras include a 12-megapixel wide camera (26-mm, f1.8, 6-element), 12-megapixel telephoto (52-mm, f2.0, 6-element) and a 12-megapixel ultra-wide camera (13-mm, f2.4, 5-element, with 120-degree view).

Although various opinions are clear that they aren’t a fan of the design of the camera bump, it is there for an important reason. The large bump allows the phone to be slimmer in the hand as the three-cameras and flash are raised.

Just like the iPhone 11, the iPhone 11 Pro and 11 Pro Max are now in competition with Google’s Night Sight feature, with the ability to take photographs in low-light conditions and alter the brightness through shorter and longer exposures.

Apple’s Portrait feature is back and better than ever before, with the ability to take even more clear cut exposures to create sharper photos. As well as this, the High-Key Light Mono effect in iOS 13 can transform your portraits into studio-style monochromes. 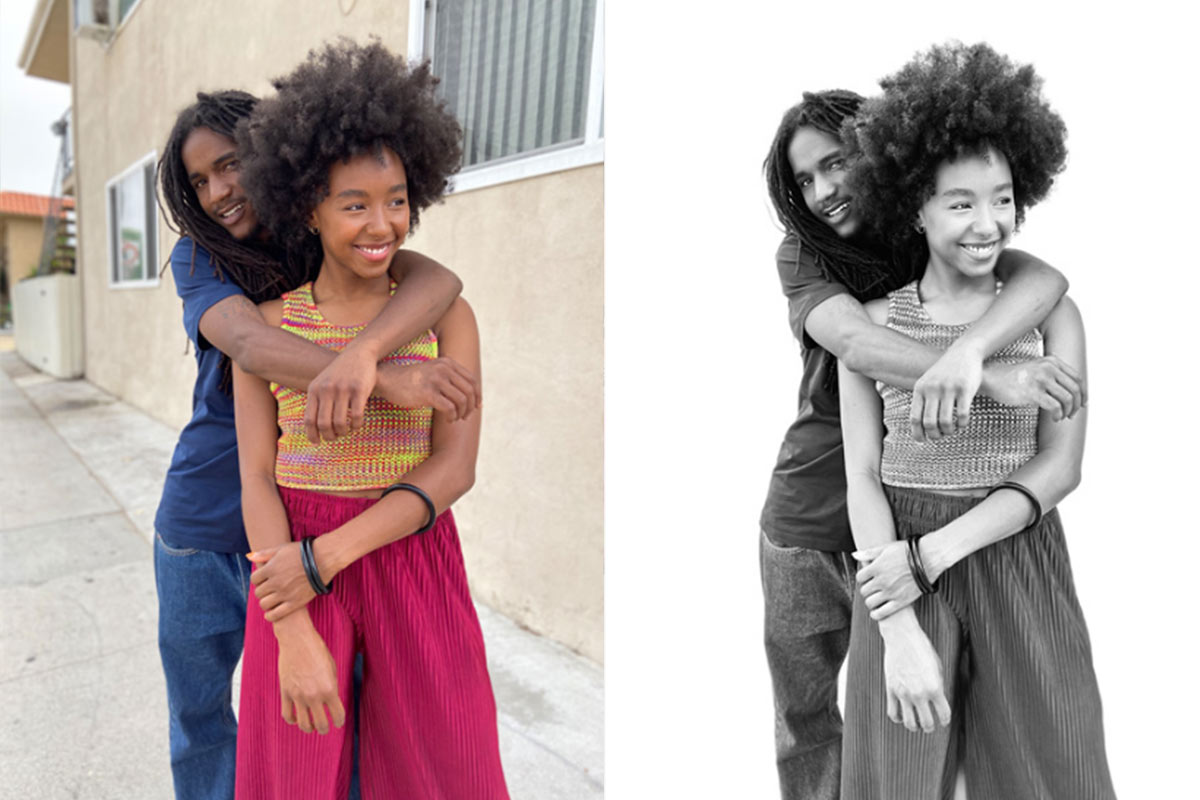 Another real show-stopper on the iPhone 11 Pro and Max is the 12-megapixel ultra-wide lens. Due to this lens, the device is able to capture more of the scene and even reframe the image after the photo has been taken.

The heavily-speculated reverse wireless charging feature we’ve seen on the likes of Samsung hasn’t made an appearance, as rumours suggest Apple couldn’t get it to work. However, the two iPhone 11 Pro phones will be Apple’s first to ship with an 18W USB-C fast charger and a USB-C to Lightning Cable. Like previous models, however, all three devices are able to support wireless charging.

The latest version of Apple’s operating system – iOS 13 – will be available to use on the phones straight out of the box. The new operating software features numerous upgrades, which include the much-anticipated Dark Mode, swipe keyboard, faster Face ID and new Reminders and Photos Apps. 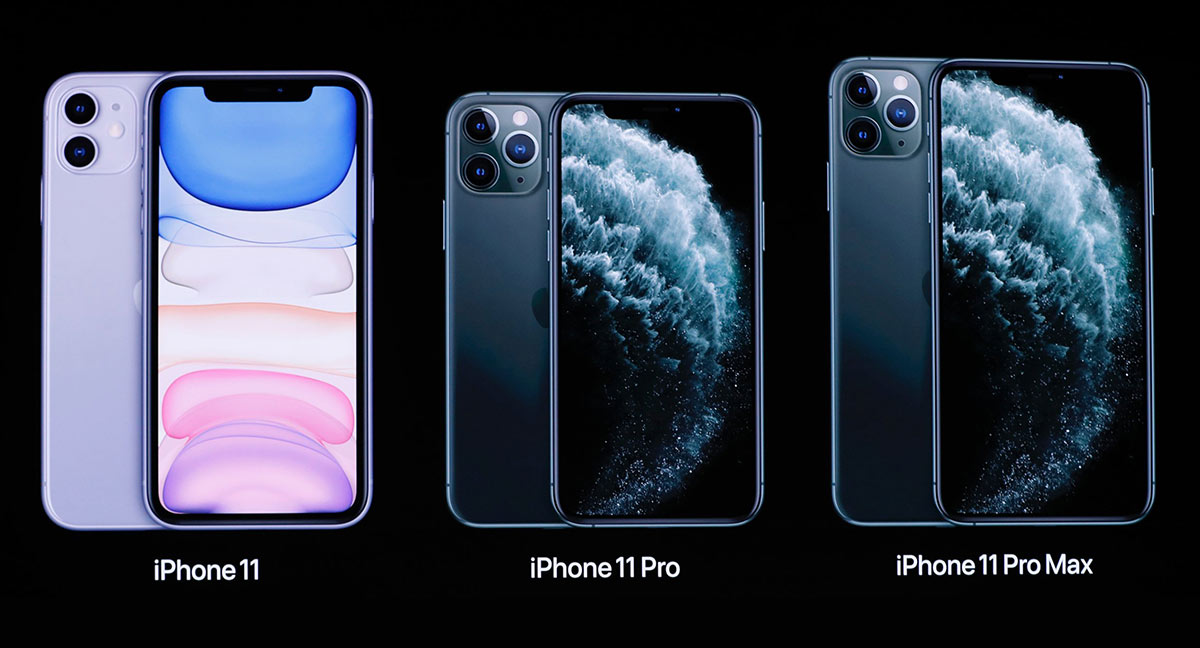 Will the latest iPhone 11, iPhone 11 Pro and Pro Max breathe new life into Apple’s iPhones or will the buzz surrounding the devices decline?

Like what you see? Head to our website now to find the best accessories for the iPhone 11.

What Is the Difference Between Adobe Photoshop and Lightroom?

How to Wear Headphones Properly