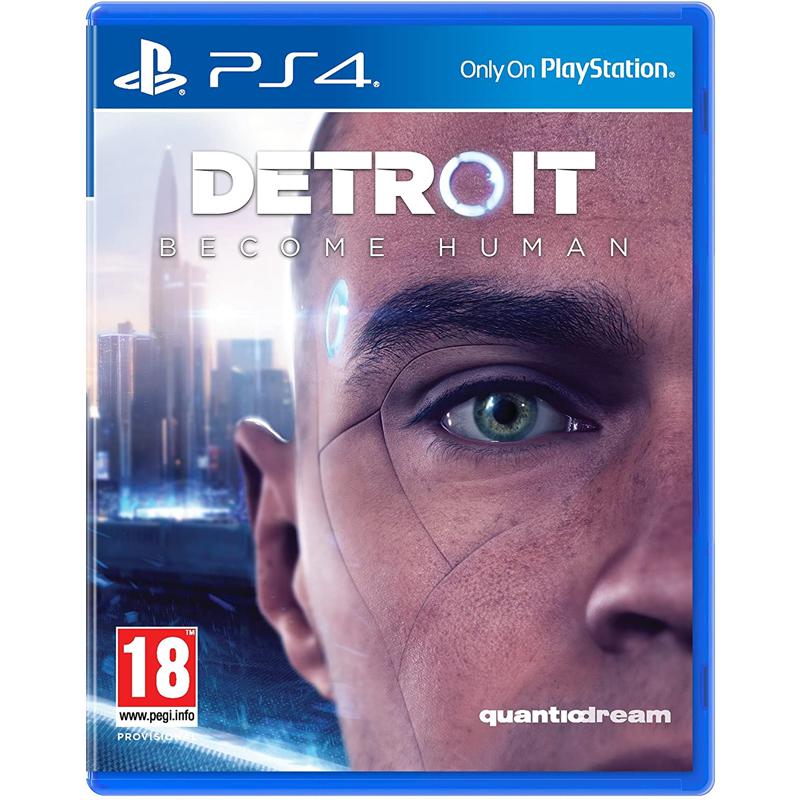 Enter the near-future metropolis of Detroit in 2038 a city rejuvenated by the introduction of highly advanced androids that exist only to serve mankind. But thats all about to change

Enter the near-future metropolis of Detroit in 2038 a city rejuvenated by the introduction of highly advanced androids that exist only to serve mankind. But thats all about to change

WHAT MAKES US HUMAN?

Step into the shoes of three distinct android characters as this brave new world teeters on the brink of chaos. Your decisions dramatically alter how the game’s intense, branching narrative plays out. With thousands of choices and dozens of endings, how will you affect the future of Detroit?

How you control Kara, Connor and Markus can mean life or death – and if one of them pays the ultimate price, the story still continues…

After escaping his master and joining a growing underground faction of dissidents, Markus takes charge in the organised liberation of Detroit’s android population – but in sending a strong message to humans, will you take him on the path of pacifist disruption… or defiant violence? Your chance to spark the fire that could lead to an android insurrection lies through Markus, a deviant who has broken free of his programming.

See the impoverished and run-down side of Detroit through the eyes of a newly-manufactured android that has broken her programming. Classed as a deviant and on the run with an innocent girl she’s sworn to protect, Kara is thrown into a brutal world where you must guide her to either accept the inequalities around her… or strive to do something about them in an effort to keep her surrogate child safe.

Become a bleeding-edge prototype android, investigating crime scenes and disturbances across Detroit’s humming metropolis. As special police investigator Connor, your mission is to assist the Detroit Police Department in tracking down deviants – androids that have broken their programming, abandoned their owners or turned to crime. Will you remain cool, calculating and ruthlessly analytical in your job? Or will you begin to feel empathy for the plight of your fellow androids and question the legitimacy of your mission?