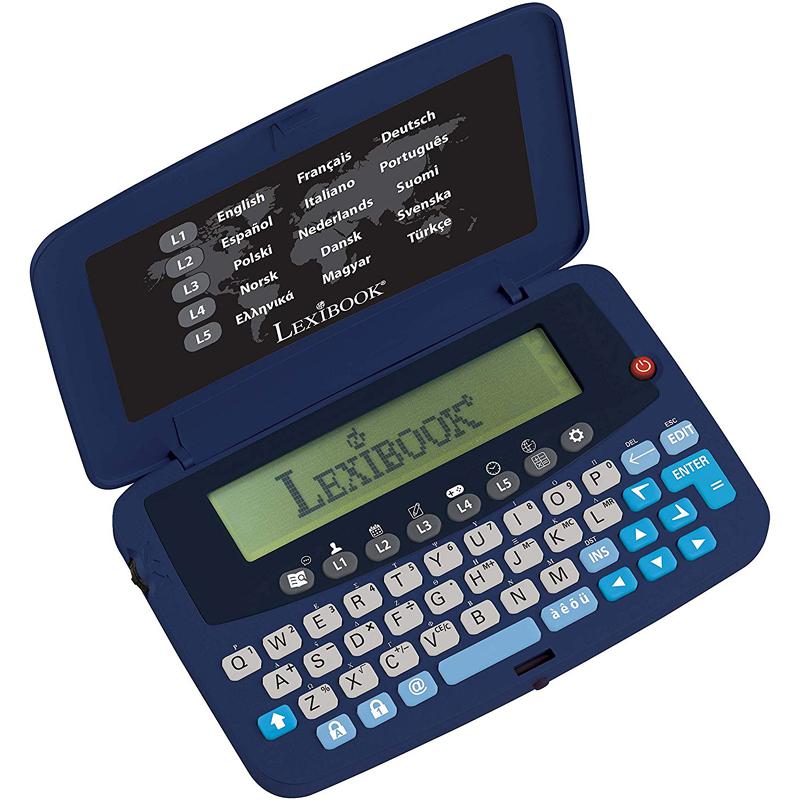 The Lexibook 15 Language Translator has an integrated Euro converter and is ideal for use when travelling.

The Lexibook 15 Language Translator has an integrated Euro converter and is ideal for use when travelling.
The translator for globetrotters!
The European 15-language translator from Lexibook offers the following language translations: English, French, German, Spanish, Italian, Portuguese, Dutch, Swedish, Norwegian, Danish, Turkish, Greek, Finnish, Polish, Hungarian. It includes the 5000 most commonly used words along with 150 conversational phrases per language.

The translator does not only translate words accurately in 15 languages it also can be used as convertor, calculator and clock. The device helps you communicate and in addition, avoid getting ripped off while travelling! The 15-language Translator Dictionary by Lexibook is equipped with a built-in jog dial on the left side to enable you to play even faster. You can use it whenever you want to scroll up and down on the menu and confirm your choice. Lightweight and small-sized, the 15-language translator fits in your pocket easily to carry around and make it your best travel companion.

22/10/2020
With more of us working from home than ever before, there has been a huge increase in the number of ... Read more

05/06/2020
With widespread social distancing measures in place, more people are working from home than ever bef... Read more

10 Tips for Productively Working from Home

18/03/2020
Due to the coronavirus pandemic, more people are working from home than ever before. With companies ... Read more