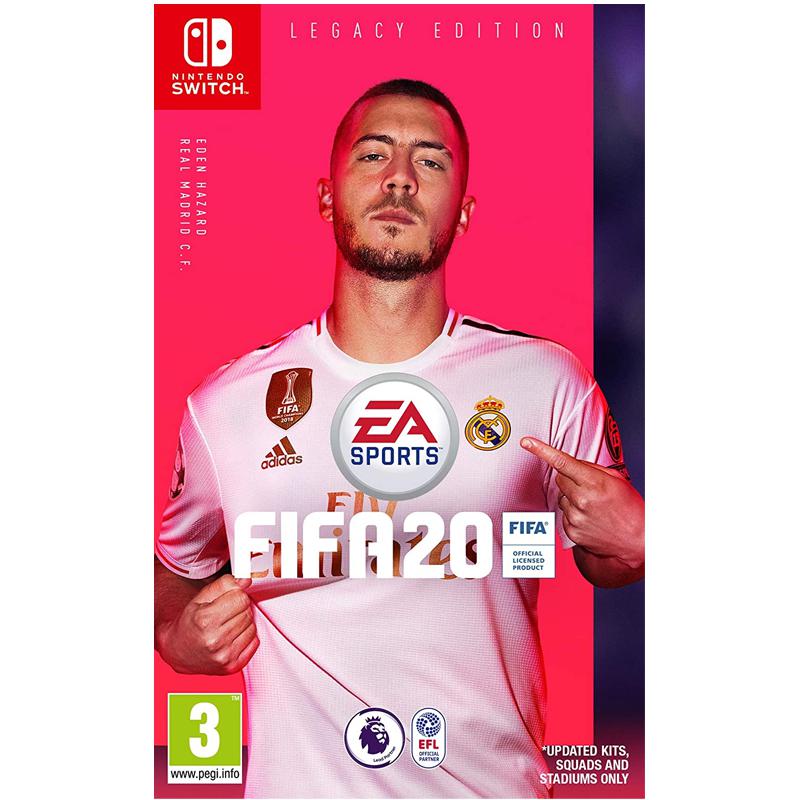 EA SPORTS FIFA 20 for the PlayStation 4, Xbox One, and PC brings two sides of The Worlds Game to life - the prestige of the professional stage and an all-new authentic street football experience in EA SPORTS VOLTA.

EA SPORTS FIFA 20 for the PlayStation 4, Xbox One, and PC brings two sides of The Worlds Game to life - the prestige of the professional stage and an all-new authentic street football experience in EA SPORTS VOLTA.
FIFA 20 innovates across the game, FOOTBALL INTELLIGENCE unlocks an unprecedented platform for gameplay realism, FIFA Ultimate Team offers more ways to build your dream squad, and EA SPORTS VOLTA returns the game to the street, with an authentic form of small-sided football.

EA SPORTS VOLTA takes football back to the streets, representing the authentic culture, creativity and style of the small-sided game. Build your character, express your style, and play various forms of free flowing-football in environments all over the world.

Express your style with an entirely new gameplay system, grounded in football realism. Inspired by the authentic small-sided form of football played in streets, cages, and futsal courts across the world; VOLTA gameplay offers new tools to immerse you in the flow of the street, including simplified flicks and skill moves, new flair animations, and even the option to use the wall as a teammate.

Take your favorite professional teams back to the streets and compete in a number of VOLTA locations and match formats. Play PSG vs. Lyon in Paris, the Madrid derby in the streets of Spain, or Chelsea vs. Spurs in a London cage.

Build up your VOLTA team by playing through Single Player Matches against community generated squads in a variety of formats and locations. After each victory, recruit a player from the opposing team, building your squad up in terms of both skill and chemistry.

Take your player through a narrative driven experience, where you face off against various legends of street football from around the world. Earn rewards, customize your player, and recruit for your squad, culminating in the VOLTA World Championship tournament in Buenos Aires.

Play your way through promotion and relegation with online VOLTA League. The new player versus player formats places your team against others online, where wins lead to promotion into a higher division. More details to be announced later in the campaign.