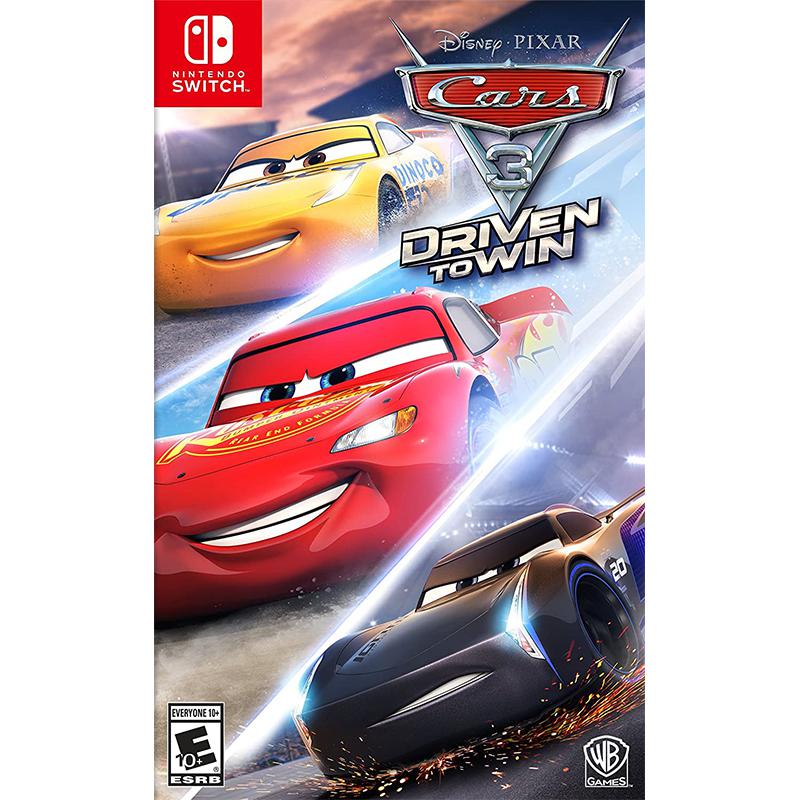 Start your engines and gear up for an all-new action-packed adventure in Cars 3: Driven to Win inspired by Disney Pixar's film, Cars 3.

Start your engines and gear up for an all-new action-packed adventure in Cars 3: Driven to Win inspired by Disney Pixar's film, Cars 3.
Join Lightning McQueen and Cruz Ramirez as they prepare for a rematch against rival racer Jackson Storm. Master your driving skills for the ultimate world-class, competitive racing experience. Dive in and play with over 20 customisable characters including the beloved Lightning McQueen, Jackson Storm, along with Cruz Ramirez and the next generation of racers. Cruise through over 20 tracks set in iconic locations from the film such as Radiator Springs and Florida International Speedway.