When you think of data storage, you would typically imagine magnetic and optical hard drives. Sure, these hard drives have become much smaller since they were first introduced (in the 1950s), but the same mechanism remains. Data storage has always involved a rotating disc with a magnetised cover material, or lasers doing the recording. Holographic storage is an exciting potential technology seen to be a game-changer in high capacity data storage.

The technology makes use of photosensitive media and laser beams so that you could store holograms or 3D images that are actual data. The promise of these solutions has been teased about for years, but it seems to be poised to hit the market in a real capacity real soon.

What is holographic storage? 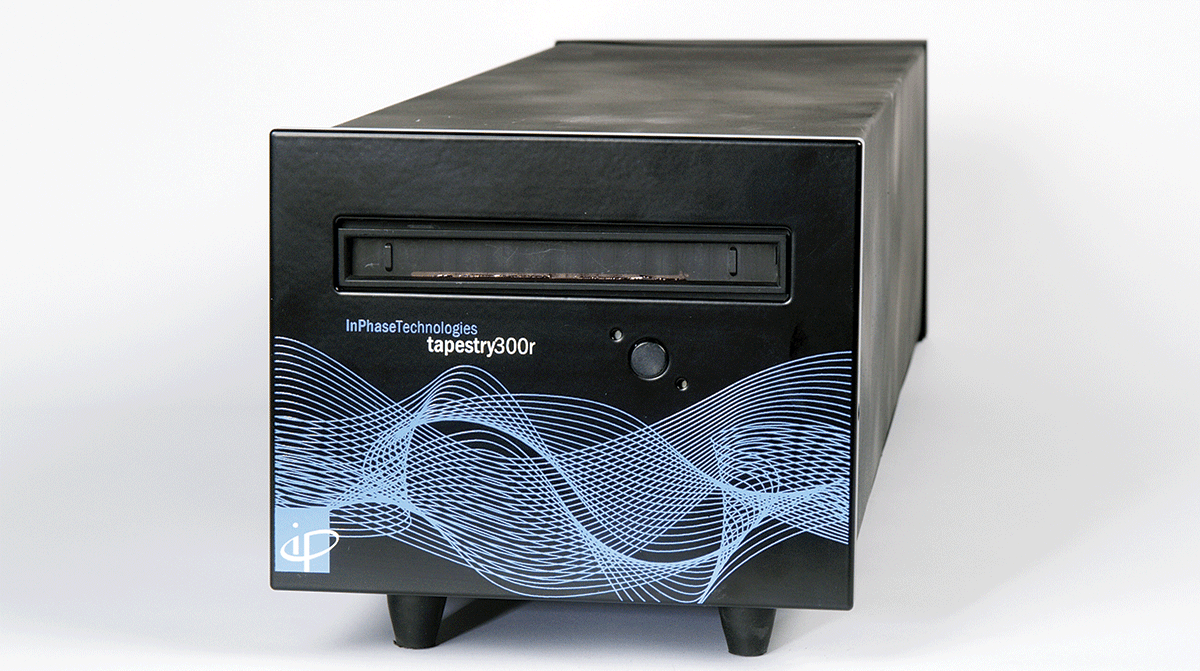 InPhase Technologies, a pioneer in holographic data storage technology, explains that the main difference between holographic storage and conventional storage is that holography makes use of the full depth of the medium it is recording on. With magnetic storage, only the surface is used. Holography also allows you to record data faster because you can transfer a million bits at a time, in contrast to only one data bit at a time for the older storage systems.

Holographic storage also allows you to store more data in a smaller space. This is because you can use different angles of light to store multiple bits of data in the same area. This saves a lot of space. Cool huh?

Here’s the science stuff. Holographic storage works by storing a sequence of discrete data snapshots within the thickness of the media. Here are the basic components needed for the storage process:

The storage process starts when a laser beam is split into two signals. One beam is used as a reference signal, another beam, called the data-carrying beam, is passed through a device called a spatial light modulator (SLM) which acts as a fine shutter system, passing and blocking light at points corresponding to ones and zeroes. The reference beam is then reflected to interfere on the data-carrying beam within the media. This creates a three-dimensional refraction pattern (the “hologram”) that is captured in the media. Holographic storage uses circular media similar to a blank CD or DVD that spins to accept data along a continuous spiral data path. Once the media is written, data is read back using the reference beam to illuminate the refraction.

This three-dimensional aspect of data recording is an important difference between holographic storage and conventional CD/DVD recording. Traditional optical media uses a single laser beam to write data in two dimensions along a continuous spiral data path. In contrast, prototype holographic storage products save one million pixels at a time in discrete snapshots, also called pages, which form microscopic cones through the thickness of the light-sensitive media. Today’s holographic media can store over 4.4 million individual pages on a disc.

As holographic data storage is still a developing technology, it’s difficult to predict future capabilities. However, we have outlined the current advantages and disadvantages of holographic media:

The future of holographic data storage

Computer Weekly states that hybrid holographic storage media may be introduced to address the lack of re-writability it suffers from now. Meaning, the new holographic media might have some Flash memory in it so that people can rewrite on it.

There are also other obstacles that would need to be fixed. For example, in theory, holographic storage should be able to transfer data at a rate of one gigabit per second, however, that doesn’t happen now because to be able to do that, it would have to use better lasers and better material for the medium. Manufacturers are making do with the materials and lasers that are currently available, which is the reason why holographic data storage is not achieving its potential speed.

Will this be the future of storage? It’s too early to tell, but Holographic Data Storage certainly has the potential to change the game.

Until then, be sure to head to our website now to check out our current data storage offerings.

How to Choose the Right RAM for Your Computer