Sony may have just built its finest phone yet with the Xperia XZ Premium. A high performance edition of last years disappointing XZ that pretty much hits the nail on the head when it comes to flagship devices.

The Xperia XZ Premium is a visually appealing device, albeit, not much different to previous models from Sony – seems like Sony really do believe in the look and feel of their mobile ranges enough to recycle the same look year on year. Although I’m a big believer in moving forward when it comes to phones, I don’t deem it offensive that they’ve played it safe with this premium model – it’s clearly something that works for them, and why fix something if it ain’t broke… Right?

The screen consists of a 5.5-inch panel running at full 4K that also supports HDR content. Unfortunately, there isn’t much HDR content out there to make the most out of this feature, however the panel is aesthetically pleasing when scrolling through its features, and reports of lag are pretty non-existent.

The Xperia XZ Premium is one of the few devices announced that will be powered by Qualcomm’s Snapdragon 835 chipset (complete with 4GB of RAM), which means rumours of Samsung hoarding all of the Snapdragon chipsets have been widely over-exaggerated.

Sony has only said the Xperia XZ Premium will launch in the US around Spring time, which isn’t the smartest strategic method if they consider Samsung their biggest competitor.

Sony claims that it learns how you use your phone and adapts and make recommendations. Xperia Tips and new Xperia Actions offer you advice about the features you’re using and suggest map downloads based on your location.

Meanwhile, the battery is maximised using something called Smart Stamina technology, which estimates how long your current battery will last based on your normal usage and warns you if you’re going to run out of power later that day.

Other notable features include water resistance, rated to IP65 and IP68, a thinner body at 7.9mm, and MicroSD storage expandability. The phone’s battery is a reasonable 3,230mAh, and there’s a fingerprint sensor integrated into the side-mounted power button as usual.

But the Xperia XZ Premium is really all about that camera, display, and processor combo. Each of those three components promises a great deal, and if Sony can finally strike the right balance and deliver an uncompromised device that makes the most of its various parts, the wait — however long — for the XZ Premium might just be worth it.

Planning on getting the Xperia XZ Premium when it (finally) arrives? Get your MicroSD cards here ahead of the rush to avoid disappointment 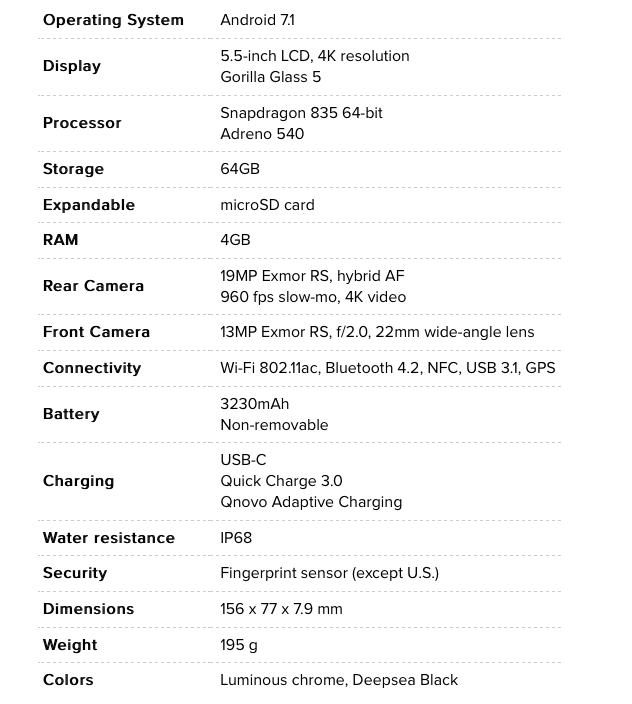 What’s in Your Bag – Paul Rogers