The Gear S3 lineup comes in two variants: the Classic and the Frontier. Both have stainless-steel bodies that can be used with any 22mm strap.

The Samsung Gear S3 Frontier is aimed at more active users. It has a rugged design, built-in LTE mobile network connectivity and GPS. On the other hand, the Gear S3 Classic aims for a more elegant appearance. It is lighter than the Gear S3 Frontier and seems to replicate the balance found in hand-crafted luxury watches. 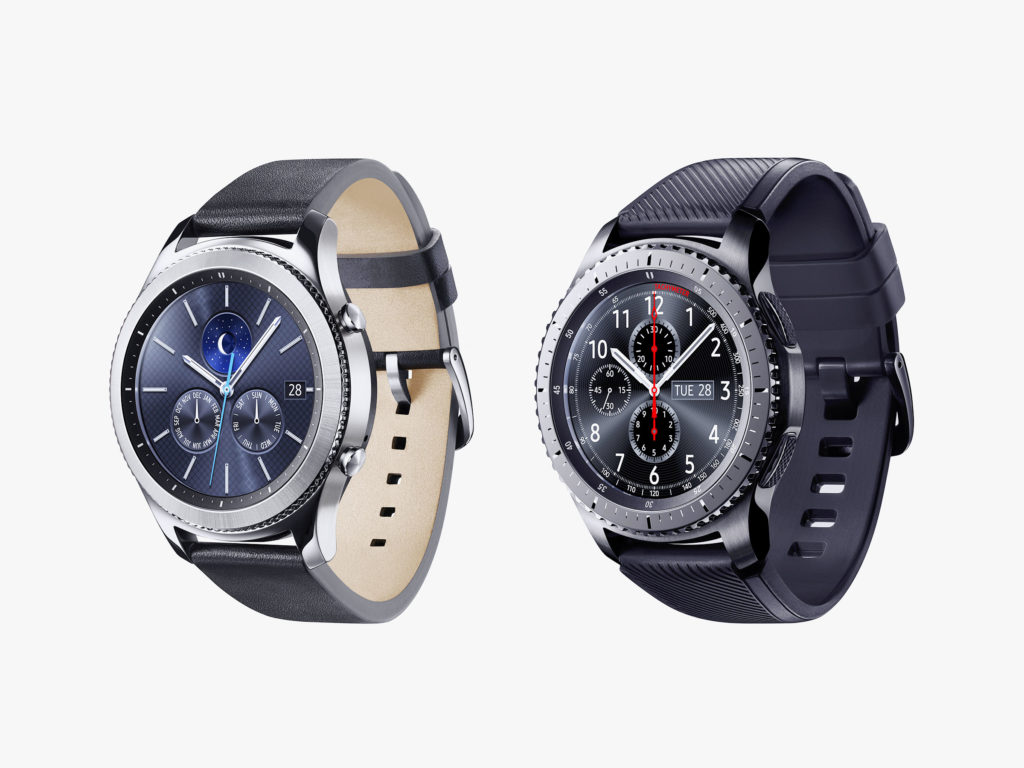 Apart from the design, weight and the fact that the S3 Frontier has LTE support, the rest of the specifications are the same for both models. They both share the same rotating bezel that made previous versions of the Gear watch so compelling, and their 1.3-inch AMOLED screens are slightly bigger than the S2 lineup.

The S3 smartwatches have a dual-core 1.0GHz processor, 4GB internal memory, 380mAh battery, and 768MB RAM. Wi-Fi, GPS, Bluetooth, and NFC are also present on both watches, and each model has an accelerometer, gyroscope, heart-rate sensor, and barometer built into it. Finally, the watches are IP68 water and dust resistant and they have Samsung Pay’s magnetic secure transmission technology built into them.

Neither watch will be compatible with iOS out of the box. You’ll need to use an Android smartphone for the Gear S3 models.

Samsung hasn’t announced pricing or availability yet, but the S3 is supposed to arrive by the end of the year.

You can find a selection of Samsung products and Samsung memory cards in our shop.