Kicking off 2019 in style, Samsung announced a lineup of S10 smartphones during the company’s Unpacked event which took place in San Francisco just yesterday. Although there have been numerous leaks surrounding the phones, each model has still taken our breath away. During the Unpacked event, Samsung unveiled the Galaxy S10, Galaxy S10 Plus, the cheaper Galaxy S10E, and the brand’s first 5G handset – the Galaxy S10 5G.

From a whopping 1TB of storage to a triple lens rear camera, the S10 lineup is a powerful range – fit for the best tech-savvy individual. 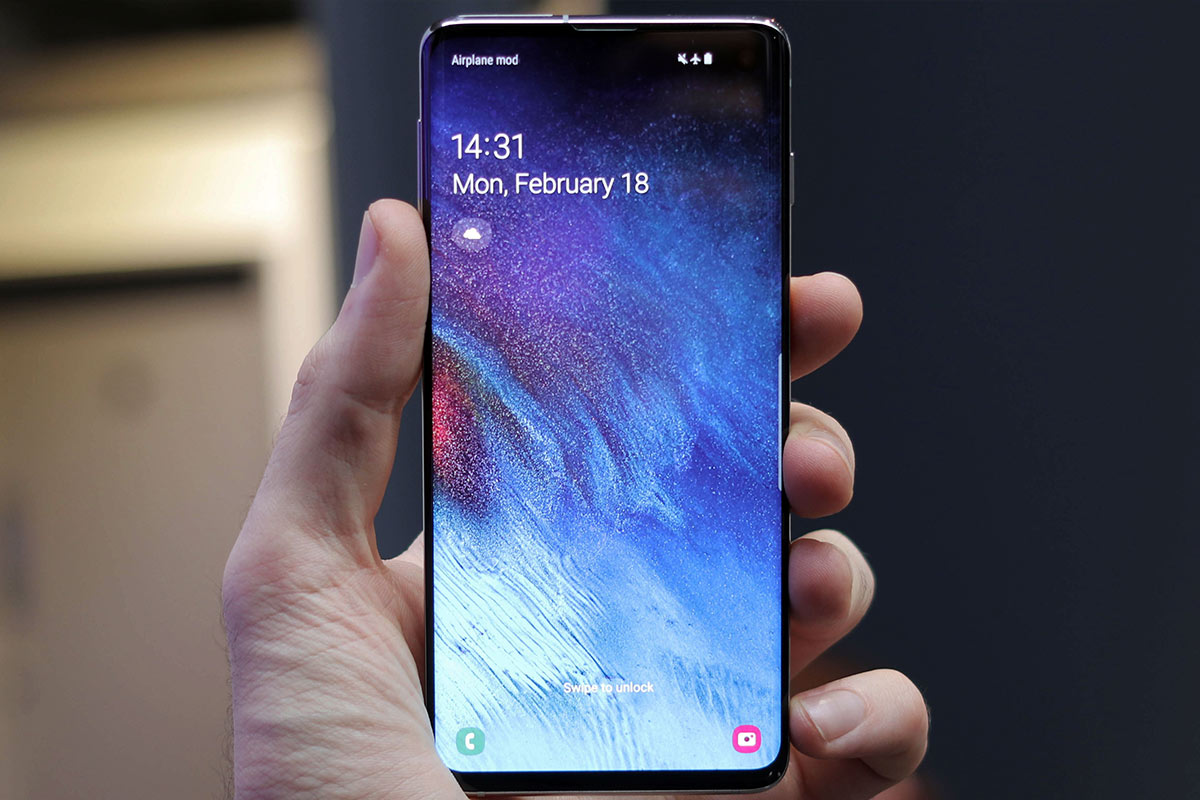 Samsung’s newest entry point flagship phone features a lot of remarkable specs. The renewed design of the Galaxy S10, perhaps the most anticipated announcement out of the range, exhibits a 6.1-inch QHD+ Dynamic AMOLED curved screen placed within a somewhat compact frame as a result of the slim bezels. The edge-to-edge display extends right over the curved edges, while the new Infinity-O screen is so big it shifts the 10-megapixel from facing camera into a tiny ‘punch-hole’ in the screen. Boasting that it is the “most advanced” one on the market, Samsung have included an ultrasonic fingerprint scanner built into the display – an element that is designed to replace the traditional capacitive scanner located on the rear of the Galaxy S9.

The S10 features a triple-lens rear camera, comprising of a 16-megapixel ultra-wide lens with fixed focus, a 12-megapixel f/2.4 telephoto lens and a 12-megapixel aperture-switching lens that can change between f/1.5 and f/2.4 apertures. The 123-degree field of view captures ultra-wide angles so you don’t need to worry about not getting everything in the shot.

The newest flagship smartphone doesn’t cut any corners on power, too. Praising the latest Snapdragon or Exynos chipsets, the device packs 8GB of RAM and up to 512GB of storage, while a powerful 3,400mAh battery can keep the phone running for days. Similar to previous models, the S10 has the advantage of expandable storage, supporting a micro SD card of up to 512GB.

However, all these impressive specs come with a high price tag, starting at £799.

Galaxy S10 Plus: with 1TB of storage 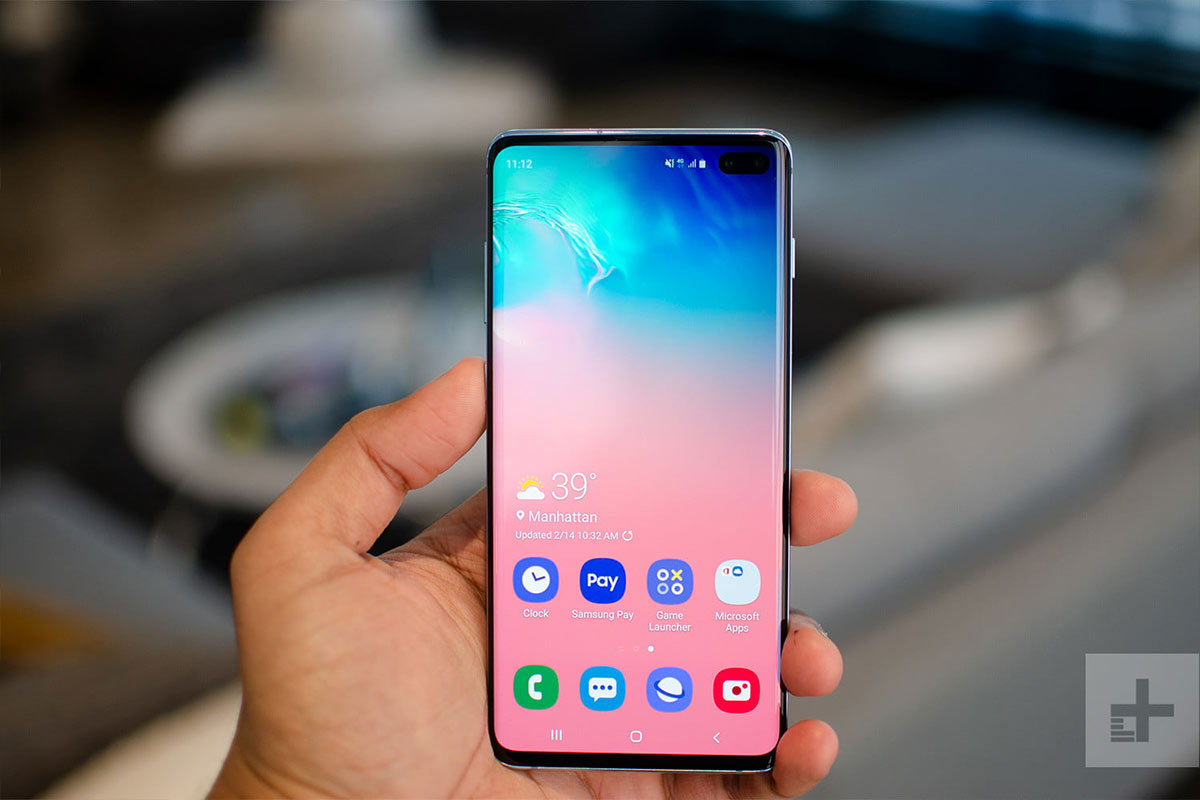 In company with the Galaxy S10 announcement, the brand also unveiled the Galaxy S10 Plus. Being the bigger smartphone out of the two with a 6.4-inchQHD+ AMOLED screen and a larger battery of 4,100mAh, the S10 Plus contains the same triple-camera arrangement, but instead of just one front-facing camera, it includes two – a second 8-megapixel sensor that can assist with taking depth-mode selfies using specialised hardware.

Perhaps the most striking difference between the two handsets is the jump in internal storage. Alongside getting the S10 Plus in 128GB and 512GB storage options, the phone is available in a mountainous 1TB version with 12GB of RAM!

Other than these few additional features, the Galaxy S10 Plus has the same look and specifications of the S10 baseline model. Perhaps our favourite feature is that the S10 model’s ability to support fast wired and wireless charging, and with the capability to charge up a secondary device that supports Qi wireless charging standard, like the new Galaxy Buds wireless headphones. 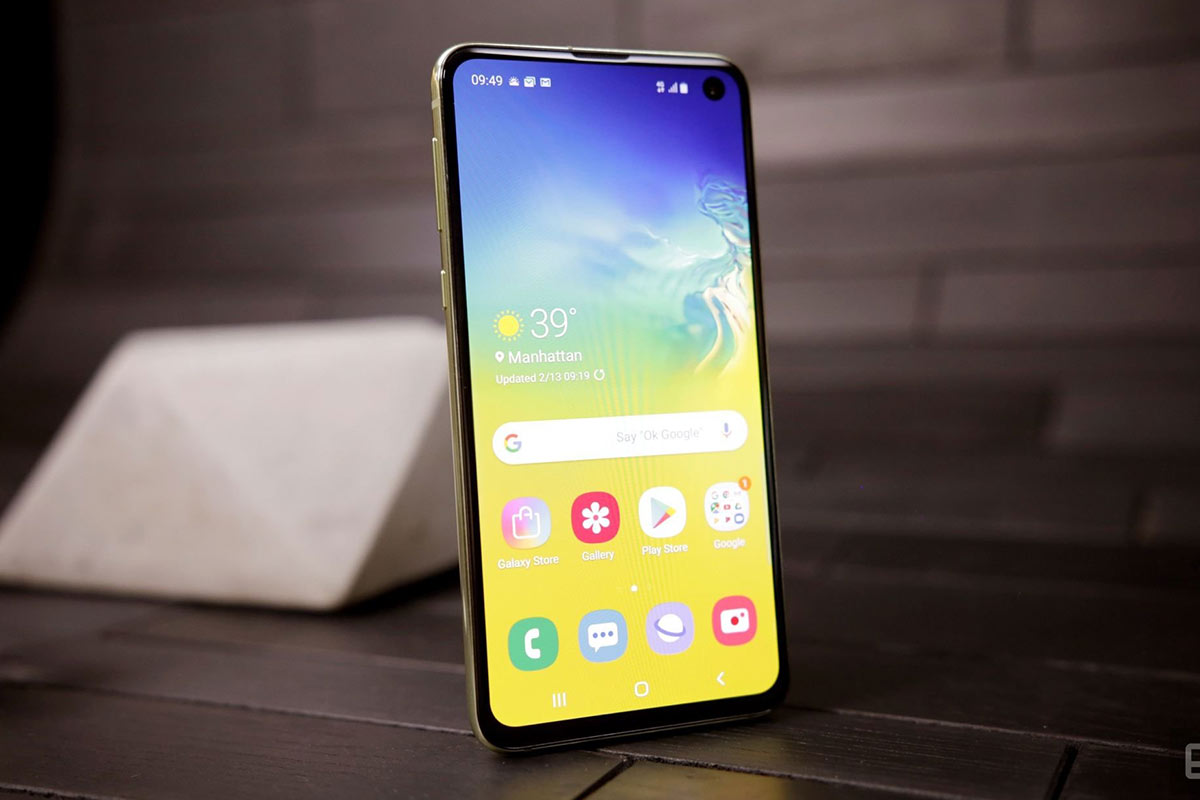 If you weren’t impressed by the Galaxy S10 and S10 Plus due to the price, then you might be more inclined to go for the Samsung Galaxy S10E. The compact 5.8-inch S10E intends to capture the quality of the S10 and S10 Plus but at a cheaper price point. The smaller body is shorter and thinner than last years flagship – perhaps drawing a comparison to the latest Apple iPhone XR.

Dissimilar to its siblings, the Full HD+ AMOLED screen on the S10E is flat rather than curved but still sports just one small ‘punch-hole’ front-facing camera. The in-screen ultrasonic fingerprint scanner has been removed and instead a sensor in the power button has been added in its place. Another big compromise is that the device has only two rear cameras rather than three, lacking the telephoto one and instead featuring just a 16-megapixel f/2.2 ultra-wide lens and a 12-megapixel variable aperture lens. We say ‘only’ has two rear-facing cameras, yet, they are still pretty impressive in regards to what they can do.

Although a tad smaller, the device still features a powerful 3,100mAh battery and Snapdragon chipset. The Galaxy S10 is available with either 128GB of storage and 6GB of RAM or 256GB of storage with 8GB RAM. Corresponding with the other S10’s, this phone also supports a micro SD card of up to 512GB. It is valued at a starting price of £699. 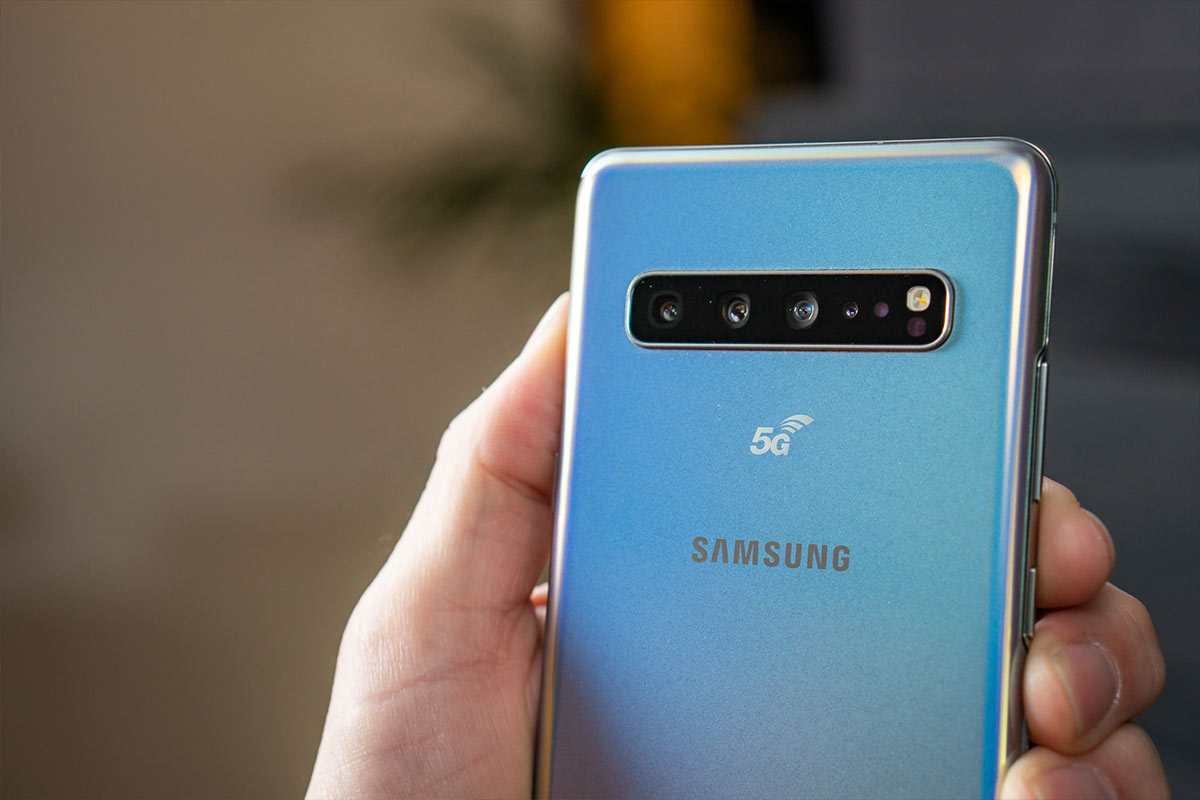 As you have presumably figured from the name, the Samsung Galaxy S10 5G supports 5G and is considered to be the most ‘deluxe’ out of the S10 models. Aside from 5G capabilities, the phone features a mammoth 6.7-inch screen, a powerful 4,500mAh battery, two cameras on the front and four rear-facing cameras, yes you heard us, FOUR.

In addition to the three lenses seen in the S10 and S10 Plus models, the S10 5G features a 3-D depth-sensing camera worthy for augmented and virtual reality – this means that the back of the phone has a larger camera cutout than the other three models.

Other highlights include 8GB of RAM with 256GB of internal storage capacity, however, the S10 5G is the only model that doesn’t include a micro SD card slot.

The only catch is that Samsung has to wait for phone networks to start implementing their 5G signal and so this handset won’t be launched until later on in the year. 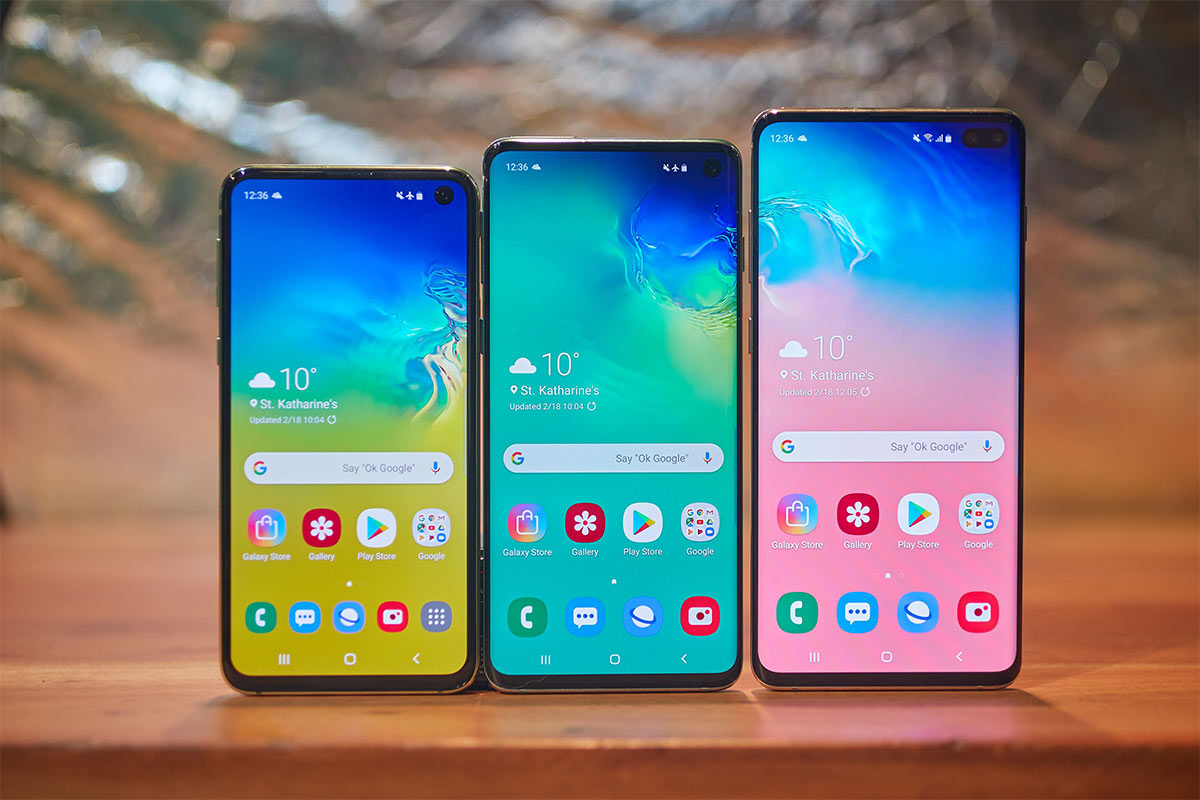 We’re pretty blown away by the Galaxy S10 lineup this year. But what do you make of Samsung’s latest flagship phone? Let us know what you think in the comments below.

If you are interested in buying the best gadgets to compliment the Samsung Galaxy S10, be sure to head to our website now to view our full range of memory cards and accessories.

Smart Home: Everything You Need to Know