With the demand for autonomous vehicles on the rise, we take a look at the top 4 safest self-driving cars currently available on the market.

It’s right to say that self-driving cars seem to be the next big thing to storm the tech industry. According to Allied Market Research, the global autonomous vehicle market is projected to be valued at $54 and is estimated to rise to $556 billion by 2026.

The idea of a car without a human pilot seems like the stuff of science fiction movies but, in today’s world, they’re becoming a reality. What comes with autonomous vehicles, unfortunately, is concerns about ethics and safety. So, before you jump into a self-driving car, you’ll want to know what your best option is.

At the moment, there aren’t many legal guidelines that police the safety features of self-driving cars when they reach the market. However, some companies have gone above and beyond to ensure their cars are safe for consumers.

Since we’re going to reference them while we discuss these cars, let’s take a second to look at levels of autonomy. This is measured on a scale of 0 through 5. Level 0 is a standard car that has no autonomous features. Level 5, on the other hand, is completely autonomous with no need for human piloting.

As of right now, most self-driving cars are at a level 1 or level 2. This means that they have self-driving capabilities such as adaptive cruise control or lane-keeping assistance. Some more “high-tech” options cap out at a level 4. These cars are able to drive or park themselves but a human driver can override them as needed.

The BMW Traffic Jam Assistant is partially autonomous – around a level 1 or 2. It isn’t going to be able to drive in all conditions or even at high speeds down a lonely road. Instead, it’s designed to make small adjustments at low speeds. In other words, it’s going to help you through stop-and-go traffic.

During a traffic jam, this BMW is able to make incremental adjustments to the wheel and take over braking and accelerating. Some state the biggest downfall of this model is that you have to keep your hands on the wheel. However, this also means that you’ll be ready to make a manual reaction if necessary.

This Mercedes-Benz model isn’t equipped with self-driving features right away. Instead, it has an additional package in which you can equip it with their Driver Assistance Package. This has an extra level of autonomy compared to the BMW model we just looked at but it has a little more versatility.

This model can help with lane-keeping, the spacing between cars, and even lane changing. The lane-changing technology in the car is controlled by the human pilot when they turn on their turn signal. Since the lane changes are still largely human controlled and the car already pays attention to spacing, the feature doesn’t pose any immediate threats. Again, if something were to go wrong or a quick reaction is needed, the human pilot can take over quickly.

The 2019 Volvo XC60 has some of the most impressive features in today’s market. Namely, it helps avoid collisions. The steering and braking support takes over if the car detects a potential collision with another car, pedestrian and even large animals. With the Advanced Package, the car can also help with acceleration, braking, and steering at up to 80 miles per hour on well-marked roads.

The safety failsafe that protects you here are the sensors on the steering wheel. These detect where your hands are and, through that, if you’re alert throughout the drive even if the autonomous features are active.

Any list of self-driving cars would be incomplete without mentioning the titan of the industry: Tesla. The Tesla Model S is the default car that many think of when they hear the words “self-driving car” and for good reason.

The car has Enhanced Autopilot that can match the speed of traffic, change lanes, navigate to the centre of the lane, transition on and off freeways, and even park it when you get to your destination. To ensure all of this is done safely, the car has 12 ultrasonic sensors and 4 cameras. This helps it navigate through Advance Access system such as parking barriers. Since you can enter your destination and go, this is the closest to a level 5 car on the market right now. 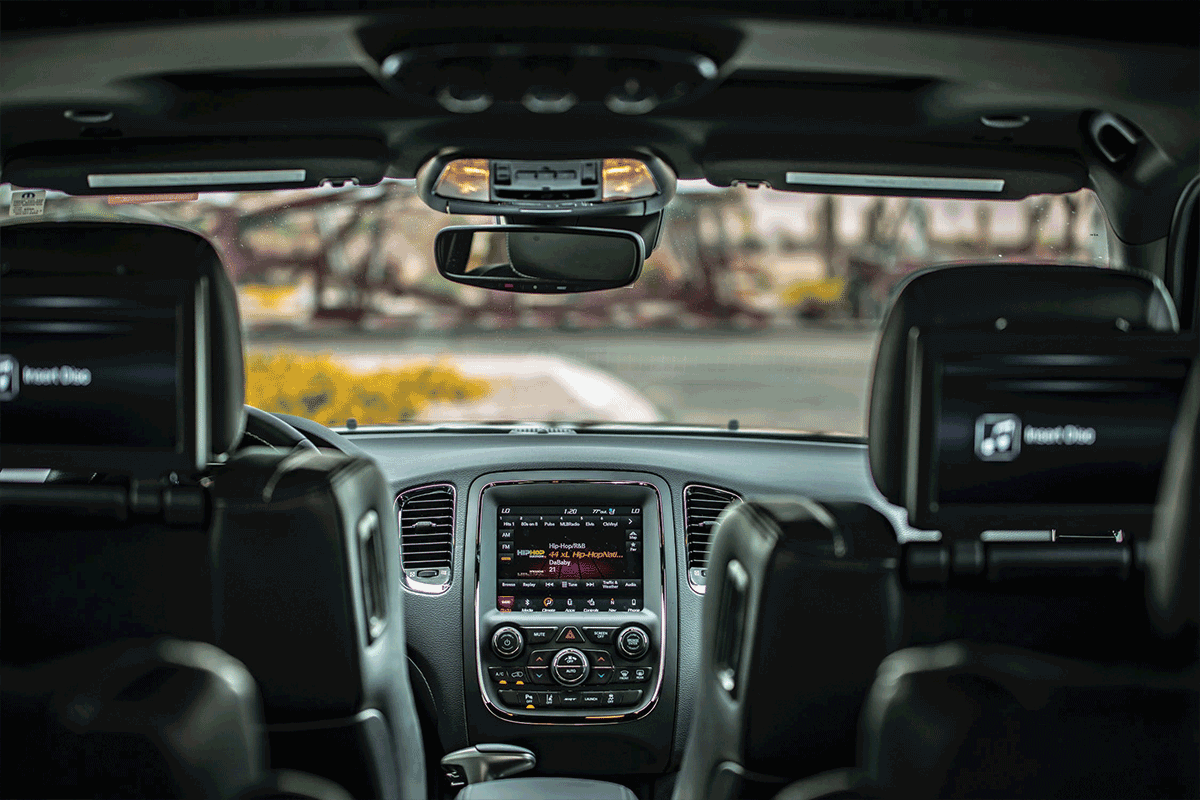 Self-driving cars seem to be the way of the future but, just like any other car you’d buy, safety is key. With the cars and features we’ve looked at here, you can make a secure choice as you move into the world of autonomous vehicles.

Be sure to head to our website now to view our full range of car accessories to support your devices and help you drive safely on the road.