We’ve come a long way, baby. Gaming has witnessed its industry evolve exponentially over the decades.

From 8-bit to 3D, to dual shock and to massive multiplayer platforms online. Who would’ve guessed after the 1972 release of Pong that the gaming industry would be expected to accumulate $181 billion in revenues within 50 years?

At the forefront of this market, optimism is the arrival of the latest major evolution in the industry: augmented reality and virtual reality. The idea of both AR and VR playing the role of some unknown mystical force may cause bemusement among some readers. After all, AR in gaming has existed for over 15 years through Sony PlayStation 2’s Eye Toy: Play – a game that utilised a camera to embed a digital world over a real-life canvas that users could interact with. While Nintendo Wii captured the imaginations of millions wanting to use the console’s touch-sensitive controllers to immerse themselves into a virtual world that allowed you to (almost) physically go bowling or play tennis in your living room.

It’s certainly true that we’re no strangers to both augmented reality and virtual reality in gaming, however, we’re fast approaching an age where the technology surrounding both AR and VR has the potential to change gaming forever – and 2019 may see the beginnings of a seismic shift in how we play video games and interact with fellow gamers.

Augmented reality and virtual reality’s seemingly limitless possibilities might well make them the most exciting emerging technologies on the planet today. The industry surrounding AR along with VR is forecast to attain a value of over $25 billion by 2025.

AR, in particular, has found a special place amidst the burgeoning mobile gaming market of today. Currently representing over 50% of the global games market, apps are showing no signs of letting up and given that mobile handsets typically come with built-in cameras, they provide an excellent platform for augmented reality gaming. 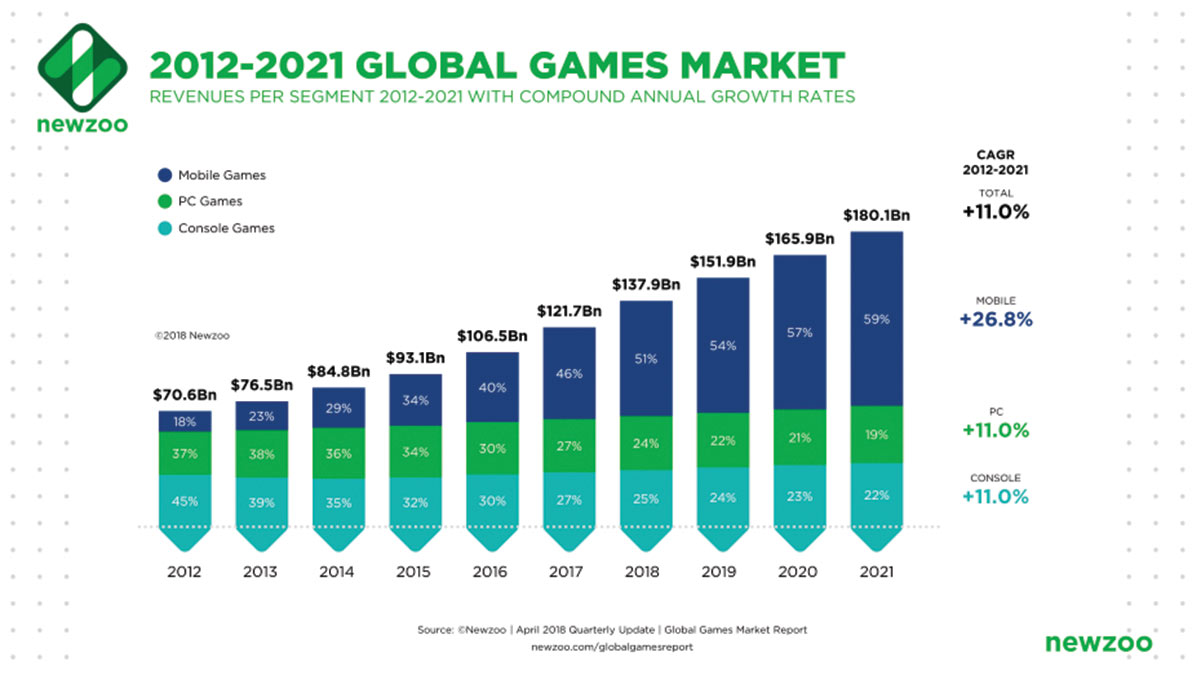 The 2016 release of Niantic’s Pokemon Go! represented a watershed moment for augmented reality and entertainment, and having accumulated over 800 million downloads worldwide users have been left captivated by the ability to interact with everyday life in a bid to catch as many ‘monsters’ as they could find.

Pokemon Go!’s wild success has enabled Niantic to return in 2019 with Harry Potter: Wizards Unite, a similar concept based on the money-spinning Harry Potter franchise.

The relationship between augmented reality and mobile devices shows no signs of abating in the near future, but this exponential growth has only encouraged developers to search for ways to further improve on the level of immersion that both AR and VR offers.

One such company looking to take AR gaming to the next level is WATTY. The company’s dedicated app, WATTY REMOTE, actively brings users from around the world together through embedding digital layers on real-life canvases. Users can play games via mobile devices and share their experiences and information through WATTY’s remote AR framework.

While both gaming and retail have been swift to utilise AR technology that simply adds a digital veil on top of a real-live optical backdrop, remote augmented reality goes one step further and actively connects users from across the world through AR.

WATTY REMOTE promises to bring unparalleled interconnectivity to augmented reality environments and paves the way towards a future of deeply immersive multiplayer games in the coming years.

Gleb Braverman, the founder of WATTY, highlights the potential that remote AR and its uses hold in providing a platform for users to engage across the world: “Imagine if you could share AR with your friend on the other side of the world with just a mobile phone. We’ll actually be able to deliver it with WATTY REMOTE. Our vision is that AR multiplayer will be as easy as online shopping.”

Remote AR isn’t the only development that’s set to revolutionise the gaming landscape. TechRadar believes that virtual reality will have a significant say in the direction that gaming takes in the coming years, and – somewhat counterintuitively – that the technology will herald a new era of games offering physical experiences.

The impracticality of VR headsets in their current form may be off-putting to customers looking to use the technology from the comfort of their own home, but companies like The VOID has adapted virtual reality into becoming a driving force behind the next generation of immersive gaming.

The VOID offers more headset based technology, but unlike with personal headsets, users are required to travel to a specific location to try this particular offering. VOID features a network of physical props that supports the virtual world that gamers experience. If you’re atop a tower, you’ll feel the scaffolding below shake, if you’re in a cave you might sense the air around you turn damp.

The VOID combines virtual reality with real-life props to create what the company describes as “hyper-realistic experiences.” Other VR-based theme parks are gaining prominence in Japan, and may well have found a way of utilising virtual reality in an effective way that will ultimately change the way developers approach the gaming industry in the coming years.

Are you looking for the best accessories to take your gaming experience to the next level? Then head to our website now to view our full range of products.

Phone to Phone Charging: The Future of Wireless Charging and Batteries