Less than one week after rival Samsung unveiled its foldable smartphone, Huawei has revealed its first device with a foldable screen – the Huawei Mate X.

Dropping at MWC (Mobile World Congress) in Barcelona just yesterday, the premium device boasts a number of innovative features which causes the foldable phone to stand out from the rest.

Demonstrating a design that’s notably futuristic, the Huawei Mate X could set apart the brand from the smartphone industry. Unlike foldable phones we’ve seen before, the Mate X features an enormous 8-inch wrap around AMOLED screen, a thickness of just 11mm, 5G capabilities and a huge 4,500mAh battery.

Dissimilar to Samsung’s Galaxy Fold, the thinner, 5G rival, positions its fold-out screen on the outside of the device, resulting in a display that covers the front and back of the phone when it is closed shut. The hinge configuration seen on the device has been branded by Huawei as the ‘Falcon Wing’ design. 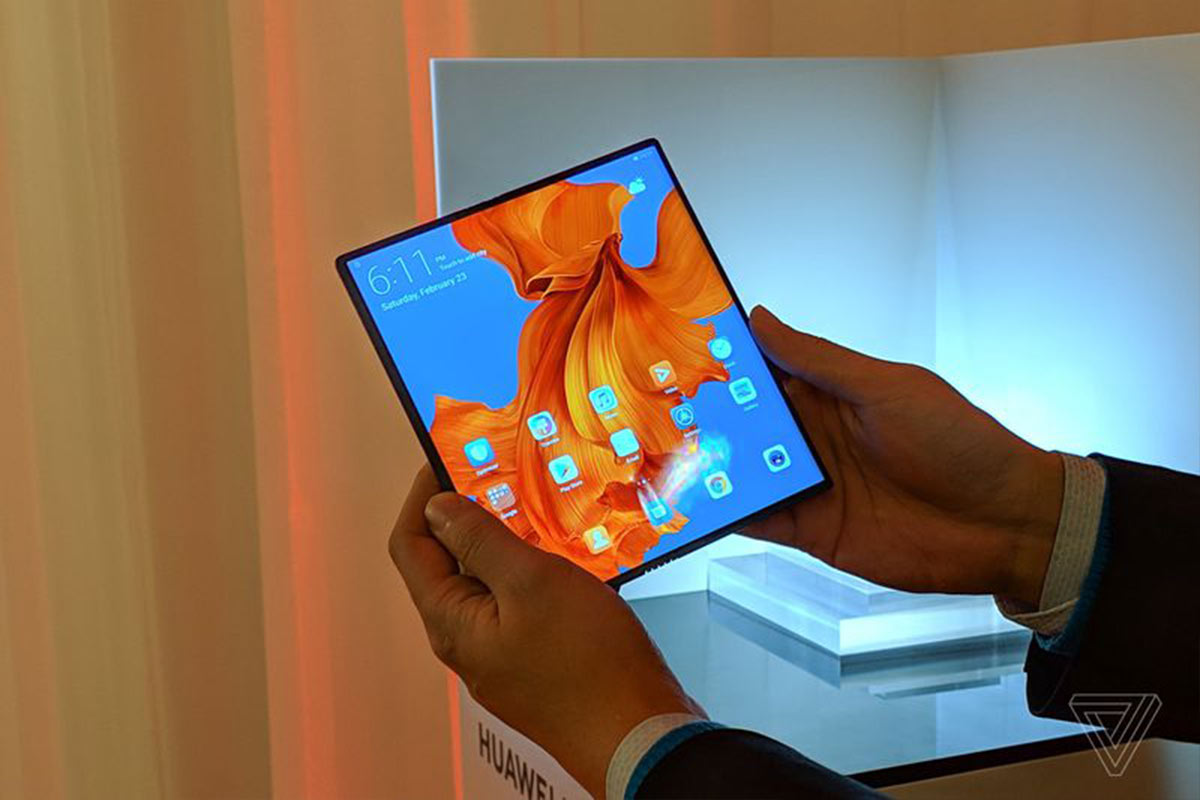 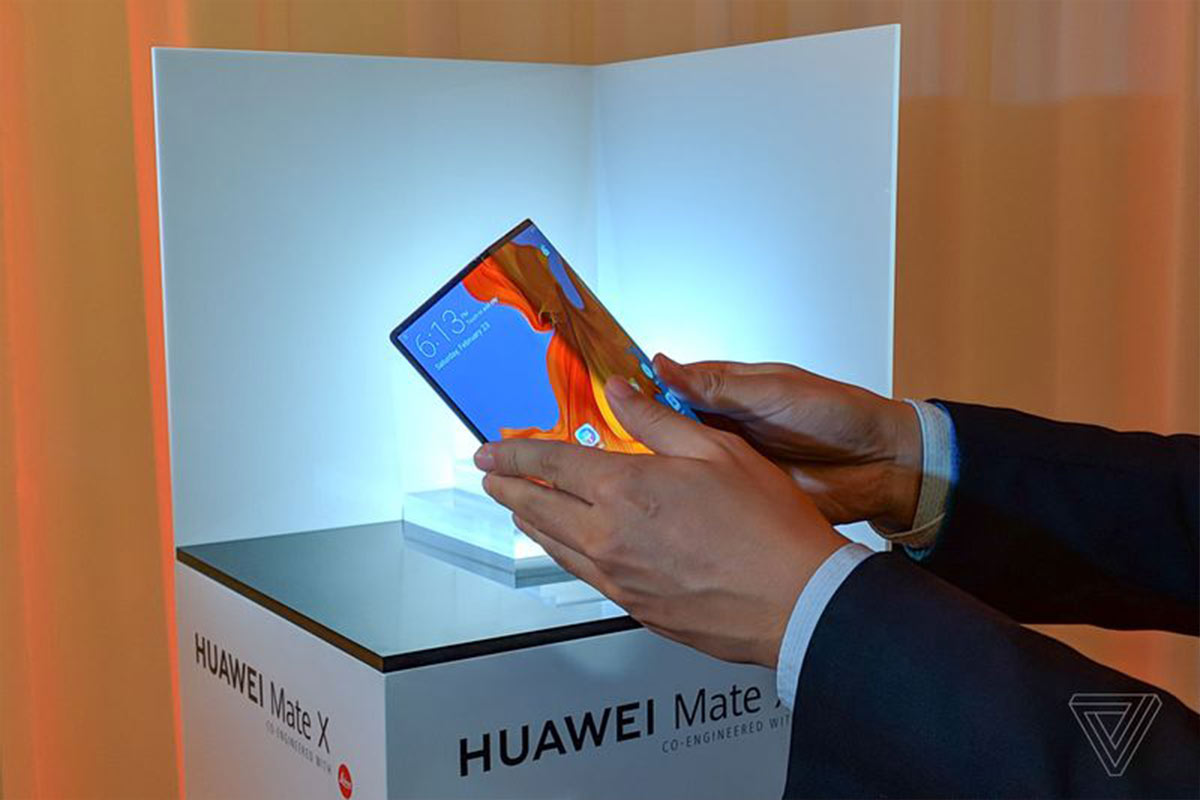 When unfolded the Mate X’s tablet-sized rear screen measures a whopping 8-inches. Yet, when folded you basically have a dual-screen smartphone, with the front display measuring 6.6-inches – making the Samsung Galaxy Fold display seem undersized, at a smaller 4.6-inches.

In practical terms, here are all the sizes for the three displays on the Mate X: 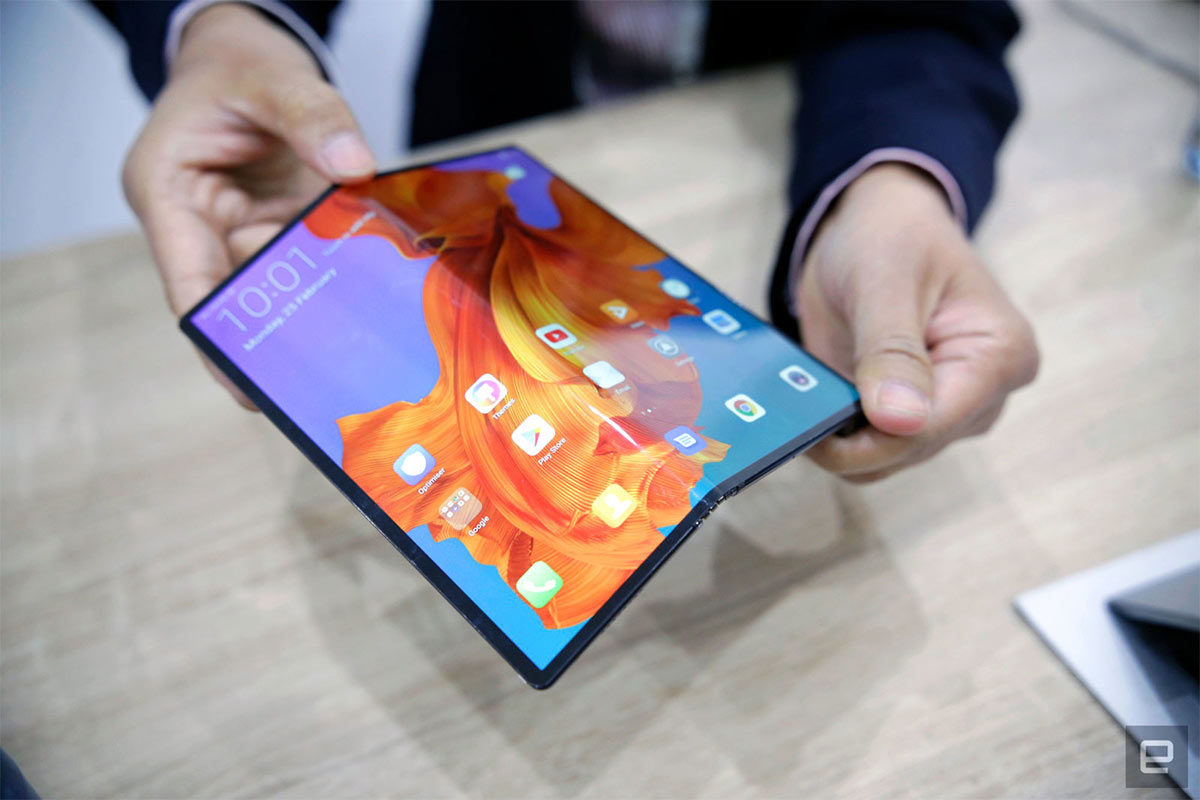 The impressive display doesn’t include any notches, making the overall design appear less bulky. Despite how thin the device is, the brand has discussed that the screen featured on the Mate X has endured 100,000 folds in lab-condition stress tests. So regardless of the slim design, it appears to be a strong piece of kit.

A clasp system keeps the phone firmly shut when it is in its folded phone-sized form, users will then be able to push a button located on the rear of the device to enable it to be released into an 8-inch tablet. 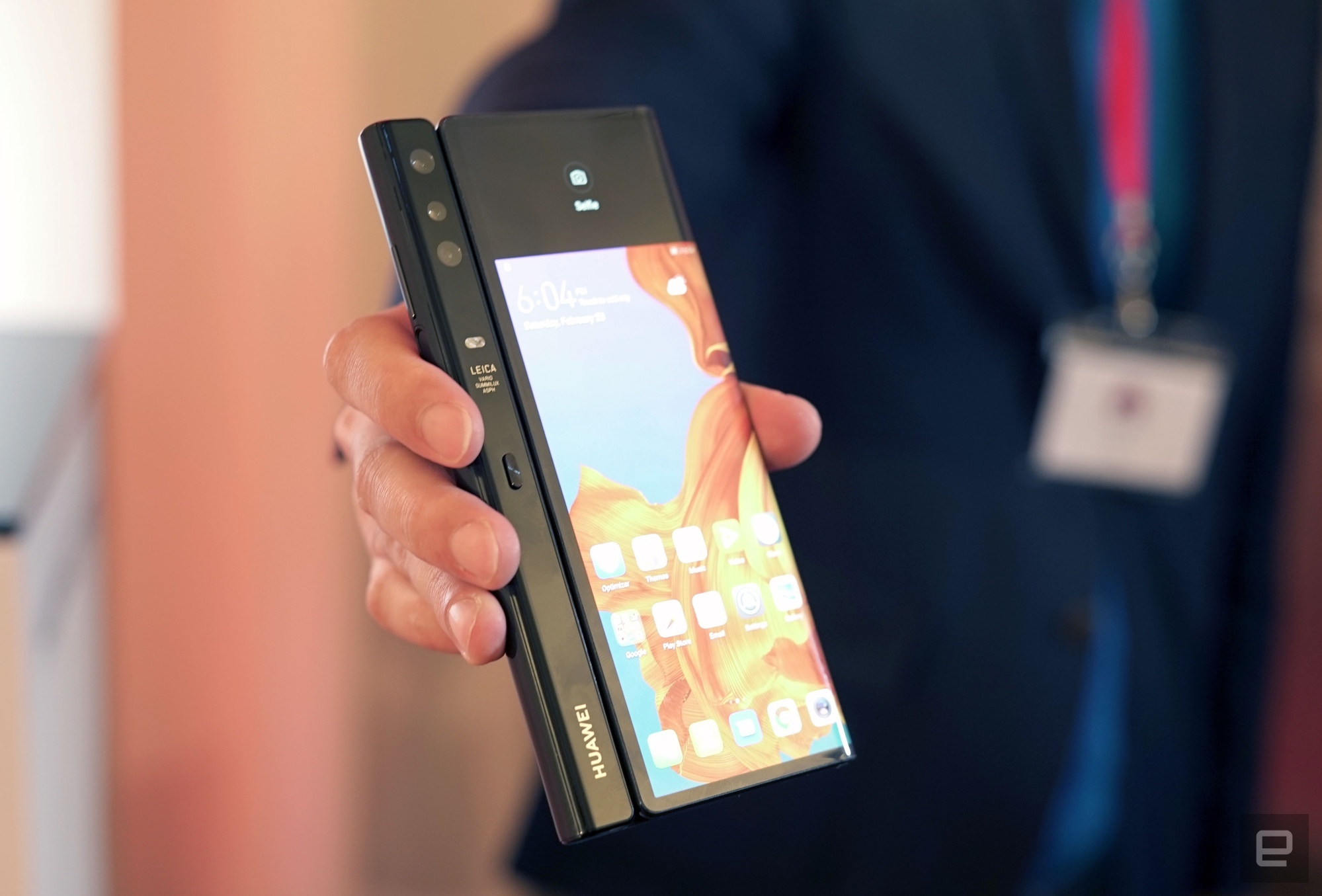 Located to the left of the back display is a vertical bar. This bar stores the brainpower of the device, from the triple-camera system to the power button which houses a fingerprint scanner.

Unlike the Galaxy Fold, there is no front camera on the Mate X, just a triple-camera system positioned on the back within the vertical bar. Very little information was given away about the camera, however, it is clear that the back display can double up as a viewfinder, allowing users to take selfies just as well, or if not even easier, than with a front-facing camera. Yet, no front cameras mean there is no face recognition either.

Alongside using the same Kirin 980 processor that’s at the heart of the brands Mate 20 Pro and Honor View 20, the Mate X chip is paired with Huawei’s own Balong 5000 5G modem. Although brands will have to wait for phone networks to start implementing their 5G signal across the world, it’s inclusion positions the device as a mobile fit for the future. Nevertheless, this 5G phone isn’t like the others we’ve seen. Huawei states that it is the world’s fastest foldable 5G phone, that has the ability to download a full-featured 1GB movie in just 3 seconds – dependant on if your network supports such speeds of course.

Then comes the battery to support all of these exciting specs. Or as we should say batteries. The Mate X features two batteries, placed within each separate half of the device. These batteries combine to create a larger battery with 4,500mAh capacity. Additionally, the tablet-hybrid includes Huawei’s 55W SuperCharge technology, meaning it can power up the Mate X from 0% to 85% in just a mere 30 minutes.

In regards to memory, there’s no need to worry about running out of space to store content. The handset-tablet hybrid offers 512GB of internal storage, has a dual-SIM card slot and supports a Nano Memory Card – Huawei’s exclusive memory card format that replaces the traditional micro SD card and is available in capacities up to 256GB.

With a heavy price tag that almost makes Samsung’s Galaxy Fold look somewhat affordable, the Huawei Mate X is priced at €2,299 which is approximately £2000. Chief of Huawei’s consumer devices, Richard Yu, did recognise that the cost of the phone was “very expensive” but believed it would be reduced gradually over time. The phone will be available later this year and will launch on EE, Three and Vodafone in the UK.

The Huawei Mate X’s impressive internal specs and aesthetic-features combine to create a futuristic, innovative smartphone. However, it will take a while for foldable phones to be adopted by mass consumption. Though, for early-adopters and tech-enthusiasts it’s an exciting time to know the future of phones could be in their hands in a matter of no time. What do you think of the new Huawei Mate X?

If you are interested in getting your hands on accessories to compliment your Huawei device, be sure to head to our website now.