Over the past 20 years, technology has developed in leaps and bounds, and we’ve seen changes occur that we couldn’t have even imagined back at the turn of the millennium! Take a look below at our review of the most dramatic changes that technology has undergone in the past two decades.

Today, your mobile phone is likely never more than an arm’s reach away, but 20 years ago things were quite different. According to a study by The Office for National Statistics (UK), in 2000, only 47% of households in the UK had a mobile phone, and unlike the ones we own today, they were very limited on what they could do, mostly restricted to SMS texting and calling.

Nowadays, everyone has a mobile phone in their pocket, but it’s no longer just a mobile phone! Today, mobiles have internet access, high definition cameras, gaming capabilities, music storage and a whole host of apps, from ordering a taxi to finding a date in minutes.

It’s hard to imagine a world where our phones didn’t have cameras, but camera phones didn’t actually start appearing until the 2000s. It was Nokia and Motorola that dominated the market throughout the 90s and early 2000s. The models that were released between 1998 and 2000 brought about the first ever customisable ringtones, appearances and games, with the first ‘smartphones’ beginning to appear between 2004 and 2006 as they enabled GPS.

Flip phones were extremely popular throughout the 2000s, with Samsung being the most notable brand. The first iPhone was released in 2007, however, iPhones weren’t immediately popular like they are today. Instead, Blackberrys were popular due to their physical keyboard with singular letters, email function and instant messaging system ‘BBM’. Today, touch screens are the norm and physical keyboards are somewhat of a rarity! Compared to the 47% of households that had mobiles in 2000, in 2018 this figure had more than doubled to 95%.

In the early 2000s VHS tapes were ever popular as a way to watch films that you had bought, or to record programmes that you were going to miss, as there was no catch up function on televisions back then. Around 2002, VHS tapes decreased in popularity as people switched to DVD’s due to their higher quality, and by 2008, VHS tapes were practically obsolete. Today, streaming sites such as Netflix are the most popular way of watching films and TV shows, and it’s a rarity for people to purchase physical copies of films. Interestingly enough, Netflix initially started as a DVD rental service, and didn’t introduce streaming services until 2010!

In terms of television, back in 2000 it was rare to have more than the standard five channels, yet today satellite boxes can give you hundreds of channels to watch, perhaps even too many to choose from! There is also the option to catch up on the programmes that you’ve missed from the broadcaster’s on demand services – meaning you don’t have to program your VHS player to record your favourite programmes while you are out.

The introduction of streaming services such as Netflix, Now TV and YouTube also mean that fewer people are watching traditional TV. Instead, they are opting to stream programmes online where they can choose what they want to watch and when.

Huge advancements have been made in the gaming industry since the millennium, aided by increasing internet speeds. It was the year 2000 that the PS2 was launched, which marked a turning point for gaming culture – it was the first console that looked ‘grown up’. Prior to then, gaming consoles were mostly aimed at children and teenagers, with popular games being classics like Super Mario and Sonic the Hedgehog, played on N64, Xbox, PS1 and Sega consoles.

Where portable gaming is concerned, the Nintendo GameBoy was popular in the early 2000s, with the Nintendo DS being released in 2004, introducing a touch screen into the portable gaming world. Gaming systems nowadays are more portable than ever, with consoles such as the Nintendo Switch and the introduction of Google Stadia – which allows you to stream games over wifi and play them on a desktop, smartphones and tablets.

Gaming graphic capabilities have also advanced hugely in the last 20 years, moving from colour blocks through pixelated images, arriving at the near lifelike quality of imagery we know today. As we head into 2020, a huge number of different gaming consoles are available, with features such as motion tracker technology and virtual reality headsets that make you feel like you are actually in the game rather than just playing it! This is aided by the advancement of realistic 3D graphics and game physics that occur just as they would in real life. Using this technology the Nintendo Wii provided a breakthrough in further expanding the appeal of gaming, reaching older ‘non-gamers’, as did mobile gaming. Finally, there is a much richer range of gaming content available today thanks to market places such as Steam and online app stores, which have given indie developers a real foothold into the industry.

In the early 2000s, music was stored on cassette tapes and CDs, bought in store and listened to on devices such as stereo systems or portable Sony Walkmans. The first iPod was released in 2001, where you uploaded your CDs into iTunes and stored them all on a portable device, that you could listen to anywhere.

The original iPod featured a 5GB hard drive capable of holding 1000 songs in 160-Kbps MP3 format. A 10GB option was available from March 2002, which doubled its capacity to around 2000 songs. Even the iPod and other MP3 players themselves have become almost obsolete in the last five years, as the memory capacity of mobile phones grew to be large enough to store your music collection on.

Nowadays, practically all music is downloaded or streamed to our phones and computers, dismissing the need for physical in store purchases. We can listen to our entire music collection anywhere, in great contrast to the year 2000 when you had to physically carry any tapes or CDs you wanted to listen to on the go.

According to a study published by The Office for National Statistics (UK), only 44% of households in the UK had a home computer in 2000. Twenty years ago, computers were heavy, bulky and took up a lot of space on a desk (monitors could be more than 30cm deep!) They could be slow and unreliable, with the graphics being a lot slower than what we are used to today. Memory in computers was also limited, so external hard drives were common.

Today, it’s hard to imagine a world without computers. By 2018, the figure of those who had home computers had doubled from 44% to 88%. They are smaller, faster and more convenient than ever, and subsequently are part of our daily life, as we use them at work, home and even on the move. Rather than taking up a whole desk, computers can fit into a handbag in the form of a tablet or notebook, to be taken anywhere you like. They also have more memory than they used to.

Although laptops first came about in the 80s, it wasn’t until 2005 that they overtook desktops in terms of sales. Laptops have transformed the way we work, enabling hot desking and remote working. With technology advancing at the rate it has, a laptop today costs a fraction of what it would have in the early 2000s, yet the performance is infinitely better.

The first blogging sites became popular in the late 90s starting a social media sensation that continues on to this day. Early blogging sites included Blogger and LiveJournal. MySpace was launched in 2003 to become one of the first ever worldwide social media sites, and was popular among budding musicians as a place to upload and share their tracks. Facebook was launched in 2004, and by the end of the year, it had 1,000,000 monthly active users.

Today, we have multiple social media platforms that all fit different social networking niches, such as Instagram, Snapchat, TikTok, LinkedIn and many more. It’s rare to come across someone who isn’t on at least one social media channel, and as of the third quarter of 2019, Facebook had 2,499,000,000 monthly active users – making it the most used social networking platform worldwide.

The first widely used instant messaging platform was MSN Messenger, which was popular with noughties teenagers as a way to connect with school friends after classes were over for the day. It started as a text messenger, but later added photo sharing, video calls and games. In 2009 it had as many as 330 million users but was closed down in 2014 when Microsoft replaced it with recently purchased Skype. Today’s popular messaging platform is WhatsApp, which in 2018 boasted 450 million daily users, with 1.5 billion people using the app.

Twenty years ago, the internet connection used was known as ‘dial-up’, which used a telephone line to connect to the internet. This meant that you could only use either the phone line or the internet at one time, sharply increasing the number of arguments in households with teenagers! Dial-up would take up to a minute to connect and was characterised by a series of musical beeps, screeches and boings as the modem connected. Needless to say dial-up was notoriously slow – 56kbit/s, which contrasts with UK average speeds today of 22 Mbps. To put this into context – a 6MB image would take 15 minutes to download on dial-up, but only 2 seconds today.

Today, we are able to access the internet completely wirelessly, from wherever we are. WiFi was introduced in the early 2000s, but demand for it exploded when WiFi enabled phones hit the market around 2007 and consumers wanted public WiFi points for when we’re out and about. On our mobile phone networks we also have internet access via 4G, and are slowly being introduced to 5G, which will only make our access to the internet even faster.

The number of people who have access to an internet connection has also hugely increased in 20 years. In 2000, only 25% of all households in the UK had broadband access, yet in 2018 over 95% did!

There is a stark contrast between the data storage of 20 years ago, the storage available now. Twenty years ago people were using floppy disks and Compact Disc Rewritables (CD-RW) to hold files such as documents and photos, and although they were large in physical size, they didn’t hold much data. At the beginning of the millennium, USBs had just been invented, which held around 8MB – enough for two ebooks or a 90 second low-resolution video. Nowadays, we have USB-C drives, that can carry significantly more information compared to USB drives and offer double the transfer speed, all whilst gradually getting smaller in size.

SD (Secure Digital) cards are also commonplace today, they come in a variety of different sizes to suit your different devices, from cards around the size of a stamp to ones the size of your fingernail! It’s also not unusual to see SD cards today that hold over 250GB – which is a huge advancement from the 32, 64 or 128 MB cards available 20 years ago! This is the equivalent of being able to hold just ten 12 megapixel photos on a 64MB card, whereas a 250GB card can hold around 30,000.

Over the last few years, we’ve gradually been moving away from storing information on physical devices as cloud storage has become very popular. Cloud storage allows us to access data from anywhere that has an internet connection, removing the need for us to carry around memory devices. Instead, our information is stored on huge servers around the world, providing almost limitless capacity. This does, however, leave your files at the mercy of other companies, so many people prefer to privately store them on memory devices.

It’s evident that huge advancements have been made in the past two decades across all areas of the technological world. It almost seems impossible to imagine what will happen in the next two! 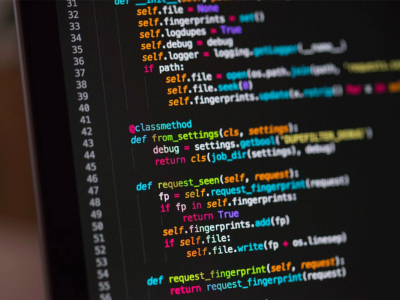 Self-Learning Software Could Help Save the Planet