Establishing how much mobile data you need is critical (even if a little boring).

The UK is far from consuming the most mobile data usage within the world. However, our love affair with mobile data continues to awe even the network carriers which sell it to us.

The average UK user could get through as much as 18GB of mobile data per month by 2021, according to recent research undertaken by CC Insights. In addition to this, according to an OFcom report, a typical user’s mobile data usage increases at a rate of approximately 50% per year, compounded.

Which brings us to the problem. Whatever phone plan you’re on now, is likely to be the wrong plan for you in a year. In 2 years (the duration of a standard phone contract), it will almost certainly be insufficient for your needs. 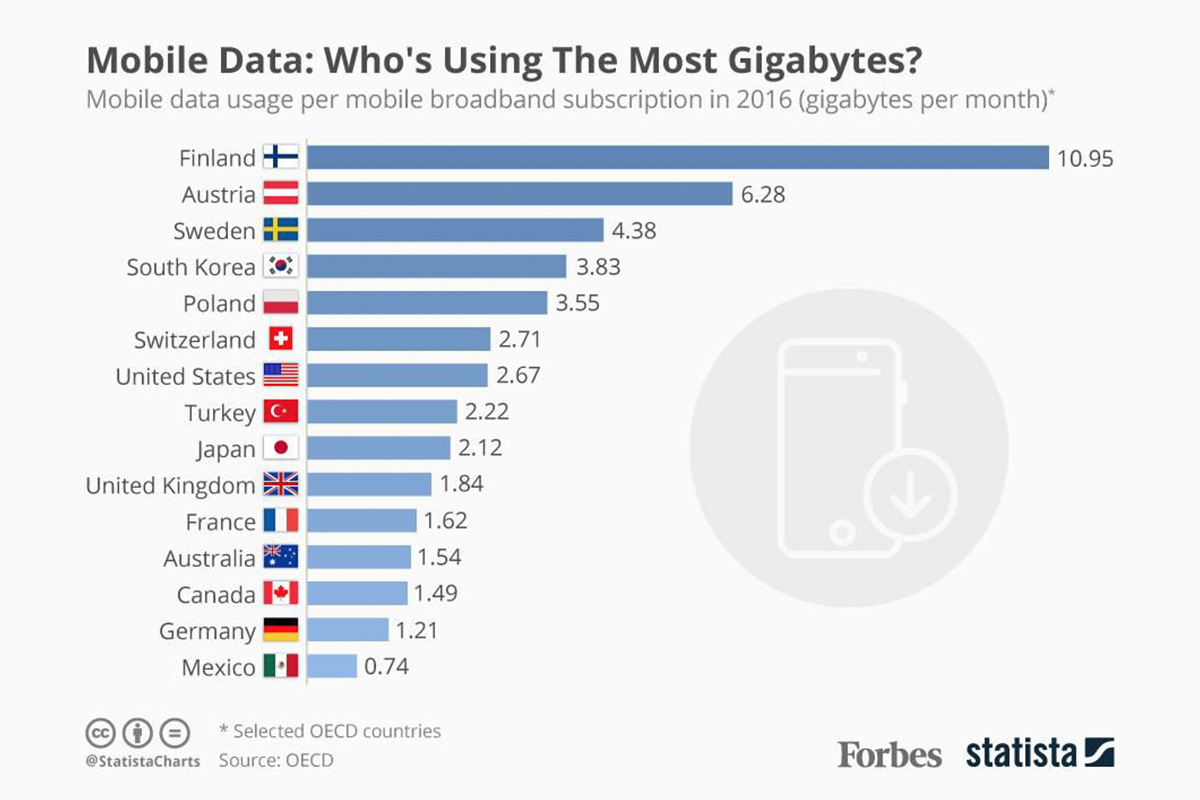 The UK ranks 10th in the world for mobile data consumption. The issue, however, is becoming increasingly important.

How can being on the wrong data plan affect me?

People who are on the wrong phone plan will experience two major disadvantages, which both result in larger bills than you need to pay.

1 ) You buy more data than you need: Statistics are hard to come by for the UK market (which is part of the problem) but a straw poll of your friends and colleagues will show you that most people have little idea of how much data they use, let along how much they need. The most natural solution, when the salesperson asks you which plan you want, is to take a bigger bundle, which means you pay more.

2 ) You pay ‘overage’ charges: Overage is the name the phone companies give to the charges they attach on your account, beyond what you originally signed up to. Some estimates suggest that 28% of users have paid more than they were expecting in the last month, alone. Even small charges, like this, when applied regularly can add up.

In either case and despite the difficulty of establishing the information, people need to make an informed decision – you end up paying more.

So, how do you figure out how much mobile data you actually need?

Work out how much mobile data you need:

To understand where the data is being consumed, most websites will tell you that it’s essential to know how much data each online activity uses. They’ll provide a table like this:

The problem is – and has always been – that people don’t have the slightest idea of how many emails they send each month or how long they spend on social media.

Luckily, there are a number of solutions available to you which will actually work!

Establishing both your usage and the trend in your mobile data usage is actually, extremely easy, once you know how. 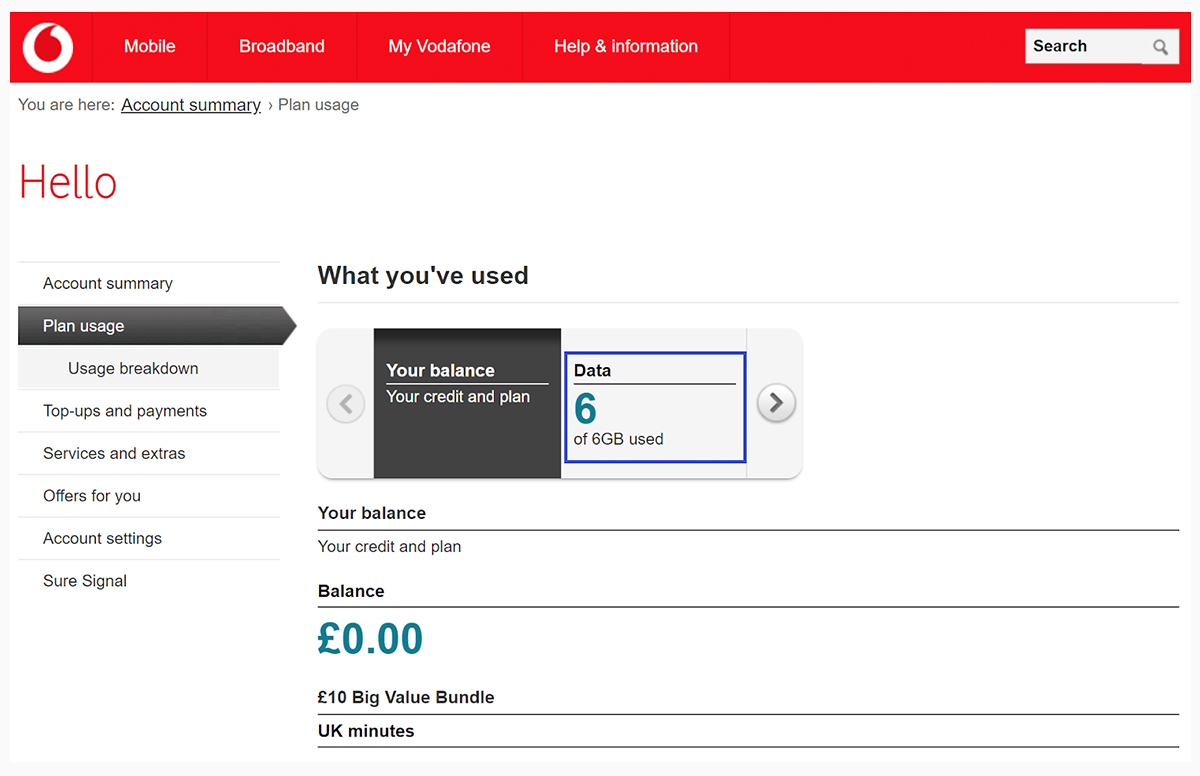 How can I reduce data usage?

Once you know how much data your apps are using, it can be helpful to reduce the consumption of data. Here’s how.

The key is to shop around

In our view, you should be checking your phone plan at least as often as you have your car serviced. Whether you’re buying more mobile data than you need to avoid overage fees or you’re paying through the nose for data on top of what’s allocated in your plan, you’re missing out.

Luckily, these simple steps will help you quickly, easily and cheaply, determine how much mobile data you’re using. Once you know what you need, finding a plan is easy, using phone company comparison sites and signing up usually takes as little as 15 minutes.

As OFcom themselves say, people who shop around for deals are doing fine and are paying less now for data than they ever have before. It’s those who are too time poor to compare, which bear the brunt of overcharging by the phone companies.

With data usage increasing at 50% per year, the problem of overcharging is only going to get worse. If you haven’t started calculating your own mobile data usage already, you might like to start now.

If you find yourself in the position of actually needing more mobile data, head to our website now to find the best Data SIM cards for your device.