Being a completely stubborn person and always sticking with the opinion that college is not for me is most likely the largest contributor to my current situation. However, it is for certain the only reason I’ve been able to make it this long without a steady income, being stubborn, not being “uneducated”.

One thing I know very well is technology and that’s because I love computers and what can be created, which is anything you can imagine. There is no limit or rule to how you create or what you create, only what you limit yourself to. This is the 7th month out of the last 11 months that I have been without work. I knew I had to find something to sell so that I could keep my car and have the option of getting to a job in the first place.

The hardest part is finding the balance of knowledge and fluff. Most people will buy a product that is shiny and they think looks like their idea of how the product should look. Though more and more people are becoming “nerdy” in that they know words like Gigabit (GB), Hard Drive and WIFI.

This makes it a bit more difficult to sell however as long as the system is clean, and looks pretty most individuals will have no problem forking over a very hard earned crispy set of bills. Then I can take that nice stack of bills, pay some of my debts, and buy more cheap systems from other sellers. It’s pretty much the ideal system for rendering basically no service to anyone and making money out of nothing.

I only suggest, that you know your product very well, then try and sell it. If you have no knowledge of laptops or technology you most likely won’t have any luck in selling them either.

Most devices that I purchase via the site are not what they were advertised to be. This is something that you must be prepared to deal with. Most people are not trying to sell their things cheap out of desperation but rather because they are wanting a system that actually works.

This is both a good thing and bad thing. On one hand they are letting it go cheap because they don’t have either the time or the knowledge to fix it themselves. On the other hand it’s usually a very simple problem to fix and if not it never hurts to have spare parts on hand for the next system that you buy.

Knowing your facts about what you are selling can sometimes be the difference between a sale or a letdown. Knowledge of your product is a must if you are buying and selling. Know what you’re buying and know what it’s worth and what you can get for it. When you are selling it is sometimes better to know less. If someone is looking for what they think is a deal they probably would like to think that you are the one who doesn’t know what he has on his hands.

This makes them feel like they’re getting themselves a good deal. Giving your buyer what they ask for is very important as well. They want the facts on what they are buying and if you can provide them this they are likely going to buy from you. But don’t come across like you’re the “answer man” or they may think that you are trying to pull one over on them.

One of the best tips I can give is to be nice. Being nice can lead to getting more sales. For instance if someone buys a system and you have another person who is interested don’t tell them they’re out of luck. You can offer them another system and you can get two sales instead of just one.

If you want to buy or sell used programming Laptops, read my epic guide – 10 best laptop for programming.

RFID Blocking: What is it?

More in How to 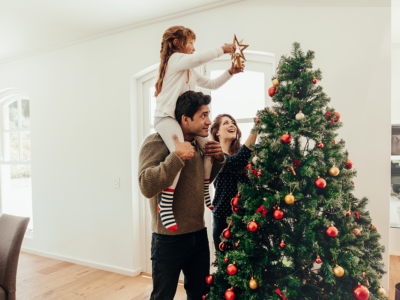 How to Take Photos at Christmas