With the global pandemic continuing to rage throughout the world, this year’s Apple conference was held exclusively online, with no in-person event. Regardless, during WWDC 2020, it’s annual Worldwide Developers Conference, Apple unveiled a series of big announcements, including new features coming to iOS, macOS, and other major software updates.

Did you miss what was announced at Apple’s WWDC? Here’s a quick rundown of all the highlights and everything unveiled at the feature-packed, online event. 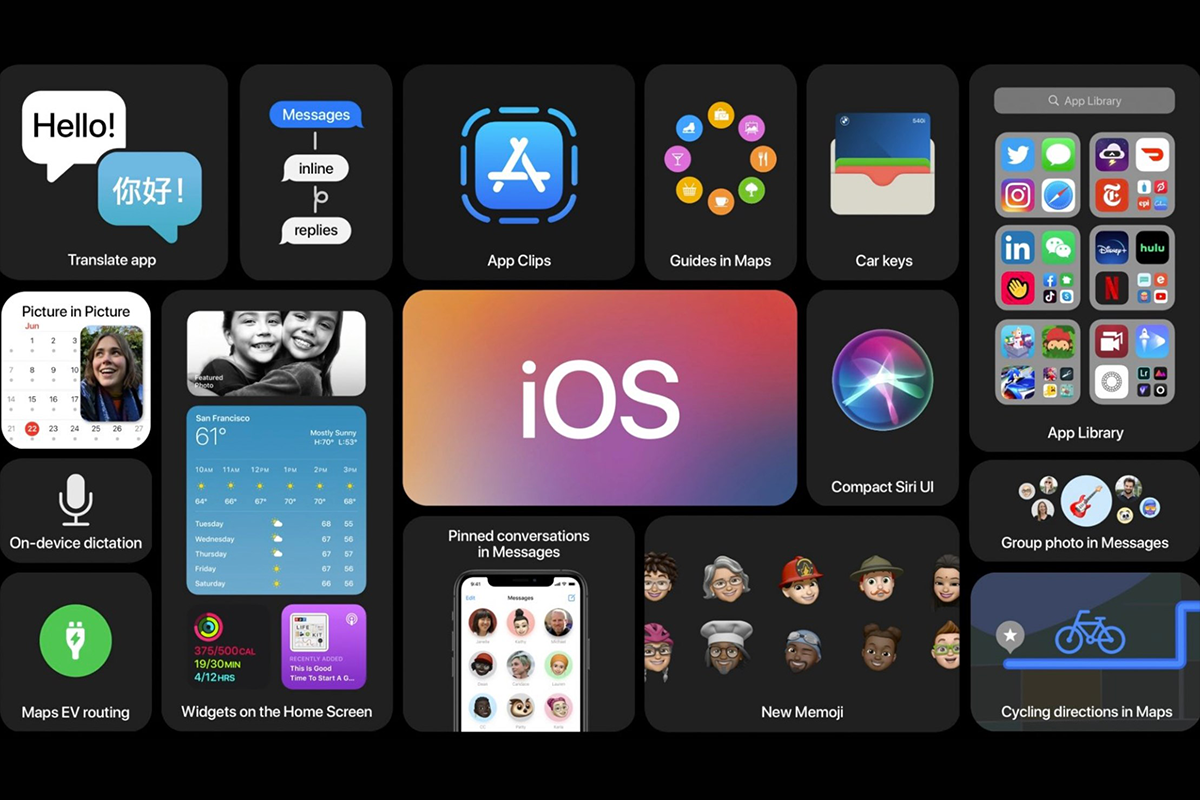 During the online event, Apple gave viewers a first look at iOS 14, coming to phones later this year. Perhaps the most notable change is to the home screen with the addition of widgets.

“This year, we spent time rethinking the iconic experience of the iPhone,” SVP of Software Engineering Craig Federighi said.

For iOS 14, Apple is debuting new widgets in different shapes and sizes which can be placed on your home screen, with the idea that users will be able to have more data-rich info at their fingertips. There’s also a new Widget Gallery that allows you to add more widgets when you are moving icons on the home screen. Up until now, iOS only came with widgets in the Today view.

As for home screen organisation, Apple is also adding App Library, a new smart organisation feature which organises apps into automatic categories. This can be found at the end of the home screen pages and seems great for quickly accessing apps that don’t normally feature on your first or second home screen page.

While the iPad has had picture-in-picture video playback since iOS 9, it has been absent on the iPhone. Well, this feature is finally coming to iOS 14!  If you swipe away while watching a full-screen video, it’ll continue to play in a small floating window on your home screen, which you can resize and drag around the screen. 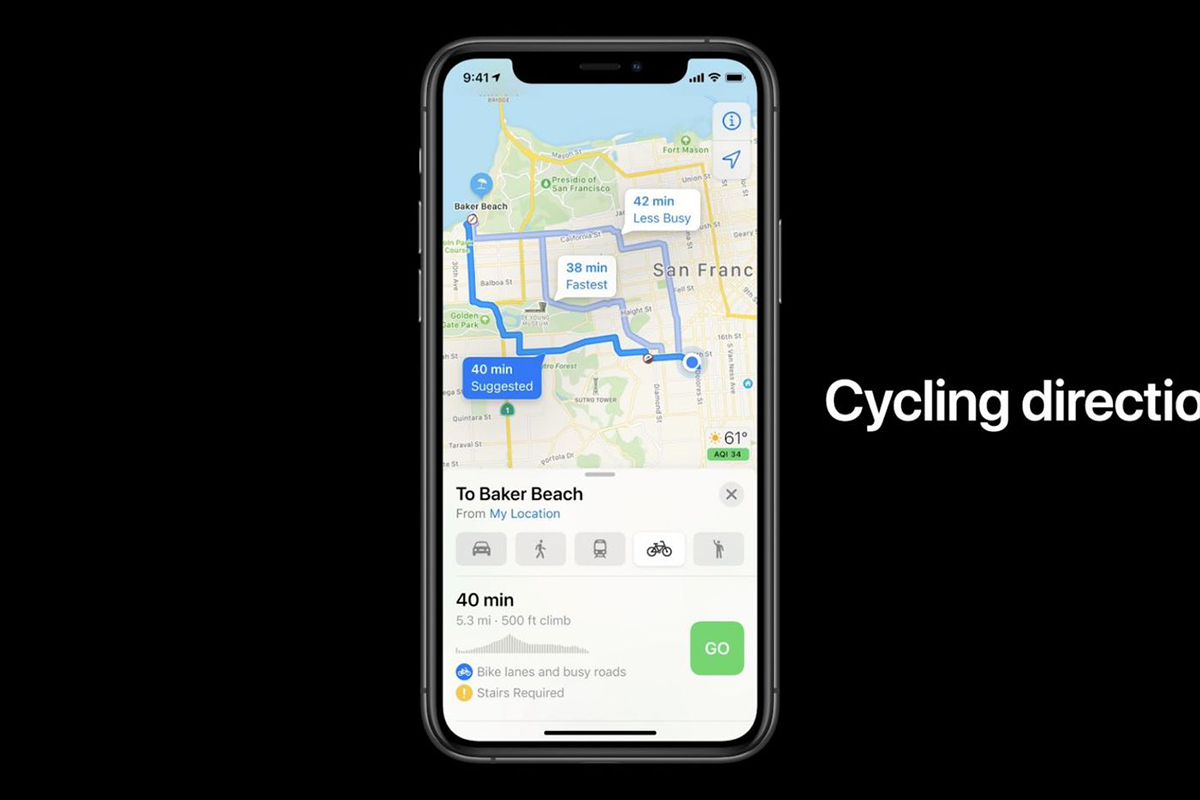 A big update to Apple Maps is coming with iOS 14, which includes a new cycling-specific transportation mode, as well as features. This new feature can alert cyclists to increases in elevation and notify users when they will need to carry their bike up sets of stairs on their journey. Apple says cycling will be available in New York City, Los Angeles, San Francisco, Shanghai, and Beijing at first.

Additionally, there will be new features for drivers as well, such as letting EV drivers know where chargers are along their routes and more information about restricted city centres.

By leveraging the U1 chip on the most recent iPhone models, car manufacturers will also be able to let you use your iPhone as a car key. Most interestingly, users will be able to create unique driving profiles for other iPhone users and will be able to share your key with a friend over iMessage. To start, just the newest BMW 5 series will take advantage of this feature.

App clips are coming to iOS 14

Apple is launching App Clips, which means that users won’t need to download a full app to be able to obtain access to what it offers. These small parts of an app can easily be shared and launched from Safari, Messages, Maps or QR codes. If users like what they see, you can download the full app from the App Library. This new feature seems great for someone who doesn’t want to go through the rigmarole of installing a new app but would like to use a quick service, say to pay rent for a bicycle.

Whilst unveiling its new operating system, Apple confirmed that Siri was getting a major update. The voice assistant will no longer take over the entire screen when summoned, but instead, will pop up with a new small icon at the bottom of the screen. Results will then appear like a notification at the top of the home screen.

Apple is also adding improved translation support, by adding a new Translate app. Similar to Google Translate, the new app will allow users to have a conversation in two different languages, and translate from voice-to-text-to-voice, when the phone is rotated to landscape mode. 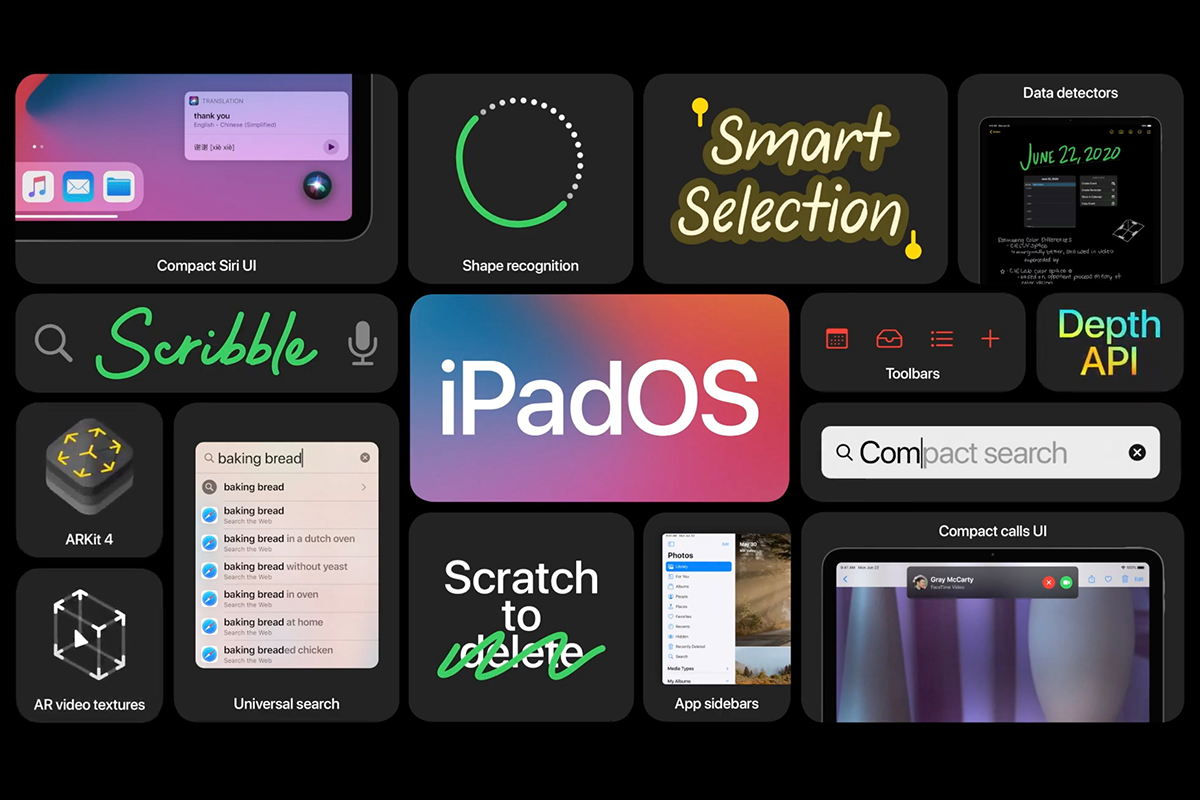 While iPadOS 14 will get most of the features mentioned above for iOS 14, it will also house a few new distinct experiences of its own. Similar to iOS 14, widgets will be available on the next version of iPadOS. Alongside this, Apple is debuting a new sidebar and pull-down menus to let you quickly and easily access more app functions from a single location, without switching views.

Apple has also redesigned search on iPad, and it appears to look very similar to Spotlight on macOS. This more compact search design lets you stay focused on your main task and open apps or search the web with just a tap, and a new as-you-type experience delivers faster, more relevant results.

Apple unveiled a new Apple Pencil feature for iPad called Scribble, which enables users to write in any text field with the Apple Pencil, then it will be converted to text automatically. This feature can also render handwriting in multiple languages into text on the iPad.

“With iPadOS 14, we’re excited to build on the distinct experience of iPad and deliver new capabilities that help customers boost productivity, be more creative, and have more fun,” said Craig Federighi, Apple’s senior vice president of Software Engineering. “With new compact designs for system interactions and new app designs specifically tailored to iPad, even better note-taking capabilities with Apple Pencil, and more powerful AR experiences, iPadOS 14 delivers an amazing experience that keeps it in a class of its own.”

It was announced that later this year, Apple will bring streamlined smart home controls to HomeKit in iOS14. The tech giant has formed a new alliance with the likes of Google, Amazon, Zigbee and others, to broaden what kind of smart home tech that its users can use, in addition to HomeKit-compatible devices. Other new features for Homekit include adaptive lighting, face recognition, and Activity Zones – where you can limit alerts to just specific sections of the video stream from your security camera, for example. 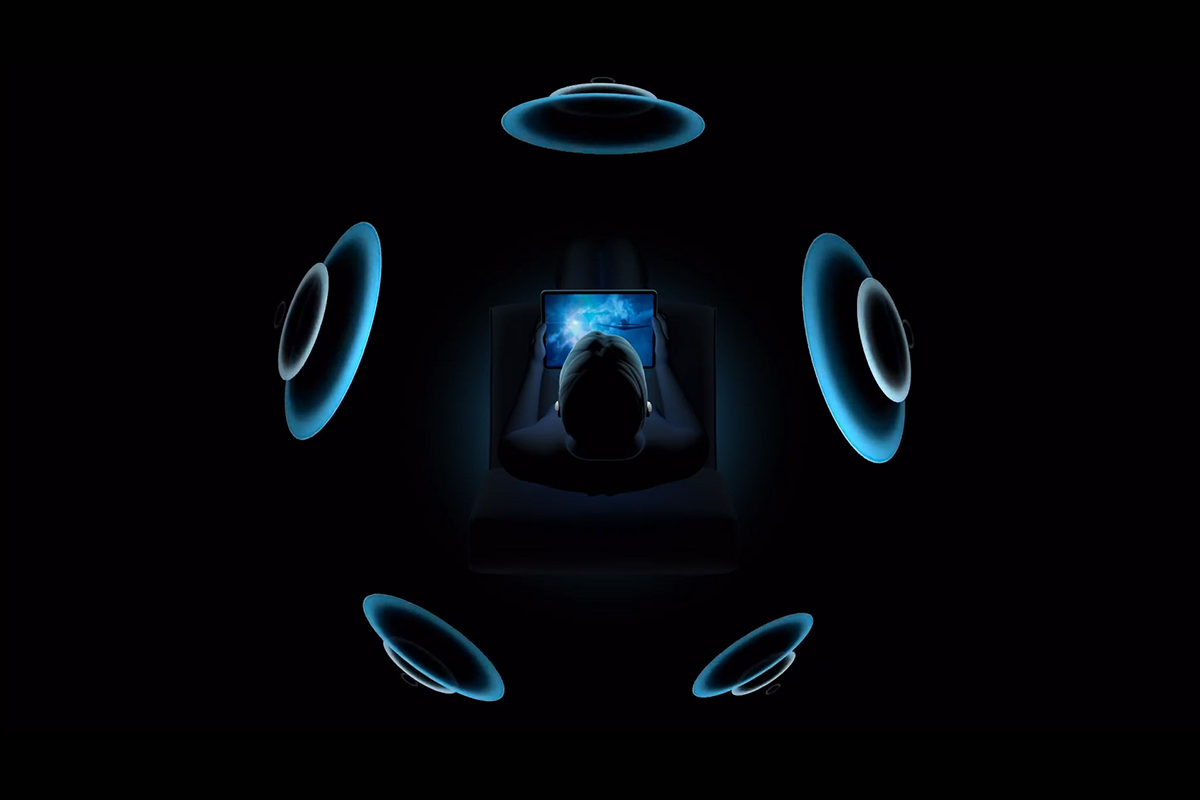 Apple will soon be updating the software running on AirPods so they will be able to automatically switch between multiple devices. This means that you will no longer have to manually select which device you want to connect your AirPods too. Additionally, Apple has updated AirPods with other new features, such as spatial audio for AirPods Pro. Using a gyro and an accelerometer, the feature can track your head movements to provide a more immersive sound experience. This new feature should make it feel like the audio is “fixed” to the real world around you – creating simulated surround sound. 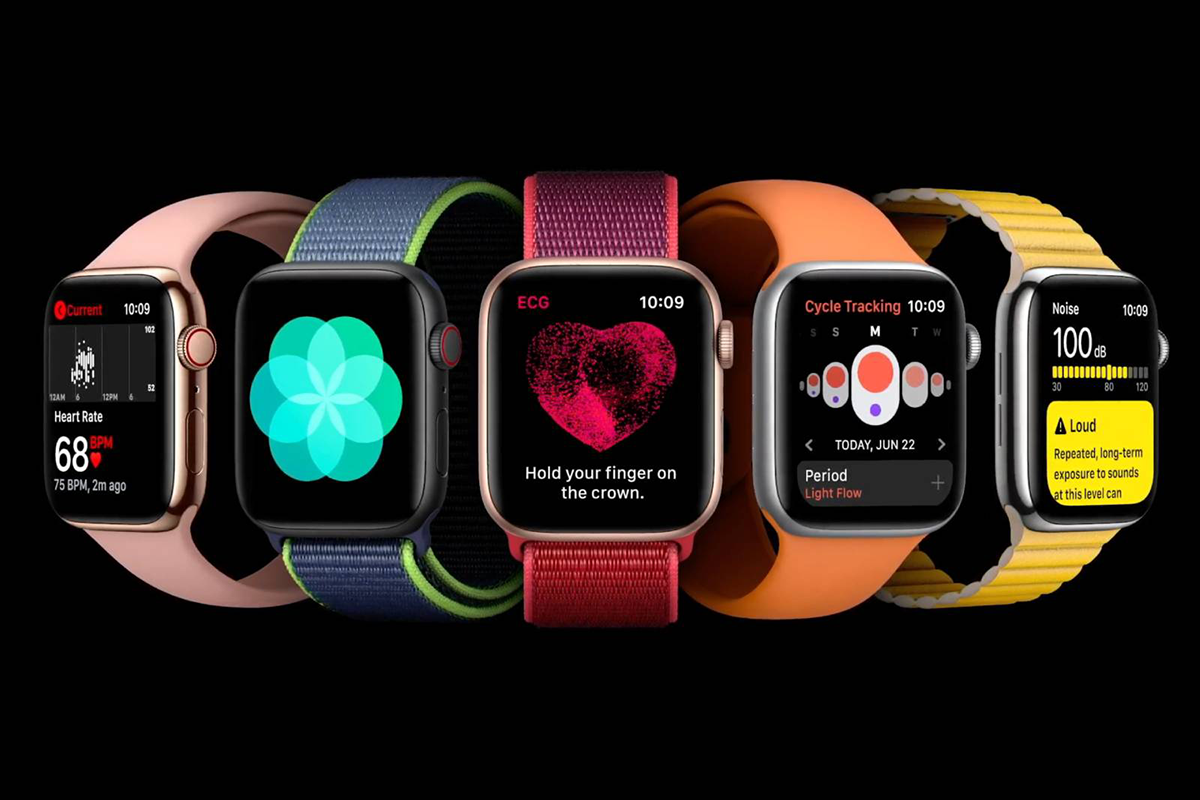 Apple is also adding a few new features to the Apple Watch. With watchOS 7, watch faces are more customisable, powerful, and discoverable than ever before. Each app on watchOS will now offer multiple different watch complications, instead of just one per app. It will also be possible to share your favourite custom faces with Face Sharing. Alongside Face Sharing, sleep tracking is coming with watchOS 7. Apple will utilise machine learning and the sensor in the Apple Watch to track your motion. Additionally, watchOS 7 will be able to track dancing and fitness metrics with four new workouts and create healthier habits with the new handwashing feature. 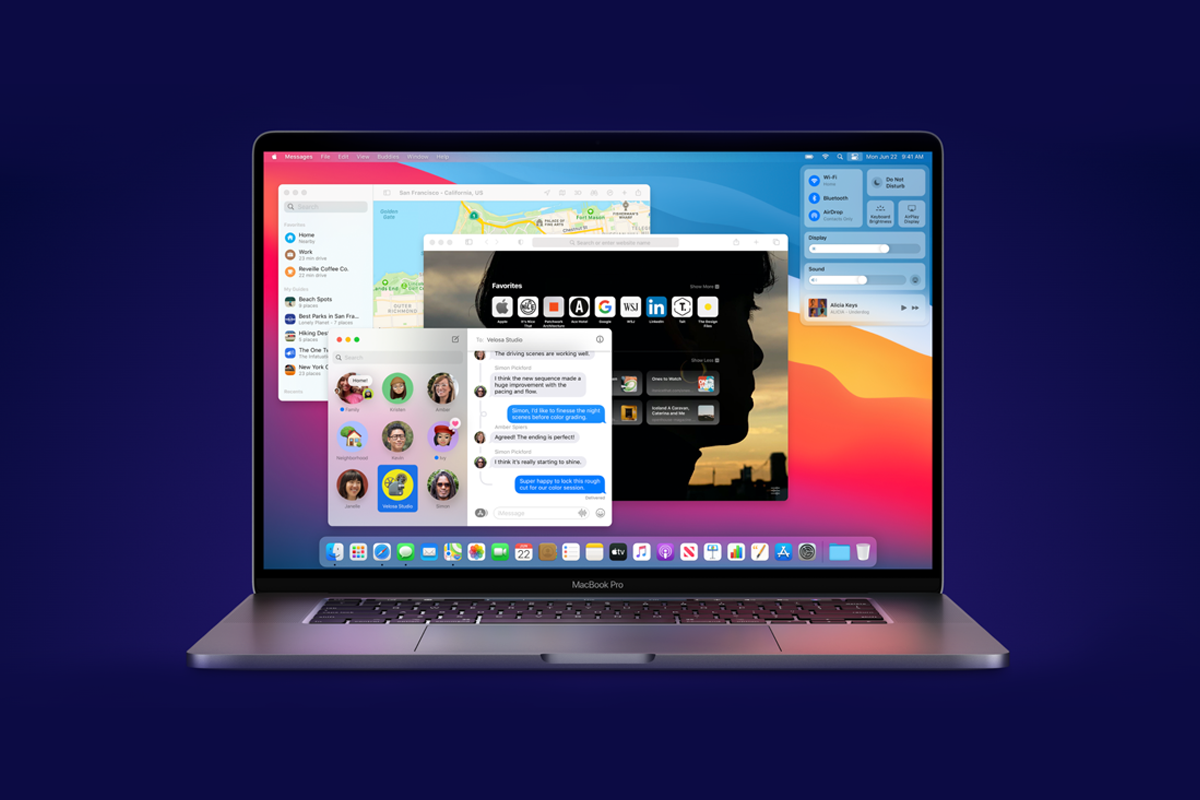 During this year’s WWDC, Apple introduced its next major desktop software update, called macOS Big Sur. The new refined design includes some tweaks which bring it more in line with the design of iOS and iPadOS. The new update will also include a lot of the features coming to iOS 14 and iPadOS 14, including widgets, improvements to messaging and the ability to edit Memojis.

Additionally, for macOS Big Sur, the Notification Centre has been cleaned up, Maps have been redesigned, and Safari can now monitor your saved passwords to look for exposed security breaches. 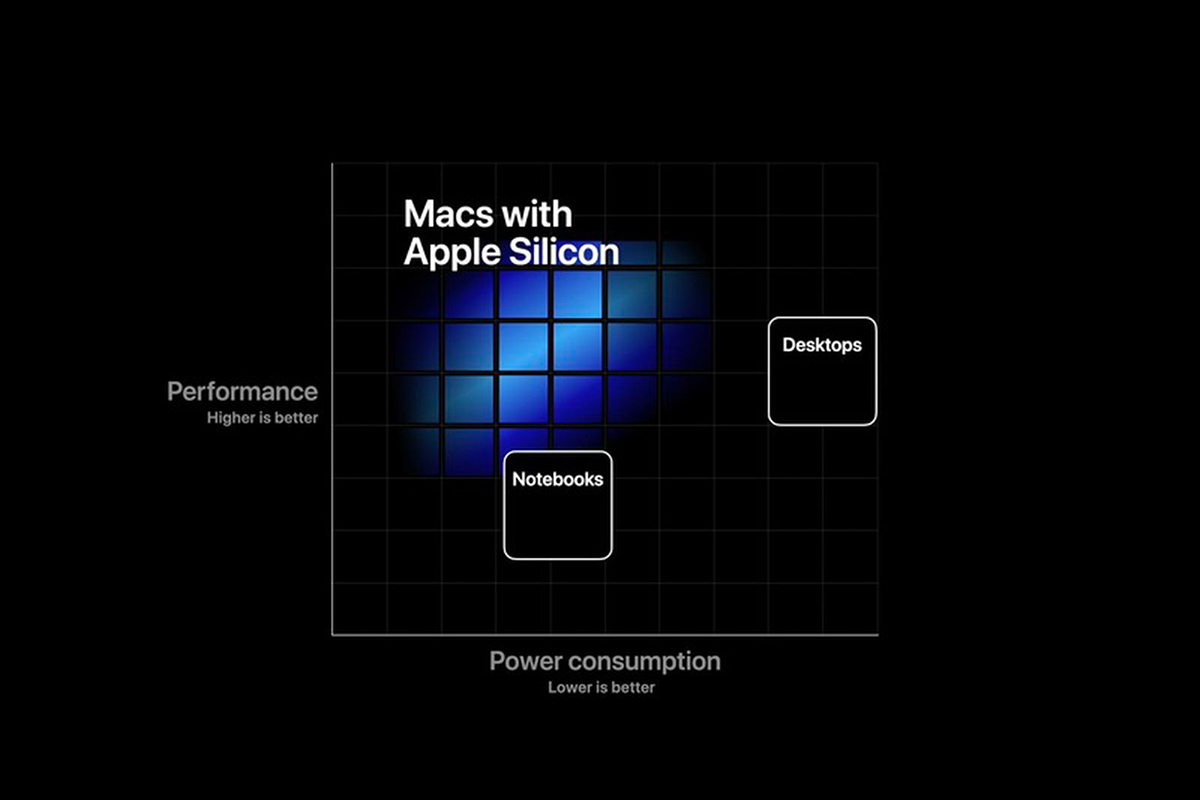 After months of rumours, it’s finally been made official – Apple is shifting from using Intel processors to its own ARM-based chips for its Mac hardware! The company has been using its in-house designs for years across its iPhone, iPad and Watch lineups, and it has now decided to make the same jump to cover its line of computing products. Apple has said this huge change will bring a “whole new level of performance” whilst consuming less power.

This also means that users will be able to run iOS and iPadOS apps directly on the desktop. Developers will need to update their applications to take advantage of the capabilities of Apple silicon in the Mac. Apple has said this shift will help to establish a common structure across all Apple products, making it easier for developers to optimise their apps for the entire Apple ecosystem.

Check out The Verge’s video showcasing everything that was announced in the Apple WWDC 2020 keynote:

Head to our website now to view our full range of mobile accessories to complement your Apple devices.