Although Apple didn’t announce any new iPhones at its ‘Time Flies’ event this September, the company did introduce plenty of new devices including a new, more affordable Apple Watch and a completely redesigned iPad Air. Alongside these announcements, the company also outlined its new Apple One subscription bundles and Fitness Plus service.

If you are interested to learn about everything Apple announced during its all-virtual event, keep reading. 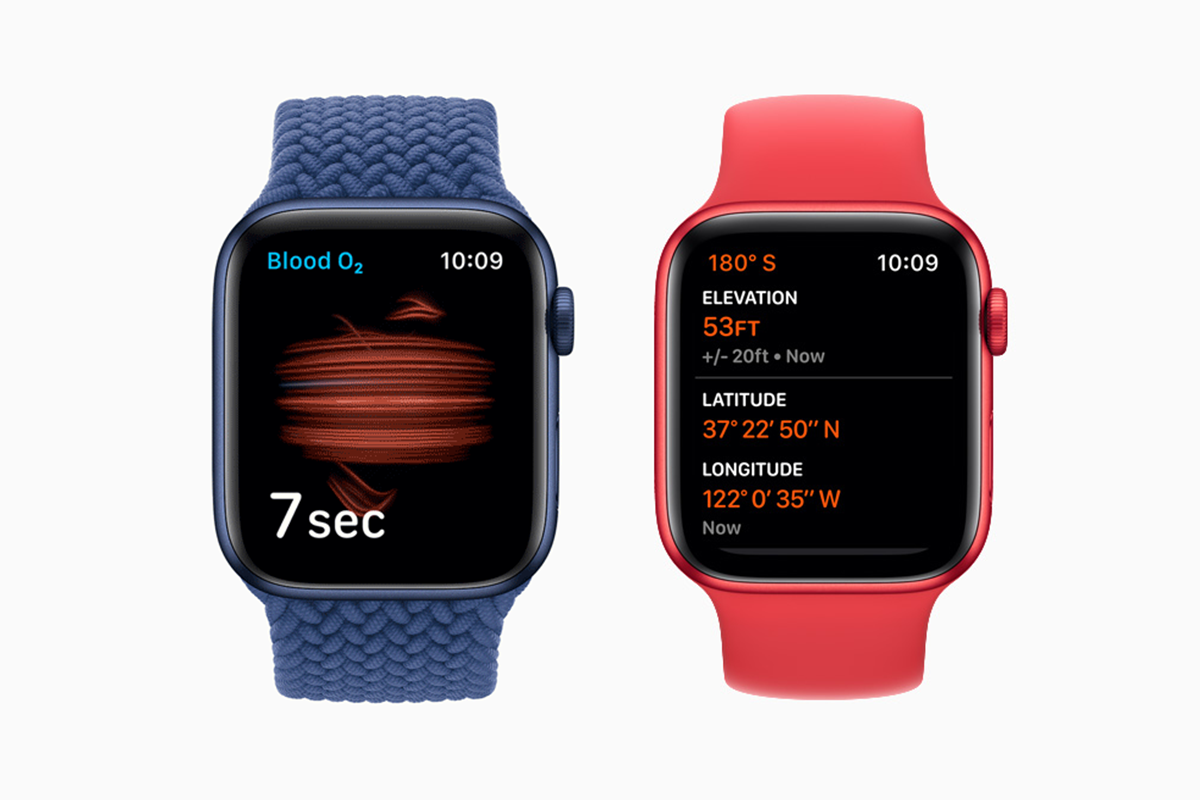 Apple kicked off the event by announcing the Apple Watch Series 6. Building on the fact that Apple’s lineup of watches are a series of health-focused devices, this year’s model encourages users to better manage their health in new ways. The Apple Watch Series 6 features a new sensor which can measure the oxygen saturation of your blood in 15 seconds, so users can better understand their overall fitness and wellness. Measurements will be taken while you are still and periodically as you sleep.

Other hardware improvements the Series 6 features include a faster S6 chip, next-generation always-on altimeter, and always-on display which is 2.5 times brighter. The latest model will ship with watchOS 7 which brings sleep tracking, Family Setup, automatic handwashing detection, new workout types and the ability to share faces.

The Apple Watch Series 8 will start at £379 with additional options increasing the cost and is available from September 18th. 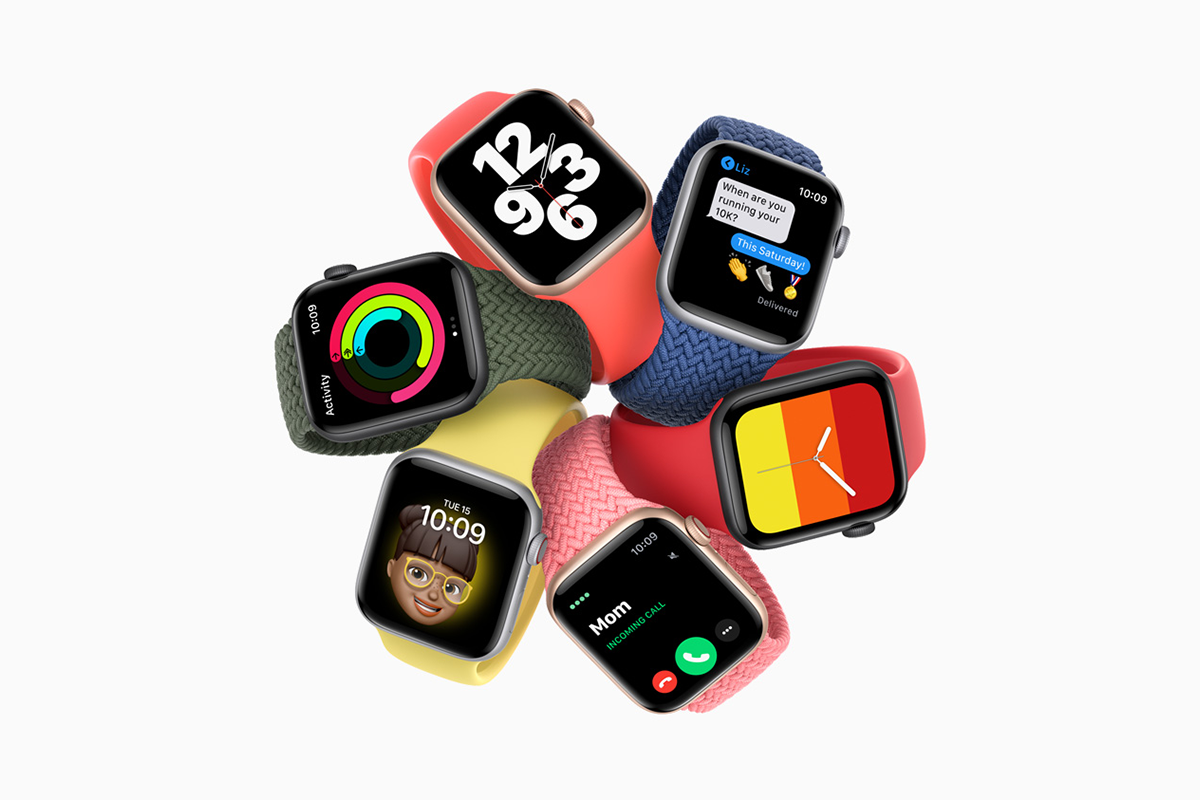 Apple also announced a new, more affordable Apple Watch known as the Apple Watch SE. The Apple Watch SE packs many of the same features as the Series 6, including a built-in accelerometer, an always-on altimeter, fall detection, alongside heart rate and fitness tracking. The Watch SE even features a display that’s the same size as the Series 6 screen. The main notable difference is that it is powered by last year’s S5 chip and will not feature the Series 6’s new sensor for measuring your blood oxygen levels.

The Apple Watch SE starts at £269 for the GPS model and will be available from September 18th. 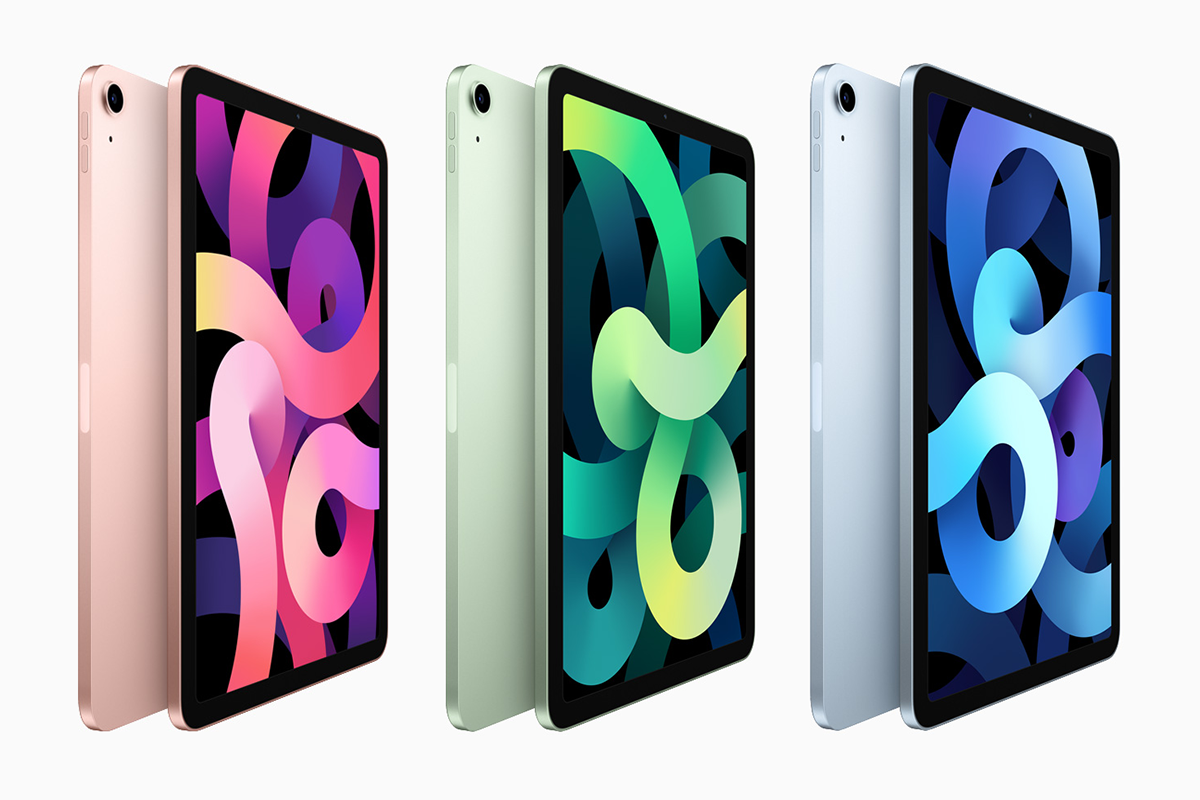 Apple introduced a completely redesigned and more powerful all-new iPad Air. Available in five different finishes, the iPad Air features an all-screen design with a larger 10.9-inch Liquid Retina display, camera and audio upgrades, and a new integrated Touch ID sensor in the top button. The upgraded iPad Air has also had a massive boost in performance by featuring a new Apple-designed chip: the A14 Bionic.

As for cameras, it includes the same 12MP camera used on the iPad Pro for higher resolution photos and 4K video capture, whilst also housing a 7MP front-facing FaceTime HD camera. The new iPad Air also features a USB-C port for up to 5Gbps data transfer, which is 10 times faster, for connecting to hard drives, cameras, and external monitors.

The company plans to release the new iPad Air next month with a starting price of £579. 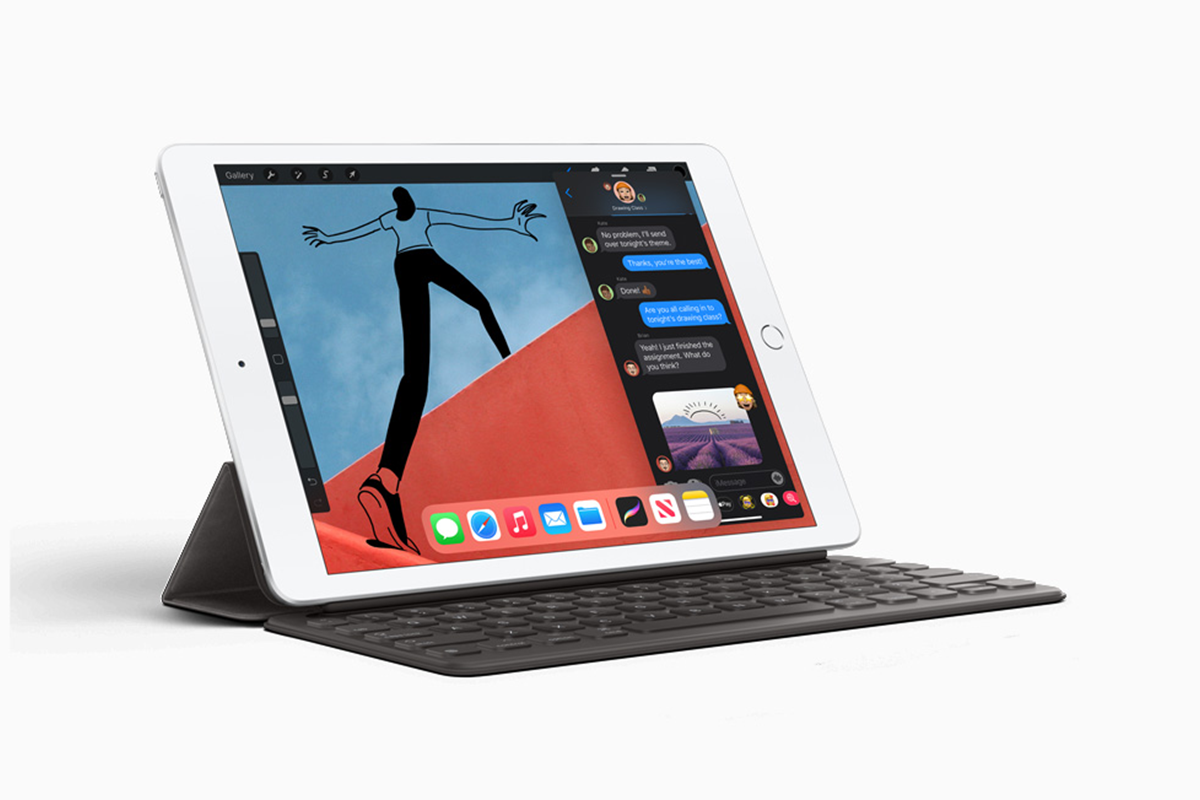 During Apple’s event, the company announced a new eighth-generation iPad. Other than a few internal upgrades, the new iPad hasn’t had a huge jump in terms of features and isn’t much different than its predecessors. However, a major difference is that the tablet now sports the company’s A12 Bionic chip, that will increase CPU speeds by 40 percent and graphics that are twice as fast as last year’s model.

The new iPad will be available on Friday, September 18th, with a starting price of £329 and comes in 32GB and 128GB configurations. It will ship with iPadOS 14.

Apple One makes using Apple subscription services easier than ever 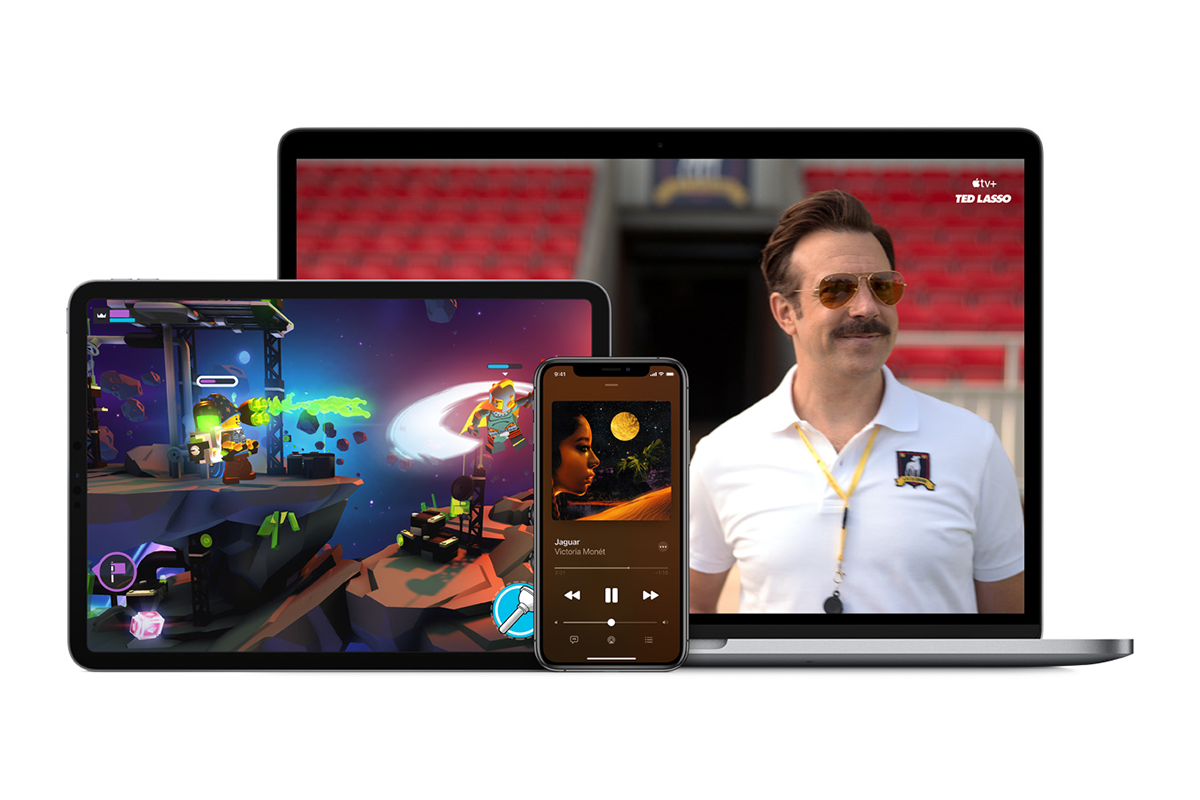 For big-time Apple fans who know too well how quickly subscriptions can add up, Apple One will offer an easy way to get all your favourite Apple services at a relatively low price. 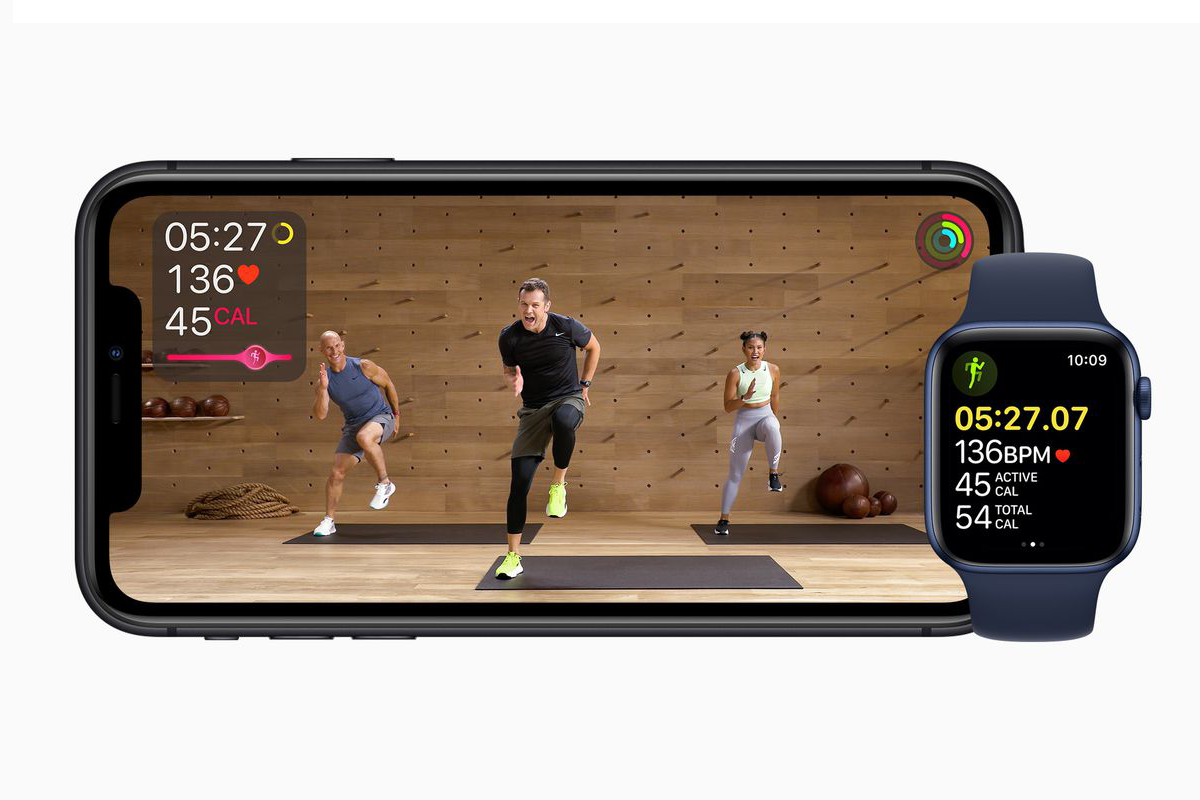 The company also announced that it is launching a new subscription service for virtual fitness classes known as Fitness Plus. Powered by Apple Watch, Fitness Plus will integrate with iPhones, iPads, and the Apple TV to offer 10 different workout types, including yoga, cycling, dance, strength and core. Each workout will be led by expert trainers, with Apple stating that new workouts will be added every week.

While you’re working out, Apple says you will be able to see metrics such as your heart rate or calories burned on-screen. The tech giant has confirmed the new fitness service will provide instructional videos for beginners, personalised class recommendations and a summary of your data at the end of each workout. It also integrates with Apple Music so you can listen to your favourite tunes to keep you motivated.

The new premium subscription service will launch before the end of the year and will set you back £9.99 per month or £79.99 for an annual subscription. Fitness Plus will also be available through one of the subscriptions bundles with Apple One.

Earlier this year, Apple unveiled a series of major software updates during its annual Worldwide Developers Conference. Even though Apple didn’t announce any new updates in regards to those platforms, they did announce that they will be releasing a number of these software updates on September 16th, including iOS 14, iOadOS 14, watchOS7, and tvOS 14. All the new products announced during the company’s ‘Time Flies’ event will be shipped with the new software on board.

Head to our website now to view the best tech accessories for all your Apple devices.