Each year, Samsung brings together hundreds of reporters, industry experts, and attendees to announce the company’s latest innovative devices at their Galaxy Unpacked Event. The event, which took place in San Francisco on February 11th, showcased a series of new devices which included the all-new Samsung Galaxy S20 Ultra, Galaxy Z Flip and Galaxy Buds+. Samsung claims the devices are designed for a new era of mobile innovation.

If you weren’t a lucky attendee or didn’t follow what was happening via Samsung’s live stream, no need to worry as you’ve come to the right place. Here’s a roundup of everything announced at Galaxy Unpacked 2020! 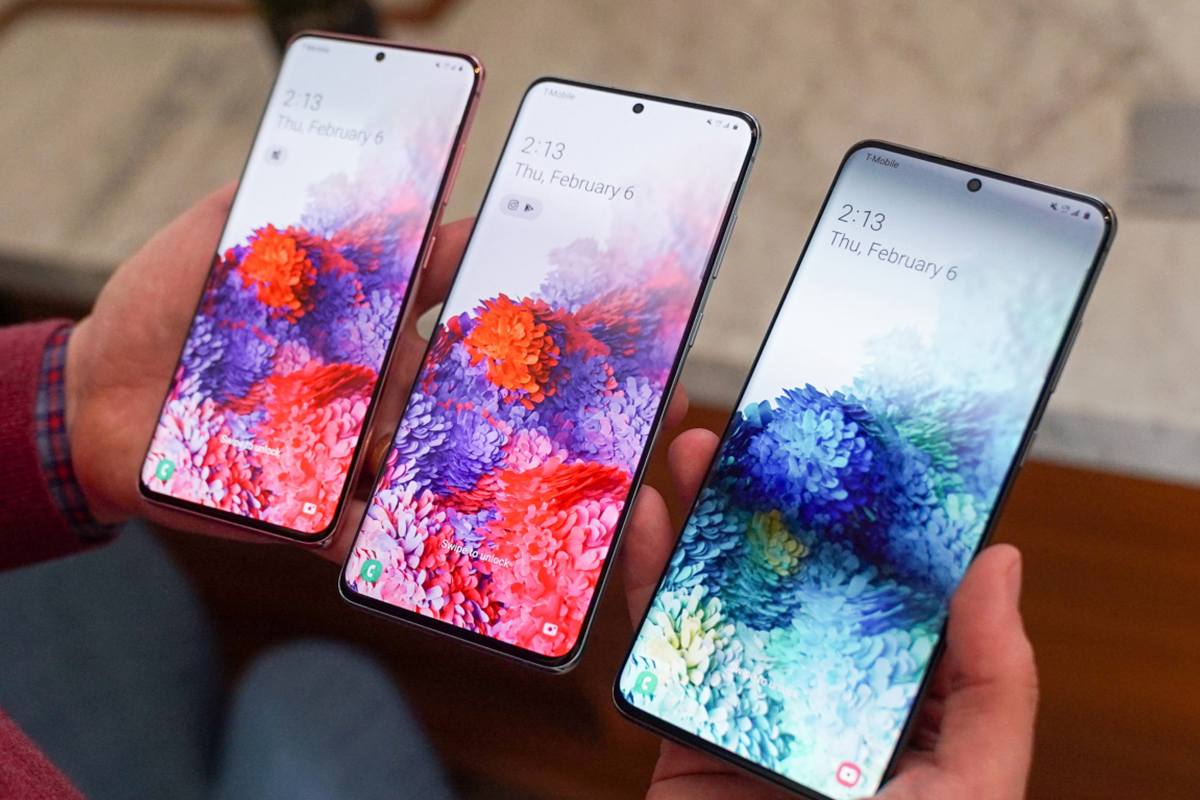 Samsung has unveiled its latest flagship premium smartphone, which comes in three variants: the Samsung Galaxy S20, Samsung Galaxy S20+ and Samsung Galaxy S20 Ultra. Each model comes with different display sizes, the 6.2-inch S20, 6.7-inch S20+ and 6.9-inch Galaxy S20 Ultra. Although the screen sizes are different, all three variants support 5G, feature the Snapdragon 856 processor and are dust and water-resistant at IP68. While the new phones all feature a large 12GB of RAM and 128GB of storage, the S20+ and S20 Ultra are available in a 512GB variant. Alongside these internal storage capacities, all three phones support expandable memory and can hold a microSD card up to 1TB. So, simply add a 1TB microSD card into the mix and you could have over a whopping 1TB worth of storage for your new device!

The new flagships aren’t just powerful in performance either, as the main attraction exists in the camera, with Samsung upgrading each phone with new camera hardware to improve low-light photos, sharpness and zoom. Each S20 model shares regular, ultra-wide, and zoom lenses, with the S20 and S20+ featuring a 10MP front camera, 12MP Ultra Wide lens, 12MP Wide-angle lens, and a 64MP Telephoto lens, while the S20+ adds an extra DepthVision lens to support Live Focus portrait shots and 3D scanning.

In particular, the S20 Ultra seems to have received the biggest upgrade in regards to a camera refresh. Its quad-camera system features a 48MP Telephoto camera, 108MP Wide-angel camera, and a 12MP Ultra-Wide camera which can reach 4x optical zoom, 10x lossless hybrid zoom, and up to 100x digital Space Zoom. The brand has also used much larger camera sensors on the S20 lineup, ranging from 64 megapixels to a huge 108 megapixels. 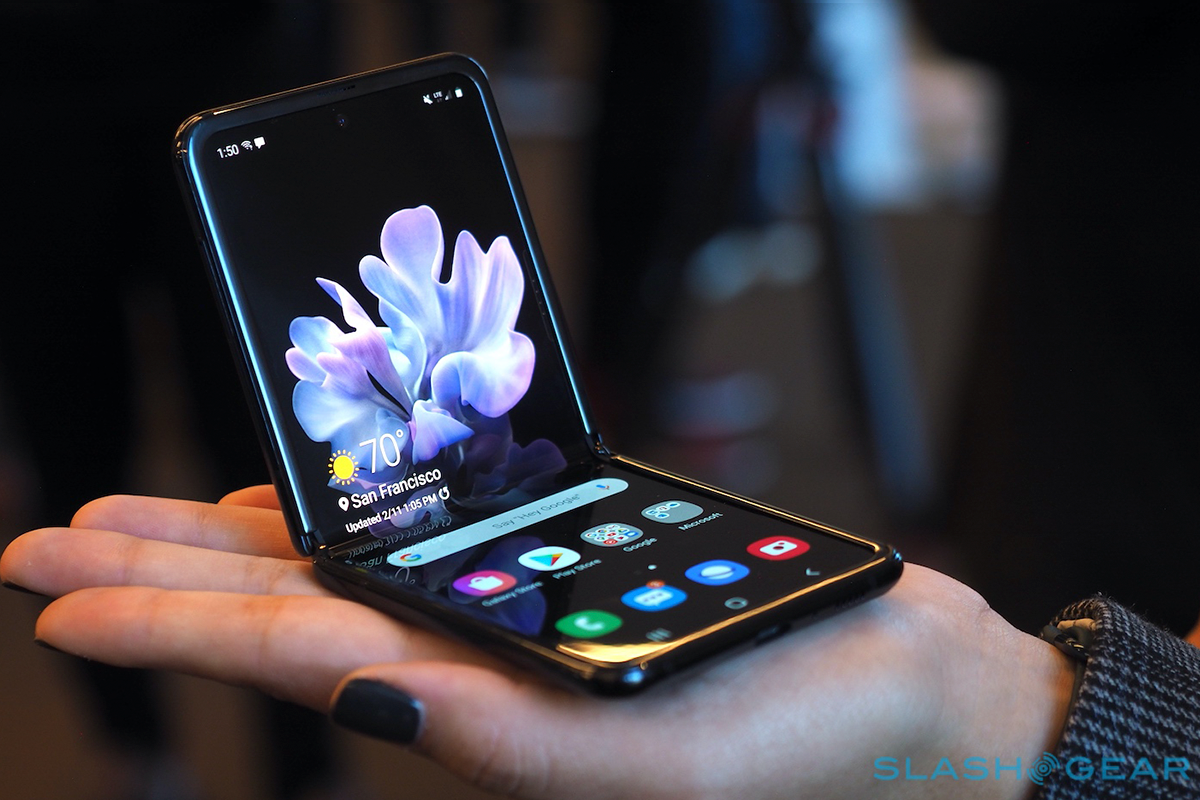 Perhaps the most anticipated announcement during its Unpacked event, was that Samsung officially revealed it’s a second foldable phone, the Galaxy Z Flip. Following on from last year’s Galaxy Fold, the new Z Flip folds on a horizontal axis and features a 6.7-inch screen, as well as a smaller secondary display on the exterior for viewing notifications or to answer phone calls. The Galaxy Z Flip houses a Qualcomm Snapdragon 855+ processor, alongside 6GB of RAM and 256GB of internal storage, but unfortunately doesn’t support expandable storage with no microSD card slot present.

In terms of camera hardware, the Galaxy Z Flip features a 10MP Selfie camera, whilst featuring a dual-camera arrangement on the rear – inclusive of a 12MP Ultra-Wide camera and a 12MP Wide-angle camera. The Z Flip uses a folding ‘Infinity Flex Display’ made from ultra-thin glass and a hinge that enables the phone to stand up on its own. Samsung has claimed that the phone can be folded and unfolded over 200,000 times. The foldable device uses a 64-bit octa-core processor and has two batteries which combine to give you 3,300mAh of capacity.

First teased in a surprise ad during the Oscars ceremony, the Galaxy Z Flip folds in half into a smaller, more compact device, unlike the Galaxy Fold, which folded out to become a larger tablet-sized display. The Galaxy Z Flip is different from others we’ve seen on the market and proves that foldable phones may deserve a place in regards to the future of smartphones after all. Plus, the device is small enough to fit in your pocket!

The Z Flip will be available in Mirror Purple and Mirror Black and will set you back a whopping £1,299.99. The foldable phone is already available to buy in both the US and UK. 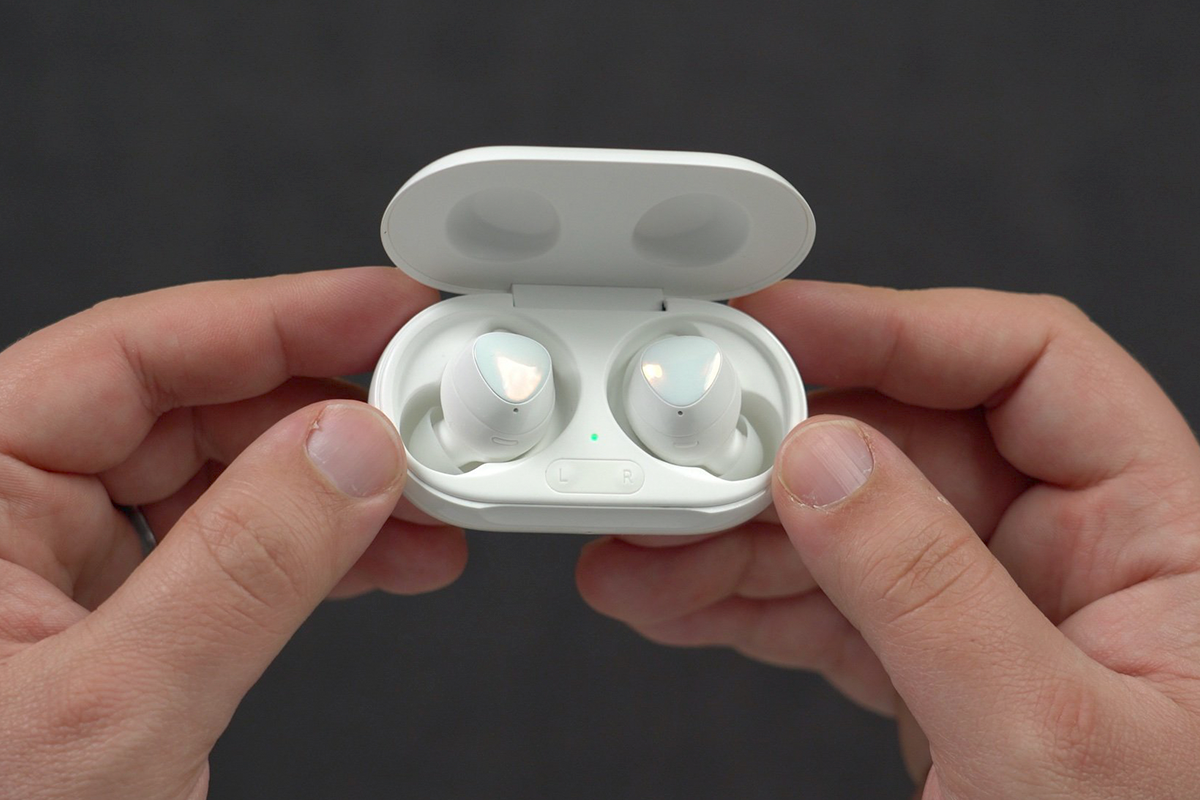 Samsung didn’t just stop there. Here to take on Apple’s AirPods, Samsung announced it’s second-generation wireless earbuds, known as the Galaxy Buds+. The new wireless earbuds offer a similar design to its predecessor but feature several new improvements in regards to what you will hear in your ears. The Galaxy Buds+ feature 2-way speakers delivering sound by AKG with rich treble and bass, and an adaptive 3-mic system for crystal clear calls.

Samsung states that the battery life will last up to 11 hours on a full charge, with the 270mAh wireless charging case adding another 11 hours on top. Have you got a compatible Galaxy phone? Hold your charging case against the phone for three minutes and it’ll provide a full hour of play, down to the ‘PowerShare’ feature, claims Samsung. The Galaxy Buds+ are available now in three colourways of black, white, and blue, and cost a total of £159.

Looking for gadgets to compliment your new devices? Head to our website now to view our full range of mobile accessories.