The means through which humanity left some kind of legacy to future generations have evolved over time. We used to carve and paint images into stone tablets and cave walls, and now we store and share thousands of files on a micro SD card or USB flash drive. Still, we learned from history that there are many unpredictable events (or intentionally caused) that could lead to a loss of those records. Either that happens or they will come to a natural expiration date. So how can we ensure that future generations (or alien civilisations) will certainly have access to meaningful knowledge from our time? As it turned out, we’ll stop worrying about this question sooner than expected.

Scientists at the University of Southampton’s Optoelectronics Research Centre developed a new kind of data storing technology that is capable of surviving for billions of years. The breakthrough has its roots in 2013 when the researchers started to experiment with the 5-dimensional data storage. Back then they successfully recorded a 300KB text file into a specialised quartz glass, a small “chip” that had been manipulated by an ultrafast laser. The technology allows the file to be comprised of three layers of nanoscale dots. The dots’ size and orientations, as well as their position within the three standard dimensions, constitute its five dimensions. These dots change the polarisation of light travelling through the disc which is read using a microscope and polariser.

Using this technique, scientists made possible to store up to 360TB of data on the same structure. But perhaps the most intriguing part is that this technology will have a thermal stability up to 1,000°C and virtually unlimited lifetime at room temperature (13.8 billion years at 190°C ). 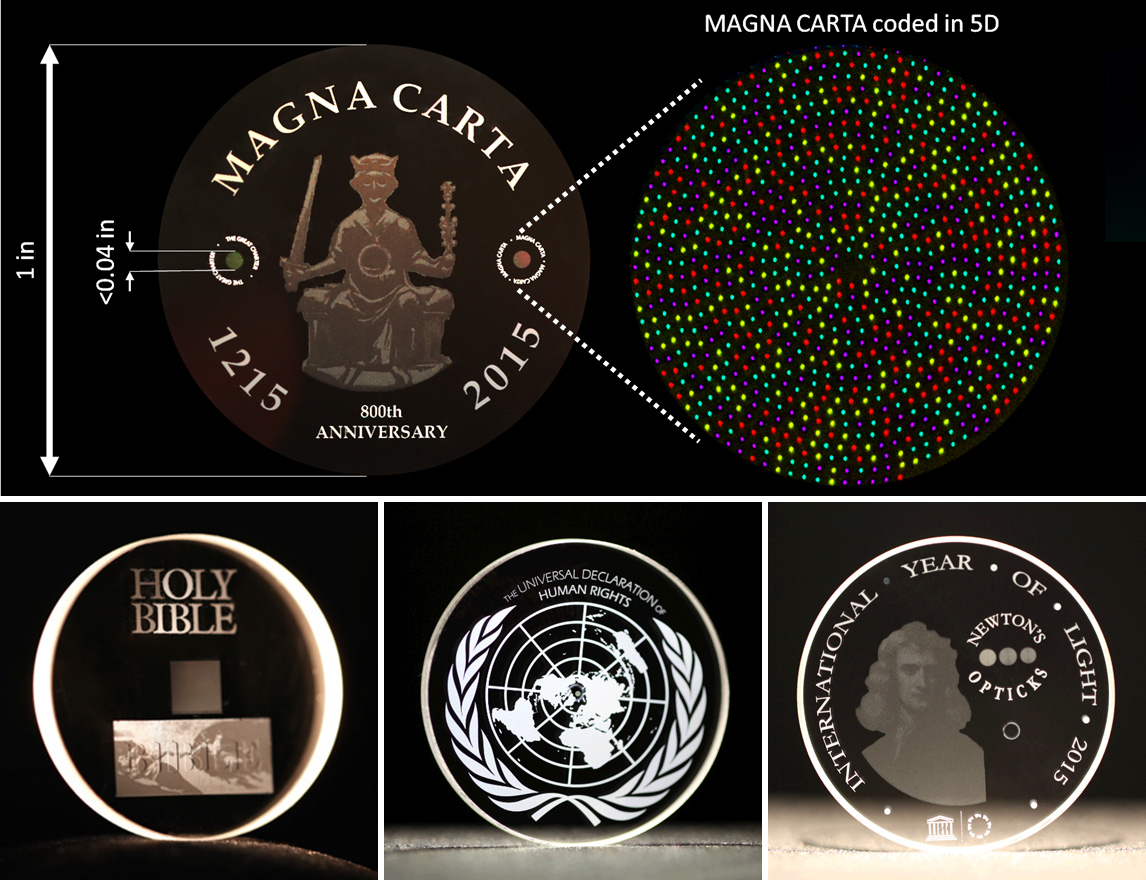 Now, major documents from human history such as Universal Declaration of Human Rights (UDHR), Newton’s Opticks, Magna Carta and Kings James Bible, have been saved as digital copies that could survive the human race. Assuming one e-book is 2MB in size, one single 5D chip would be able to store 180 million of them, which is close to the numbers of books ever written. Imagine holding in your hand the entire history of our civilisation…

“It is thrilling to think that we have created the technology to preserve documents and information and store it in space for future generations. This technology can secure the last evidence of our civilisation: all we have learnt will not be forgotten,” said Peter Kazansky, Professor at the University of Southampton.

The team are now looking for industry partners to further develop and commercialise this ground-breaking new technology, which will be officially presented at the Optical Engineering Conference in San Francisco this week.

8 Reasons Why Pro Photographers Love What They Do