Another year at CES has been and gone. Around 200,000 attendees – made up of tech-enthusiasts, industry professionals and manufacturers – travelled to Las Vegas, Nevada, to attend the biggest consumer electronics show of the year.

CES is well known for the wackiest and coolest designs, and this year was no different. From helpful household robots to a TV that vertically rotates, we have rounded up a mix of our favourite tech and gadgets at this years CES – check them out below. 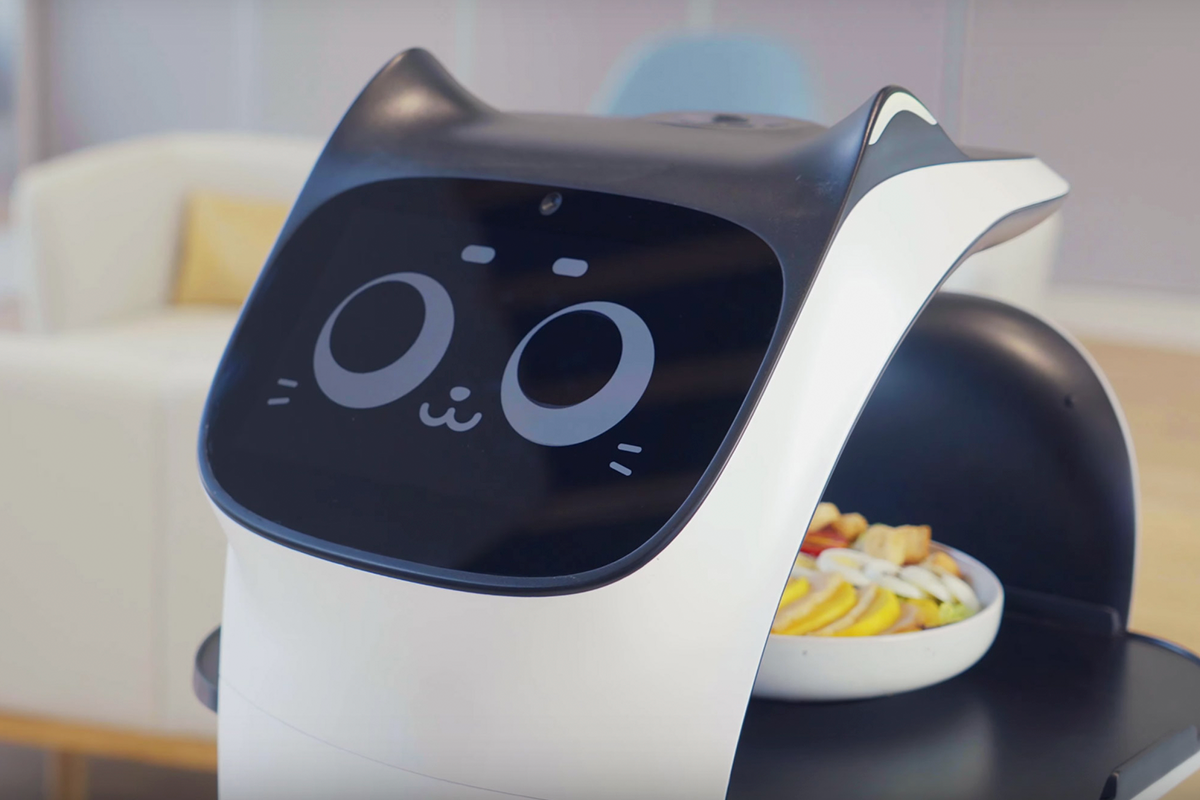 CES 2020 played host to a series of tiny robots, all designed to handle numerous tasks – from helping with household chores to providing companionship. Robots ranged from a cartoon bear on wheels which delivers toilet roll to an intelligent humanoid capable of performing yoga and tai chi poses.

One robot which caught our eye was the BellaBot by PudaTech. This robot was showcased as an autonomous food-delivery robot aimed to help understaffed restaurants. The robotic waiter is able to deliver restaurant orders up to 10kg to customers waiting for their food. The robot’s body is made up of a stack of shelves holding food trays, while a series of cameras and sensors help it to avoid obstacles. BellaBot both looks like and has the personality of a cat, meowing at customers to encourage them to collect their order. Customers can give BellaBot a scratch but if they disturb it for too long, it will get angry at them for distracting it.

Other robots included the Ballie Robot from Samsung – designed to act as a personal assistant for the home, Walked by UBtech – an intelligent humanoid Walker service-robot, and the MarsCat – a robot cat designed to imitate the behaviours of a cat. 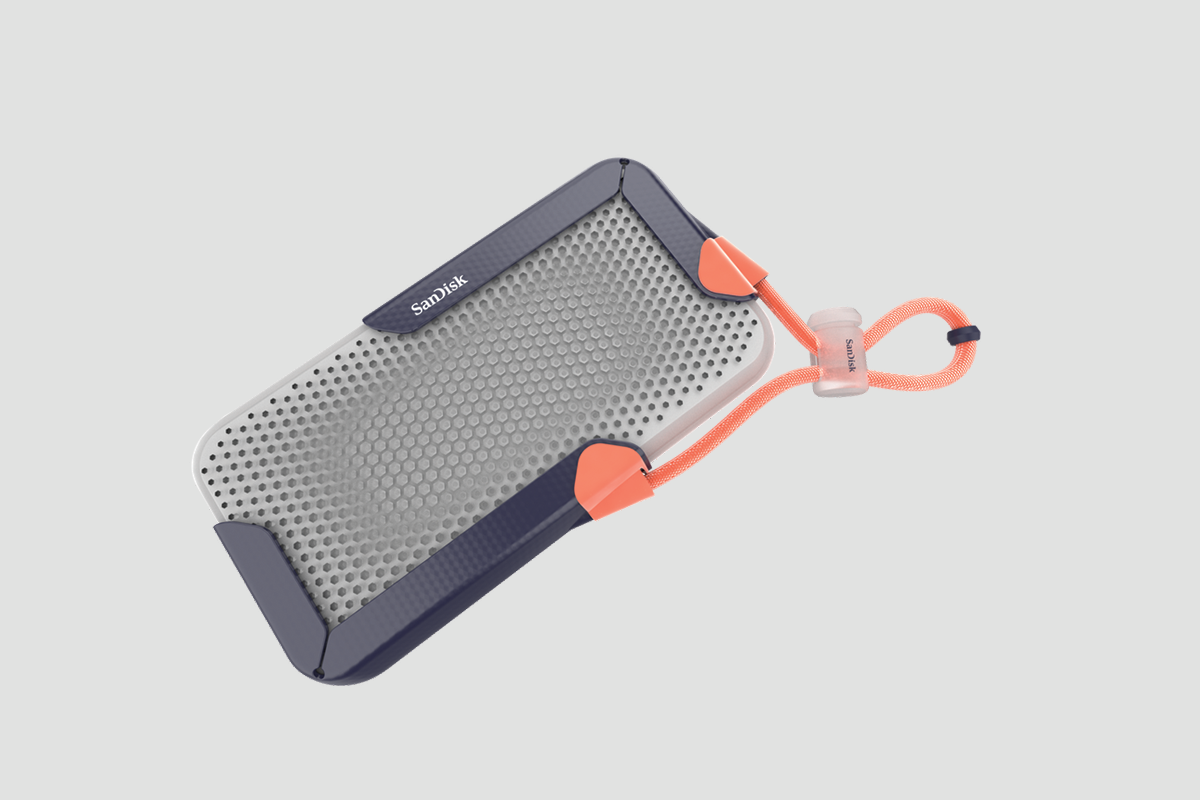 One product which did stand out to us here at MyMemory was SanDisk’s 8TB Portable SDD. The ultra-high capacity solid-state drive is small enough to fit into your pocket, yet can hold a substantial amount of data. Featuring the SuperSpeed USB interface, this SSD promises transfer speeds of up to 20Gbps, making it also notably faster than other portable SSD’s.

However, this product is only a prototype and no further information regarding if and when it will be available to buy was announced by the company. As the 8TB SSD is only a concept, for the time being, it’s unsurprising that there haven’t been any clues on how much this storage device will set you back, but we can imagine it will cost quite a bit. Has SanDisk created every photographer’s dream storage device? 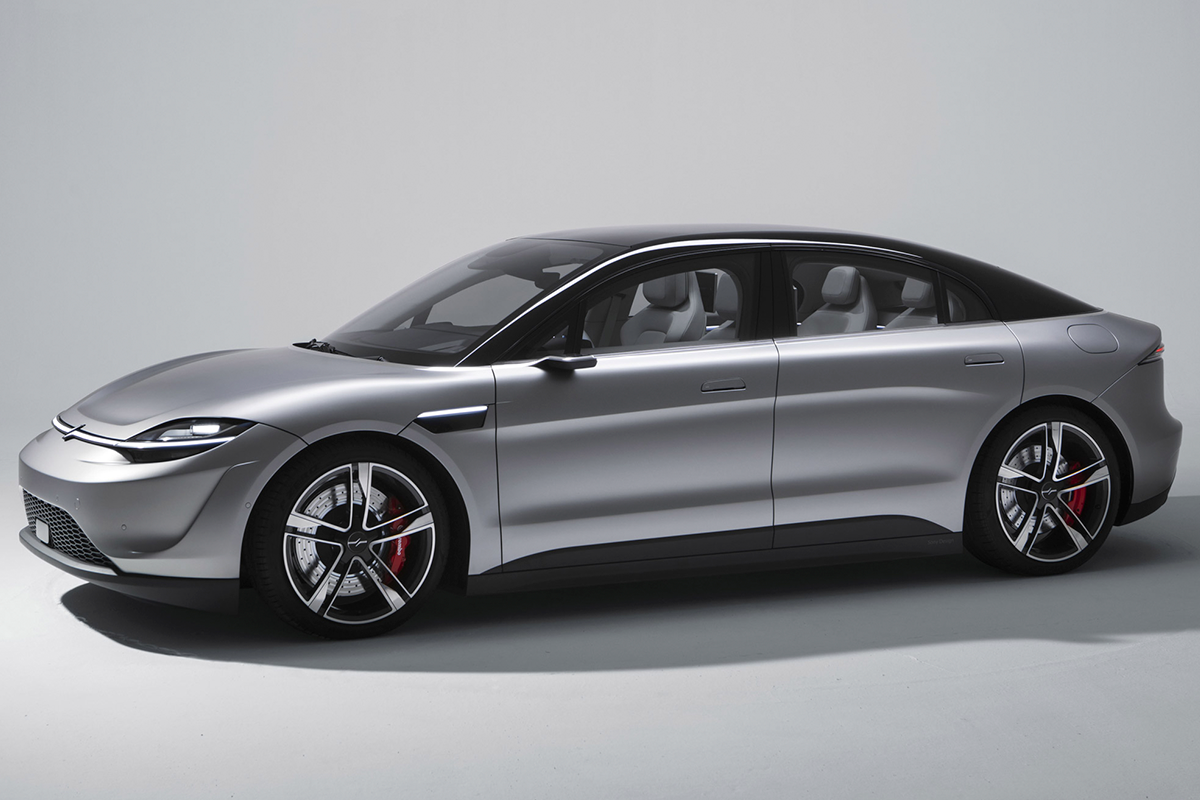 Sony revealed a driverless, electric concept sedan designed to showcase the company’s advanced electronic technologies which intend to contribute to “safer and more reliable autonomous driving”. The Japanese tech giant’s electric car had a total of 33 sensors embedded, used to detect objects and people both inside and outside the four-seater car, and is powered by two 200 kilowatt motors located at the front and rear.

The car, known as Vision-S, houses imaging and sensing technologies, as well as a range of features including self-parking, advanced cruise control and lane change functions. There haven’t been any further details confirming if Sony had plans to put the electric vehicle into production or not. 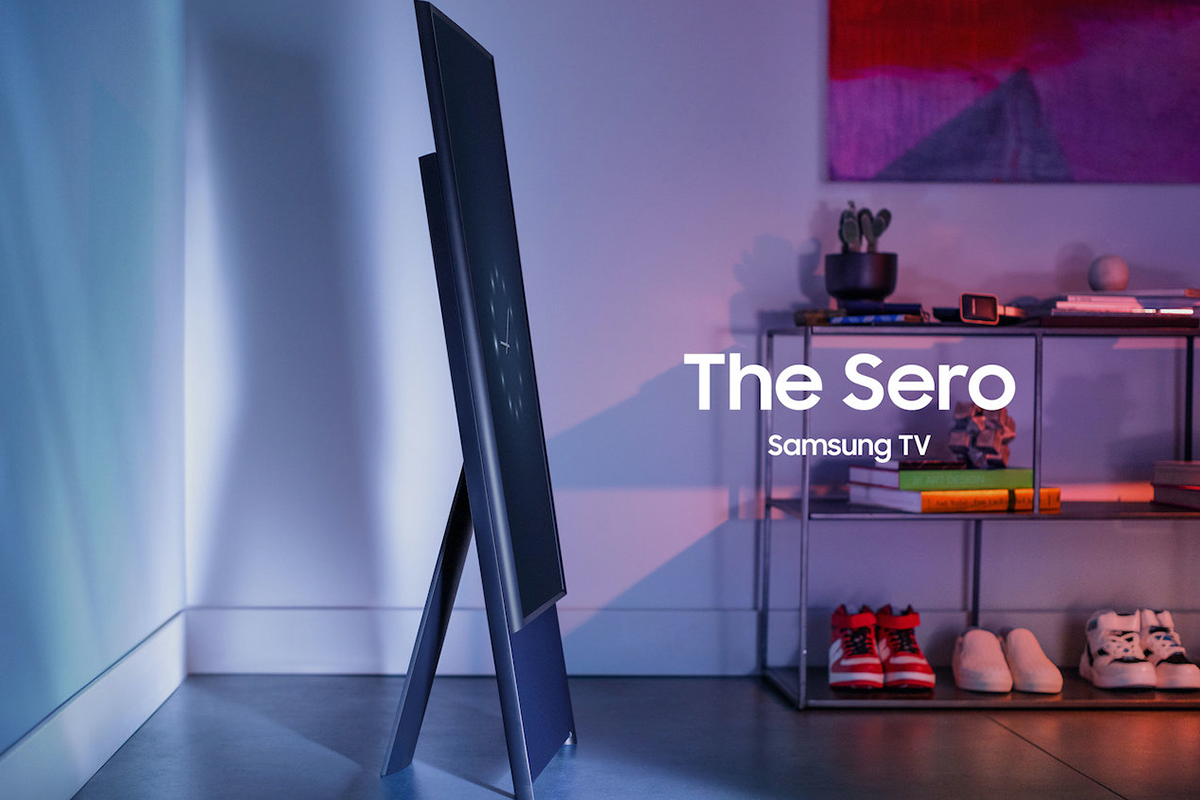 During this years CES, Samsung revealed the Sero TV – a TV which rotates vertically for your TikTok and Instagram videos. The Sero TV is able to automatically sync to your Samsung Galaxy phone to mirror the content you are watching on your mobile device and then matches the landscape or portrait orientation.

The self-rotating 43-inch 4K TV has an integrated stand which includes a 4.1 channel and 60-watt speaker system. All Galaxy phone owners have to do is tap their mobile device against Samsung’s vertical TV for it to begin mirroring your screen. The TV automatically knows when to rotate too. If users are viewing content or websites which are optimized for a horizontal view then it will stay as standard landscape orientation, however, if you are watching something which would be best shown in portrait view then the Sero TV will automatically rotate 90 degrees.

Not to worry iPhone users, you are still able to use the Sero. Although it wouldn’t automatically switch to a vertical viewing mode, so you would need to use the included remote control to manually switch the screen. 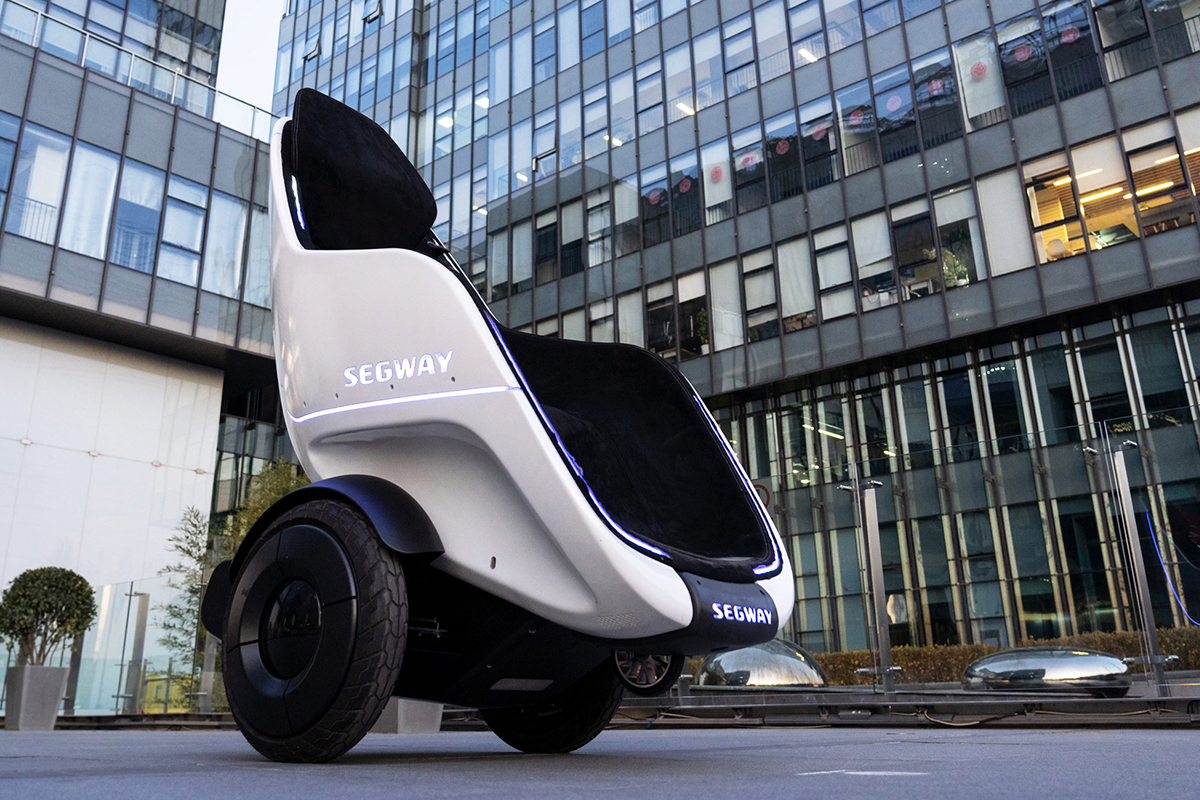 Revealed by Segway at CES 2020 was the S-Pod – a self-balancing electric wheelchair which can reach a maximum speed of 24 miles per hour.

The egg-shaped chair on wheels was described by Segway as a “game-changing personal transporter” aimed for use in enclosed spaces such as airports, malls and theme parks. The S-Pod is a self-balancing chair, which just like its predecessor – the original Segway, uses a centre-of-gravity control system that adjusts the speed based on how much a user is tilting forward. Passengers can adjust the speed by turning a knob on the navigation panel, instead of leaning their body.

Some have compared likeness to the Gyrosphere in Jurassic World or a futuristic design right out of Pixar’s film Wall-E. Luckily, for those of you who are interested, the S-Pod is scheduled for release later on this year. 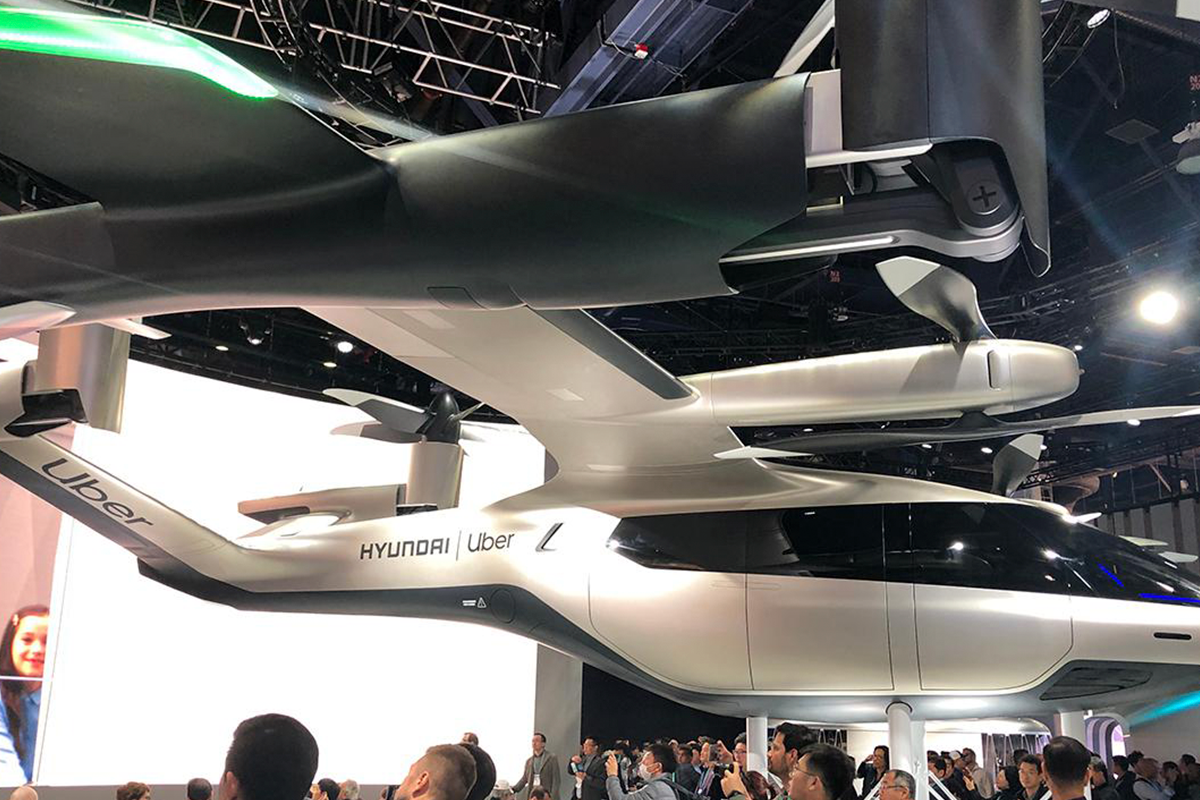 Uber and Hyundai have teamed up to unveil a flying taxi that could, one day, completely transform your ridesharing trips.

During CES, the two companies unveiled an air taxi vehicle concept which is designed for a cruising altitude of around 1,000 to 2,000 feet, cruising speed of 180mph and for trips up to 60 miles. The model showed a four-seat electric vehicle which is expected to recharge in just a mere 5 to 7 minutes.

According to a Hyundai spokesperson, the first prototype will be ready in 2023. Both companies revealed that you will be able to request a ride on the flying taxi through Uber’s app. To begin with, the air taxi will be flown by a human pilot until the two companies finalise software which will control it all autonomously.

Now that you are aware of our favourite tech and gadgets from CES 2020, what’s yours? Did the headless robotic kitten catch your eye or perhaps the 8TB Portable SSD prototype from SanDisk?

Be sure to head to our website now to view our full range of tech gadgets and accessories.