It’s that time of the year again. CES 2018 is here! For those of you that don’t know, CES stands for Consumer Electronics Show and the annual Las Vegas tech show wasted no time showing off all the latest gadgets and goods.

From 8K televisions and connected fridges to laptops and self-driving cars, here we will be rounding up our favourite techs and gadgets unveiled at this years CES.

The Wall by Samsung 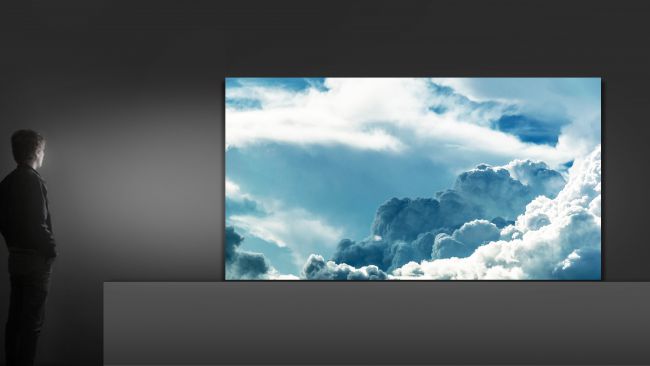 Samsung unveiled a massive 146″ TV early on during CES. It’s a modular TV, which means it can connect to other units to make an even bigger display. It’s also a MicroLED screen, made of pixels that, like OLED, produce their own light. That means individual pixels can be turned on and off, which in turn creates better contrast and ultimately better dynamic range.

If you’ve got a Samsung Gear S3 or Gear Sport, you’ll be able to use the app to control all of Samsung’s connected devices around your home, with views of your thermostat, controlling music, tweaking ambient light and more. This is thanks to the SmartThings management app, coming first to the Gear watch family.

Samsung is all about smarter things, er, we mean, SmartThings. The company’s connected platform is all about helping your devices talk to one another, and that now includes your Family Hub fridge (2017 model shown here). Samsung’s new line of Family Hub iceboxes can now control and monitor smart home devices hooked up to the SmartThings ecosystem, like Ring doorbells. 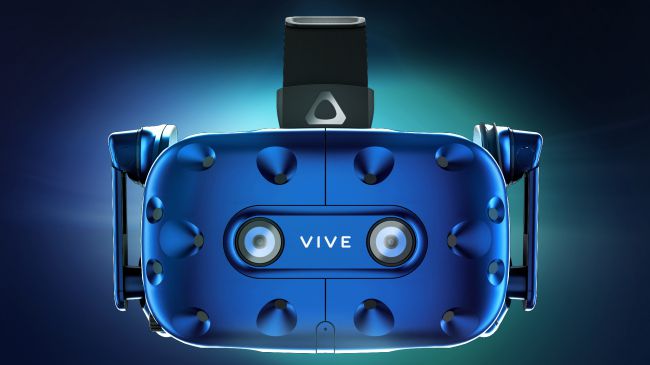 The tease came true: HTC unveiled a new, upgraded VR headset at CES 2018, the HTC Vive Pro. The headset has a higher resolution display at 615 dpi, that’s a 78% resolution increase over the current-gen Vive. It also features better audio performance with built-in headphones. Many unknowns remain, but HTC’s VR future just got a lot brighter.

HTC also announced a Wireless Adapter, a first for the company, that will allow both the original HTC Vive and the new HTC Vive Pro to go wireless. This is a big development for the line, especially as it looks to compete with the Oculus Go wireless headset. 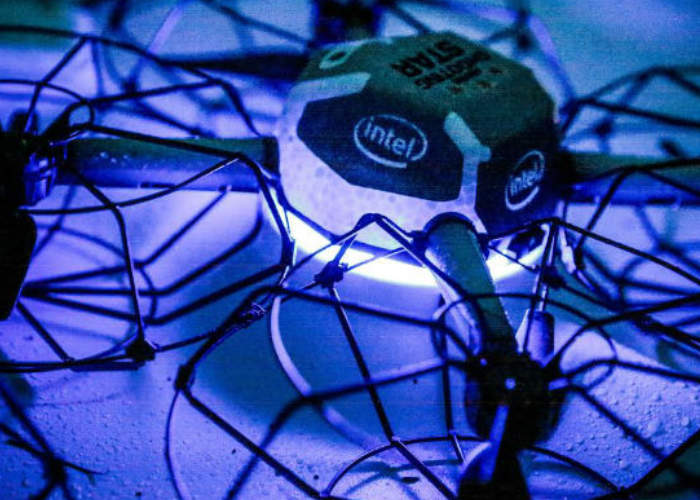 The company introduced a new version of those drones (previously used in last years Super Bowl Half Time Show), called “Shooting Star Mini.” The innovation here? They’re tiny and totally safe to fly indoors, above the heads of the audience. They are interesting because they can locate themselves in space without the need for GPS.

Want to buy one? Sorry, but you can’t. “This is not the type of drone you can buy in the store,” says CEO Brian Krzanich. Even though these little drones seem like they might be the perfect in-house drone toy, that’s not what Intel intends for them. Boo. 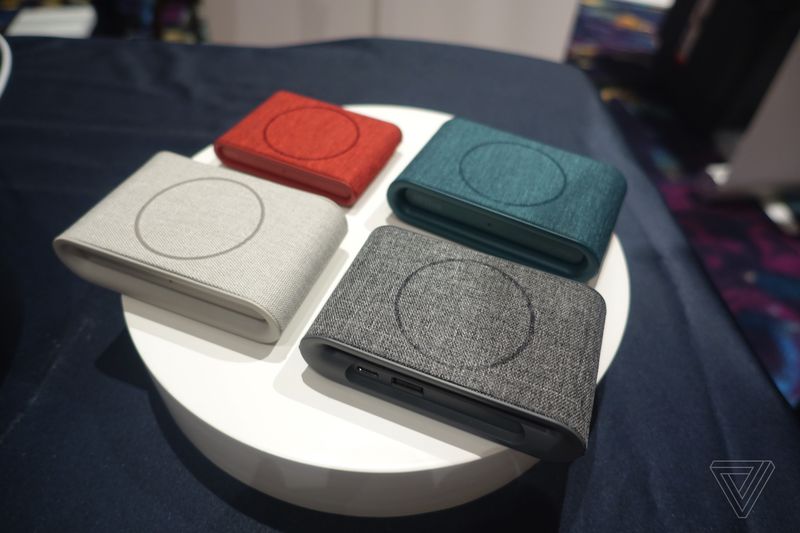 iOttie’s Wireless Fast Charging Pad is a Qi charger that supports up to 10W total output, accepts input via USB-C, and comes in five different colors of soft-touch fabric that looks nice and shouldn’t scratch your phone (there’s also a silicone ring that should keep devices from sliding off). And as an added bonus, there’s also a regular USB Type-A port on the back for charging a second device, like a smartwatch or pair of wireless headphones. 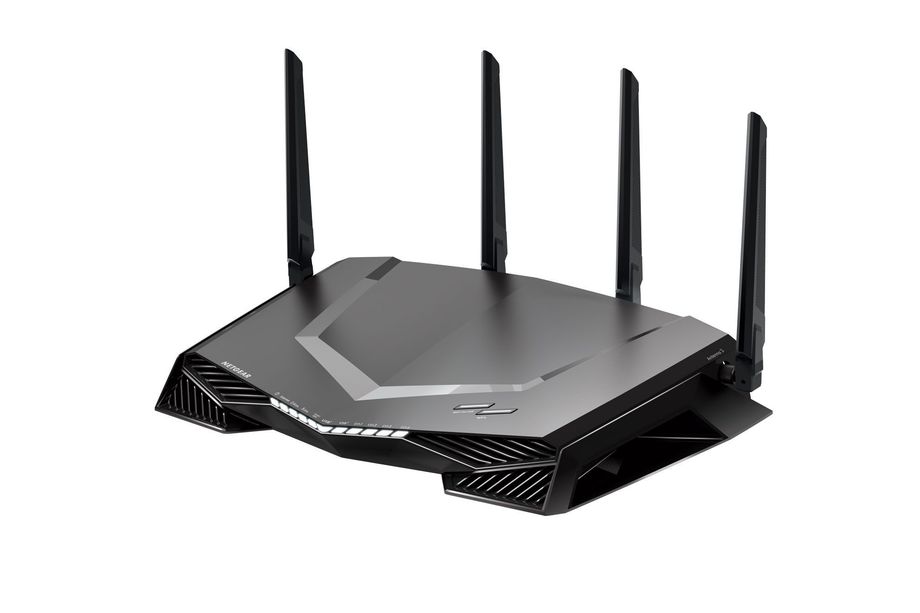 Netgear announced a pair of gaming-focused connectivity products that offer anarray of customisation and prioritisation options designed for connection-dependent online play. While overkill for your average player, both products are high-end safeguards against the perils of multiplayer gaming, including everything from lag and latency woes to distributed denial of service attacks (DDoS) that are now commonplace in competitive titles.

Sony just announced both a 4K Blu-ray player that supports Dolby Vision HDR and an A/V receiver that offers Dolby Atmos audio here at CES 2018. The UBP-X700 Blu-ray player is designed for 4K Blu-ray discs with either HDR10 or Dolby Vision, and it includes built-in apps for Netflix, Amazon Prime Video and YouTube. The STR-DH790 receiver, according to Sony, can pass through both HDR formats without any loss in the signal.

This projector is meant to sit 9.6 inches from the wall onto which you’ll be projecting a 4K image that can stretch up to 120 inches. The laser projector reaches a peak brightness of 2500 lumens.

But the picture side of things isn’t the only story here. Sony’s expensive projector also features a Glass Sound Speaker that generates 360-degree audio. It contains two organic glass tweeters installed on the front legs, three midrange speakers, and a separate subwoofer. The center speaker is designed to bounce off the wall the projector is facing as a method of enhancing audio performance. 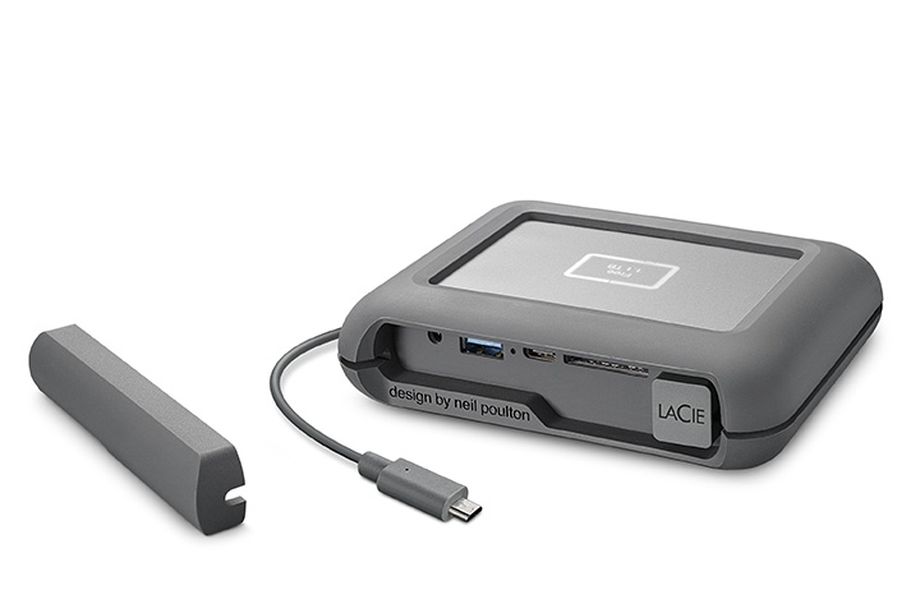 At CES 2018, the company announced a follow up to that product called the LaCie DJI Copilot. Like its predecessor, the DJI Fly Drive, the Copilot also offers 2TB of storage. The company says that should amount to around 65 hours of 4K, 30fps video footage and around 20,000 RAW photos.

What’s new about the Copilot is that it now allows you to manage the files straight from the drive itself. There’s a built in screen that you can use to copy or transfer files to an SD card, and a paired Copilot BOSS app lets you watch video playbacks in full resolution without plugging into a computer. It’s not a touchscreen, but it does give the portable hard drive a more rugged durability. 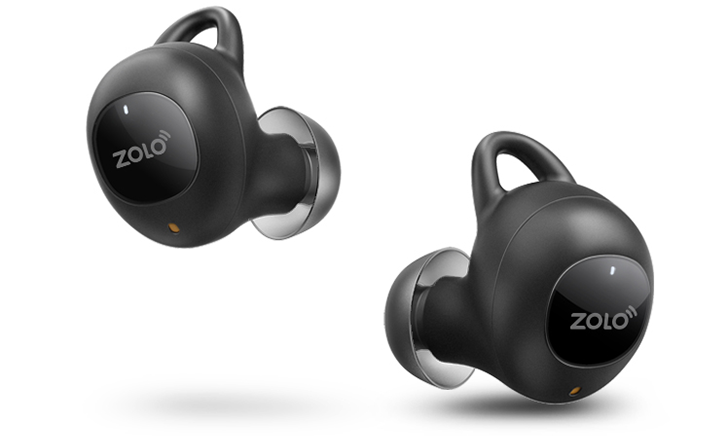 Anker is exiting the last stage of its crowdfunding campaign for its Zolo line of wireless earbuds with a final consumer retail release of the Liberty+ headphones, which go on sale later this month for £139.99. The news, announced today at CES, means that consumers who’ve been holding off on buying Anker’s standard Liberty wireless earbuds, which have been available for some time for £69.99, can pay the extra premium for the more advanced version.

The notable difference between the Liberty+ and the standard Liberty buds is the addition of Bluetooth 5, the relatively new wireless data transfer standard that is twice as fast as the ubiquitous Bluetooth 4.2. The Zolo Liberty+ also comes with a case offering twice the battery life, with up to 48 hours of music playback and talk time compared with the standard Zolo’s 24 hours. Both units have the same internal battery life of 3.5 hours, and fast charging that Anker says grants you one hour of playback per 15 minutes of charging. 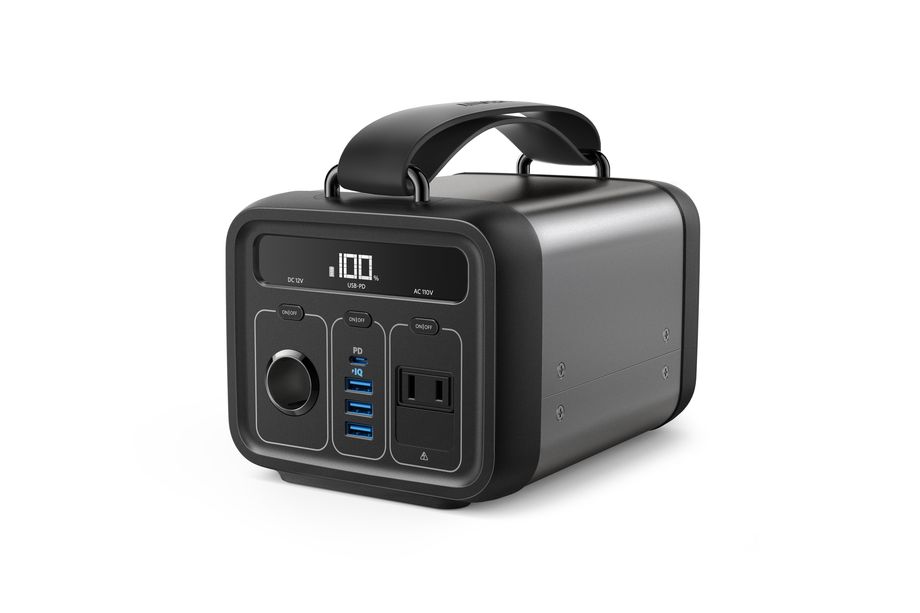 The gadget is pretty much the aesthetic equivalent of a car battery, but with an obviously sleeker interface designed to handle all manner of electronic gadget charging and household appliance power delivery. Anker markets the product as both an excessive charging solution for the gadget-obsessed camper — someone who can’t go even one day without a power outlet replacement — and a backup solution for outages and other emergencies.

The new PowerHouse 200, as you might suspect, has a 200Wh capacity, and it weighs under seven pounds, compared with the standard PowerHouse’s 9.3-pound weight. The newer version retains a comparable 100-watt AC output for powering most modern appliances. 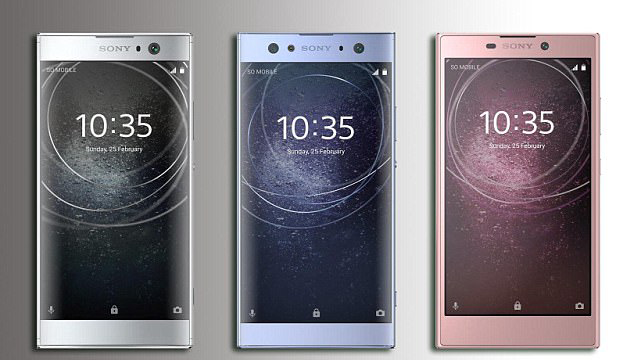 The company says this will produce clear shots regardless of lighting or environment and will help fit more friends and surroundings into your selfies. It also has a large six inch Full HD display so you can view your shots in greater detail.

The Xperia XA2 and Xperia XA2 Ultra will launch on Android 8.0 Oreo, shipping from February 2018 & The Xperia L2 will run on Android 7.1.1 Nougat and will begin arriving with customers from late January 2018. 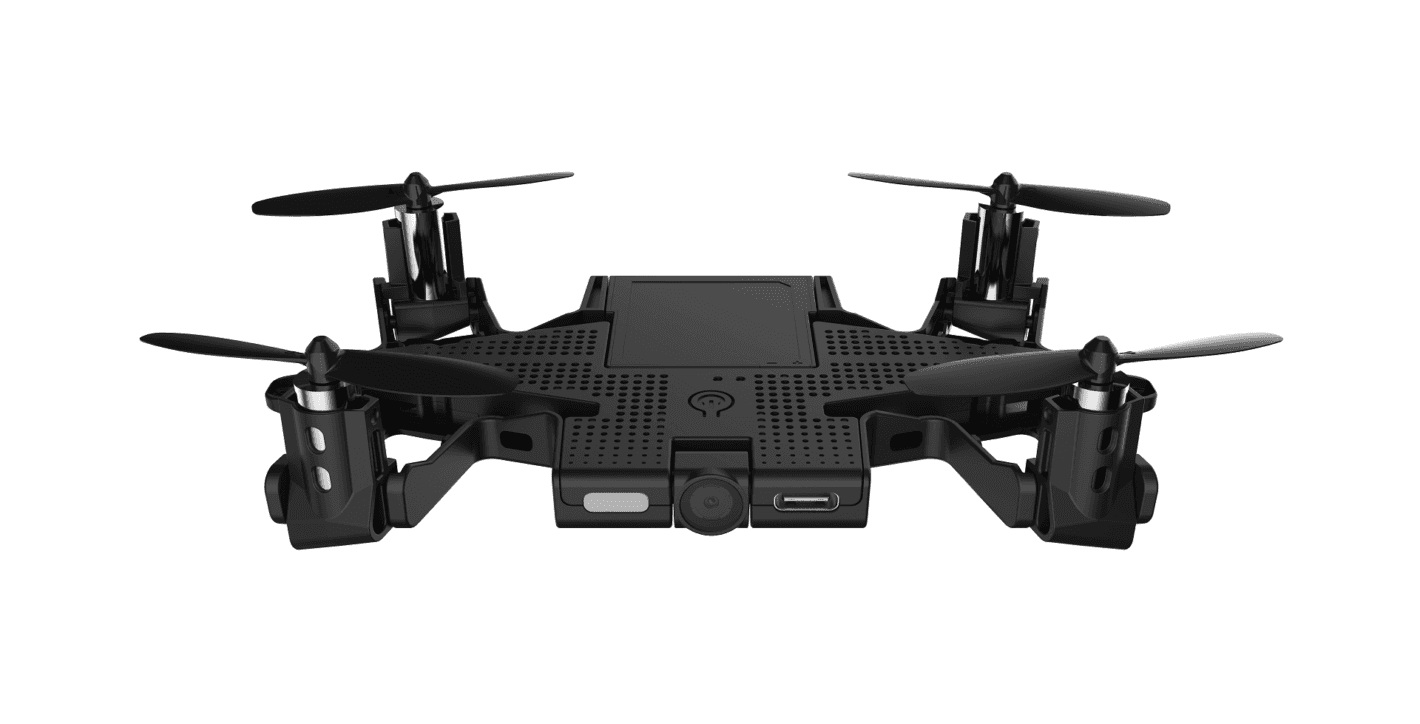 “More photographs are being taken now on smartphones than ever before because the best camera is the one you can always have with you,” said Mike Kahn, AEE’s Chief Marketing Officer. “With a touch of a button, AEE SELFLY springs to life and flies a mission to capture your selfies from high above, from tight spaces or from a distance, as never possible before”

Utilizing high-end stabilisation technology, AEE SELFLY snaps onto most all standard size 4-6-inch smartphones. Its drone wings enable the device to fly itself at the user’s command, delivering distant, tight angle or higher altitude photo selfies or videos. As it hovers in the air, AEE SELFLY waits for commands from an intuitive, easy-to-use and free smartphone app to capture that perfect shot from above.

Equipped with 1080P, full high-definition video capability, the AEE SELFLY has a flight time of four minutes with an approximate recharge time of 30 minutes, and is compatible with both Apple iOS and Android devices.

Great Tech Gifts For the Car Enthusiast In Your Life