Granting anticipated updates to a few of it’s most popular devices, Apple unveiled various hardware refreshes in Brooklyn this week with the introduction of a new iPad Pro, MacBook Air, and Mac Mini.

The event, which was held at the Brooklyn Academy of Music, follows on from Apple’s first keynote event back in September where the tech giant unveiled the latest iPhone XS, XS Max and iPhone XR.

Although the device maintains it’s 12.9-inch display, the body is much thinner, resulting in being 15% smaller than previous models. Similar to the newly released iPhone XR, the tablet features an edge-to-edge LCD display and is available in both 11 and 12.9-inches. 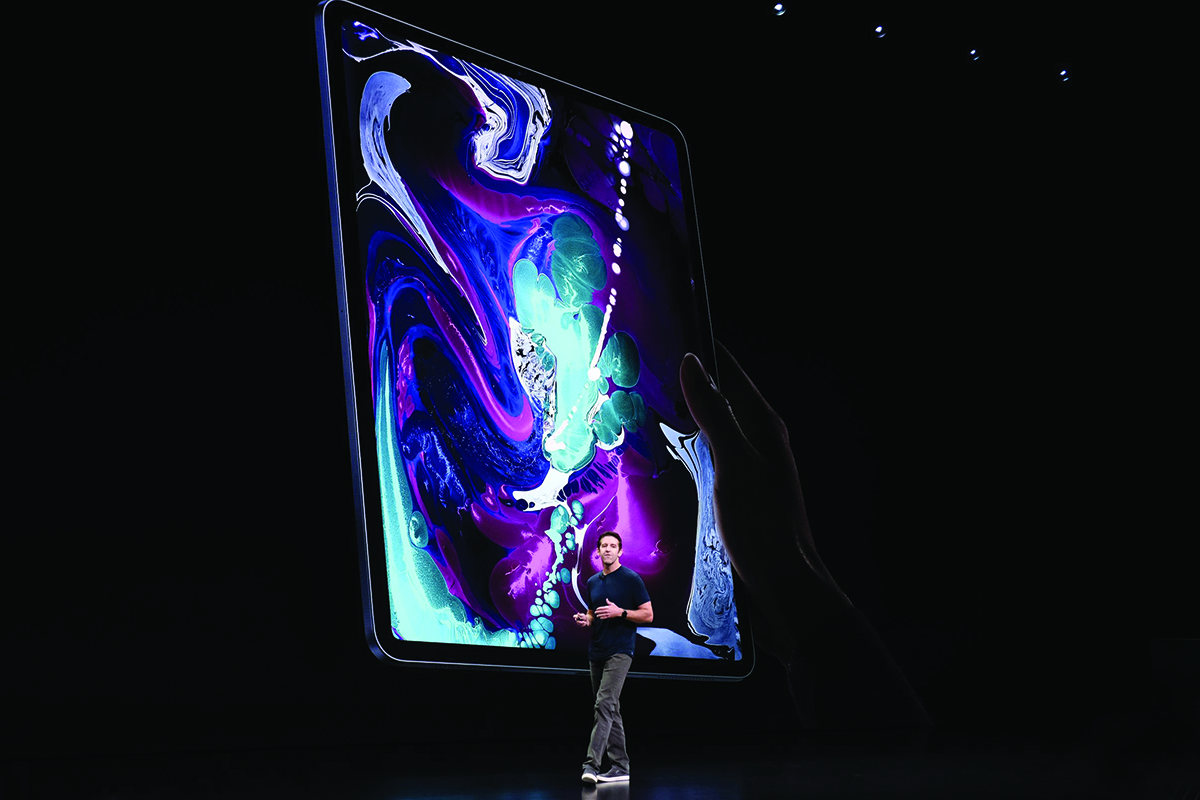 Stating that it makes the tablet 35% faster, Apple unveiled that the refreshed iPad operates on an excelling A12X bionic chip, a notch that is more powerful than the company’s flagship XS and XS Max smartphones.

Alike Apple’s high-end iPhone XS and XS Max, the tablet does not include a traditional headphone jack. So customers will need to adopt the use of wireless headphones or purchase an adapter to plug in. The device has swapped the Apple lightning jack with a USB-C port, which will allow users to connect to accessories like a digital camera and high-res desktop displays. 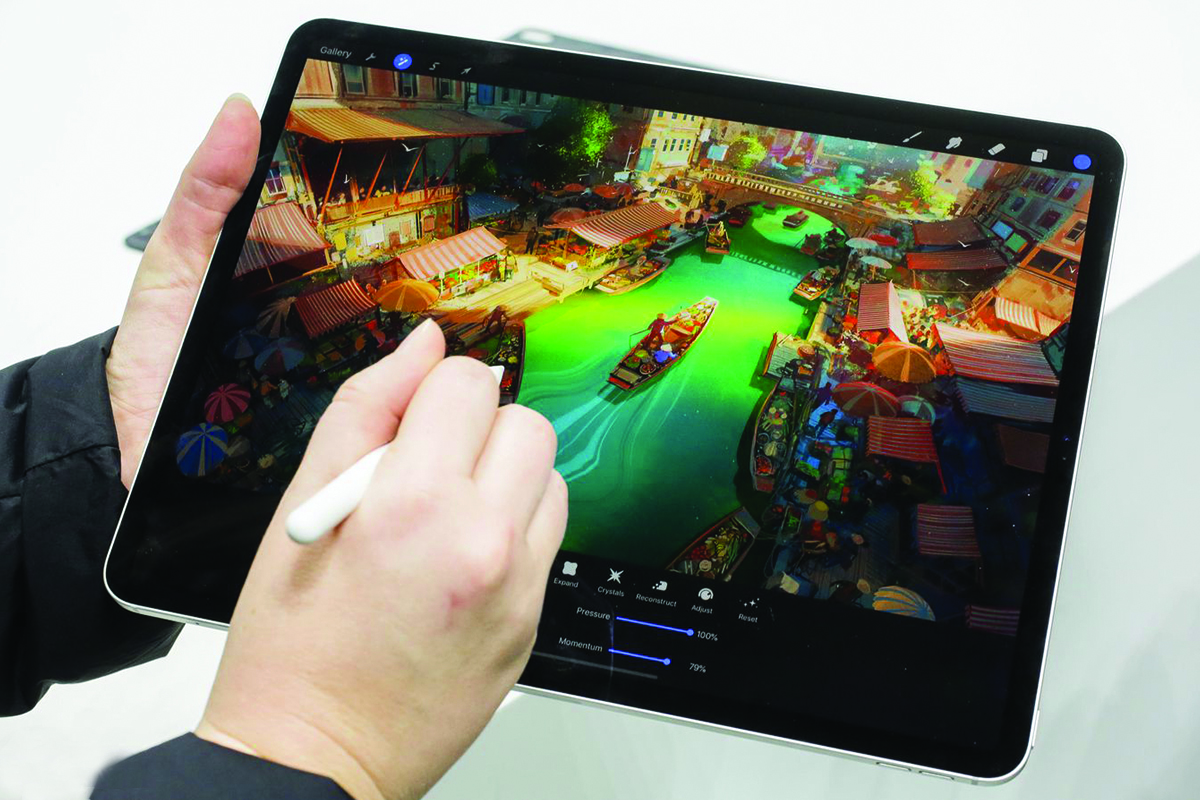 Apple Pencil: Apple has updated the iPad Pro’s high-tech stylus, the Apple Pencil. The devices pencil connects magnetically to the side of the tablet to automatically charge.

You can order the new iPad Pro direct from Apple.

Alongside a 13.3-inch, edge-to-edge retina display, the updated MacBook Air comes with Touch ID which allows users to unlock the laptop by scanning a fingerprint, a third-generation butterfly keyboard, and bezels that are 50% slimmer.

Bringing an even more portable design to the desired notebook, the 2018 MacBook Air delivers all-day battery life, audio speakers which are 25% louder, and built-in Siri. 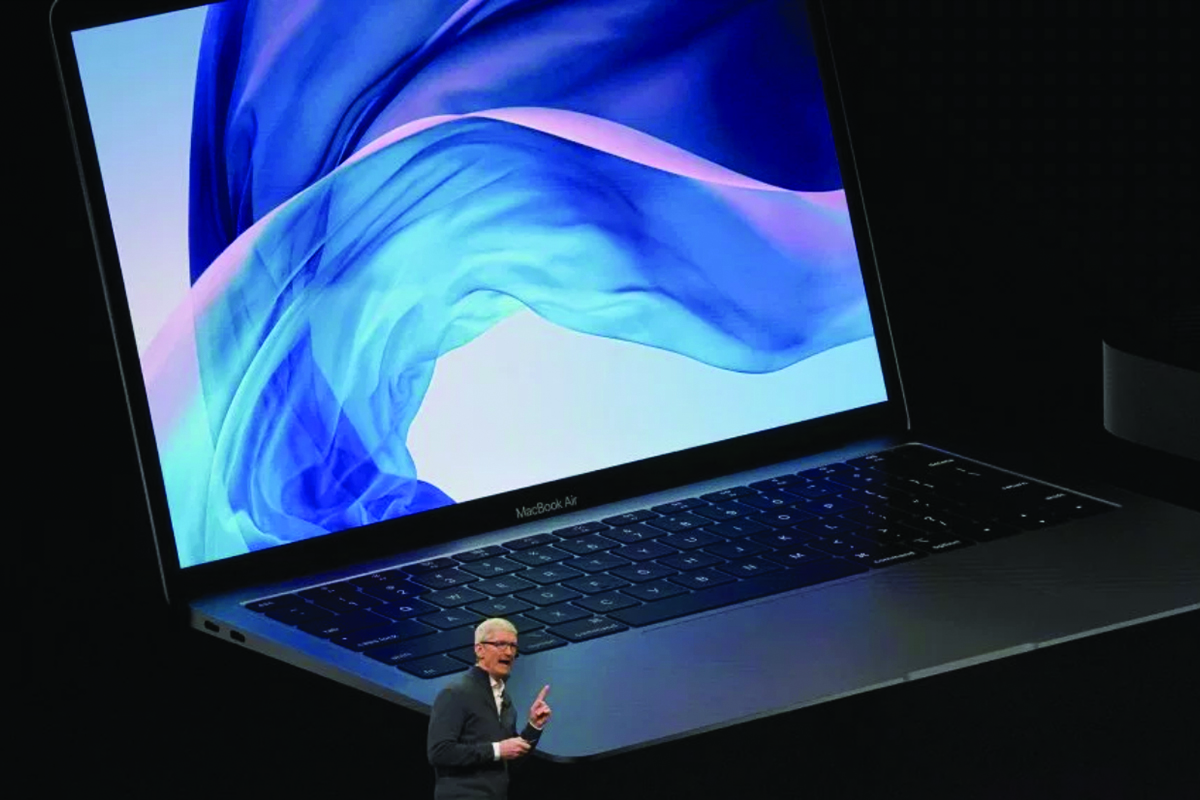 The new MacBook features an 8th generation Intel dual-core i5 processor, Intel UHD graphics and up to 16GB of RAM. Additionally, the device features SSDs that reach up to 1.5TB in capacity. 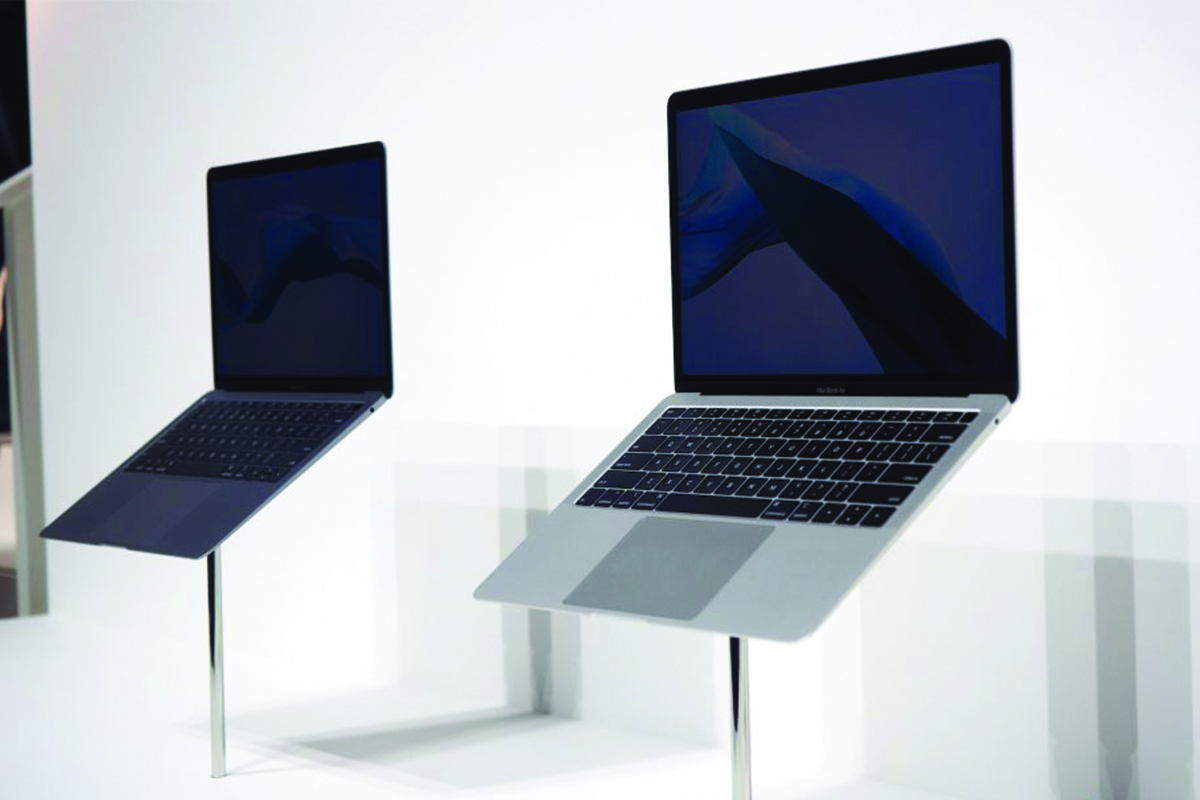 “Redesigning MacBook Air started with a stunning Retina display and all-day battery life, and then we added Touch ID and the Apple T2 Security Chip, the latest processors, incredible sound, the third-generation keyboard and Force Touch trackpad, high speed Thunderbolt 3 ports, and of course macOS Mojave in a beautiful, thinner, lighter, all-aluminum design that a whole new generation of MacBook Air customers are going to love.”

Prices start at £1,199 and increase with the addition of more memory. The MacBook Air is available in gold, silver and space grey and is open to order direct from the Apple store today.

The Mac Mini, a desktop computer which connects to an external monitor,  was also introduced at Apple’s big event in Brooklyn.

With up to 5 times faster performance, the updated device features an 8th generation 6-core or quad-core processors and can support up to 64GB RAM and 2TB of flash storage. 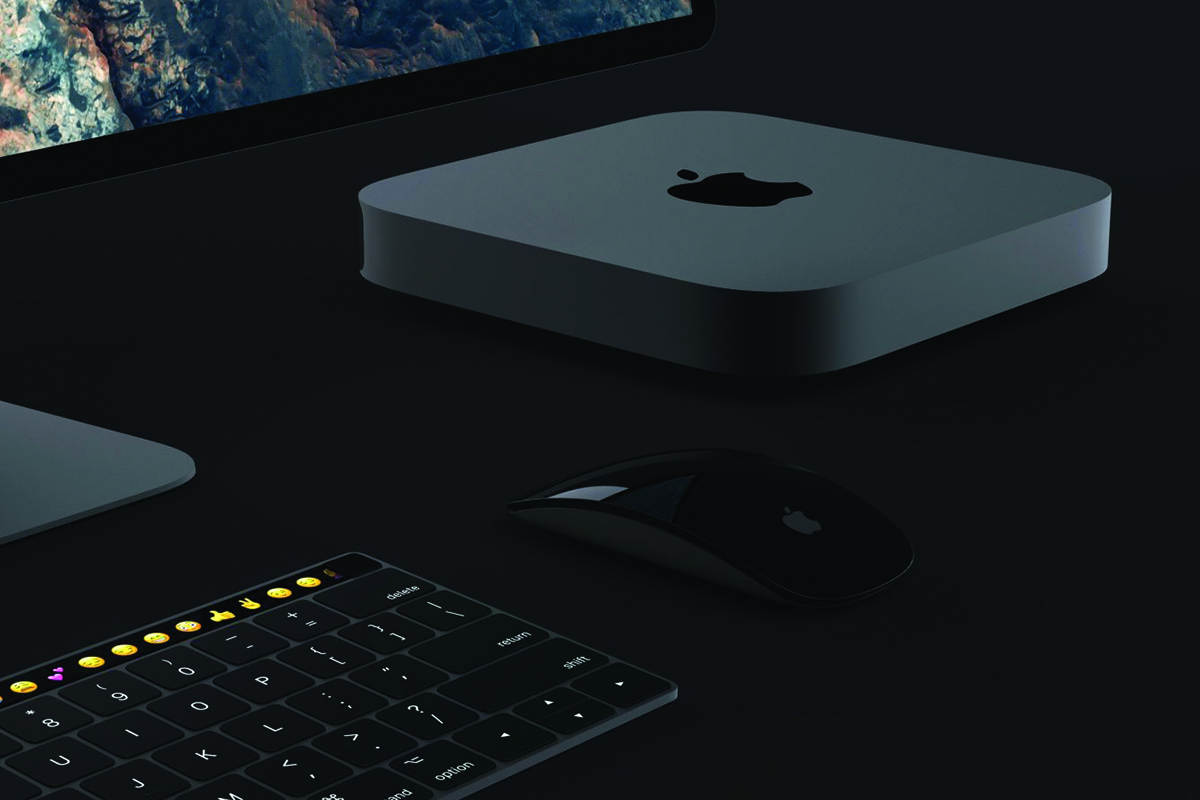 “Mac mini is loved by customers for its ability to be used in incredibly diverse environments — from casual desktop use, to live professional performances, to multiple Mac mini computers powering through video renderings and compiling software code, to racks of thousands in giant app build farms — anywhere a small-but-mighty Mac is needed to get the job done.”

As the Mac Mini hasn’t been updated since 2014, Apple has made sure to include some big updates, including its new T2 security chip. Additionally, the Mac Mini features a range of ports which include four USB-C ports, an HDMI, Ethernet, and two USB-A ports. 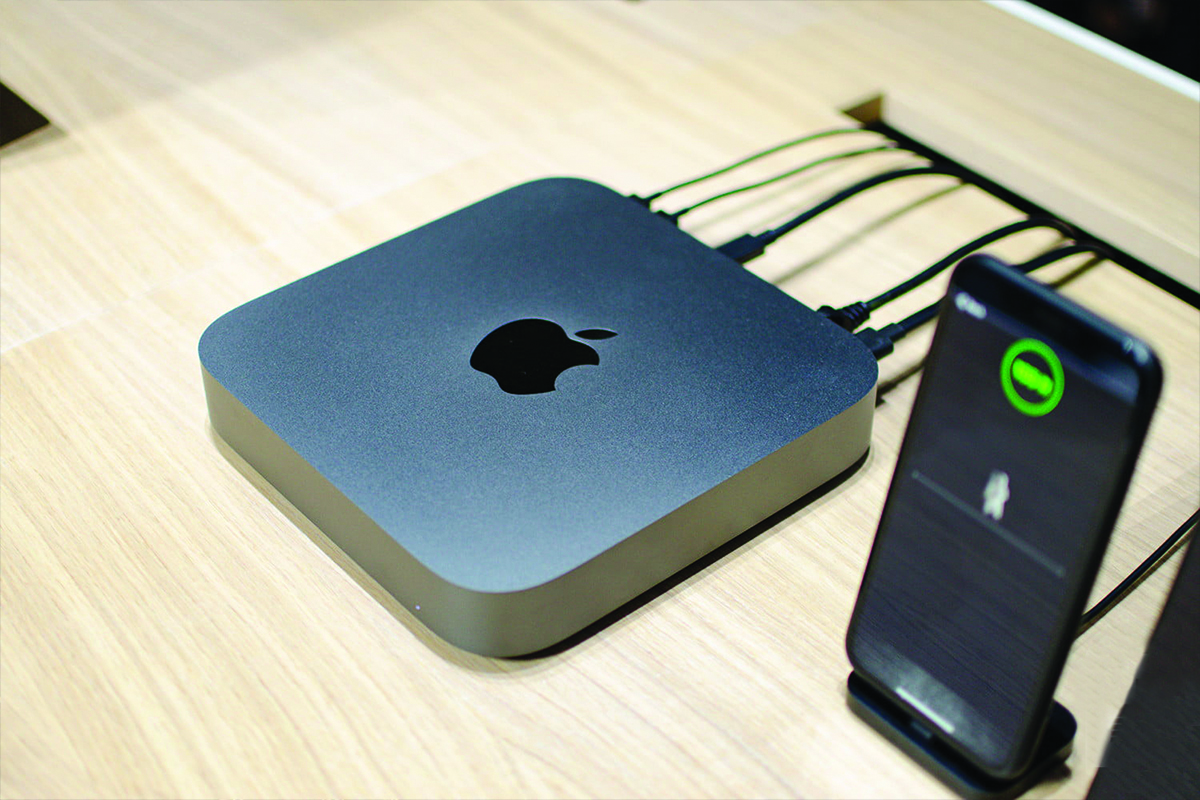 The New Mac Mini is available to order direct from Apple today and starts at £799.

Watch a summary of what was announced during Apple’s event in just 9 minutes:

If you are thinking about purchasing one of Apple’s newly refreshed products or own an Apple device already, then be sure to visit our website to get all the accessories you need to compliment your flash new devices.